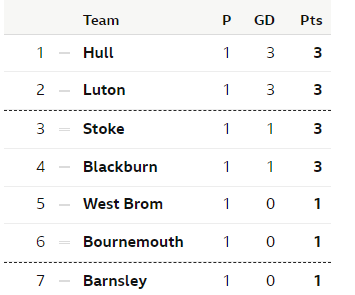 "We're top of the league!
We're top of the league!
We are Hull City!
We're top of the league!
The new English football season kicked off today. In The Championship, newly-promoted Hull City beat Preston North End by four goals to one at Deepdale, Preston. What a great start to the season! Only forty five more games to go.
Down in West London I know that ADDY will now be in seventh heaven with a couple of bottles of "Babycham", celebrating The Tigers' victorious start to the season. Jenny in Nova Scotia  will be dressed in her Hull City replica kit, bouncing with glee upon her sofa with a can of "Hippie Dippie Pale Ale" in her mitt. There will  be similar scenes in Todmorden, West Yorkshire where Thelma's daughter will be astonished that her mother has become a football fanatic. And also in Spain, Senora Carol (aka Coppa's Girl) will be treating herself to a two litre carafe of Sangria. Meantime in Ludwigsburg, Germany Meike and The Mysterious Sister will  be singing Hull City's theme song in the palace grounds: "Take my hand, take my whole life too/ For I can't help falling in love with you!"
In an Irish cottage, above the raging sea, tears of joy will be cascading down Dave Northsider's cheeks while JayCee in Ramsey on The Isle of Man will be ironing Lord Peregrine's sagging Y-fronts with gay abandon as she hums the same old Elvis song embraced by the sisters from Baden-Württemberg. Over in Lloyd, Florida and Florence, South Carolina two shy American visitors to this humble Yorkshire blog will be going wild with unbridled delight like broncos at a rodeo. Yee-hah!
By the way, looking at the top of the Championship table shown at the head of this blogpost I declare that I have been to every town on the list. I have also been to all of those football grounds apart from Luton Town's stadium at Kenilworth Road. Am I boasting? I guess so. I know that West Bromwich isn't  Monte Carlo and Barnsley isn't  Asuncion but these towns are exotic places in their own right... "unusual...different".
Now if you will excuse me. It is 8pm and time for some Saturday night grocery shopping at "Lidl". Bye-bye! 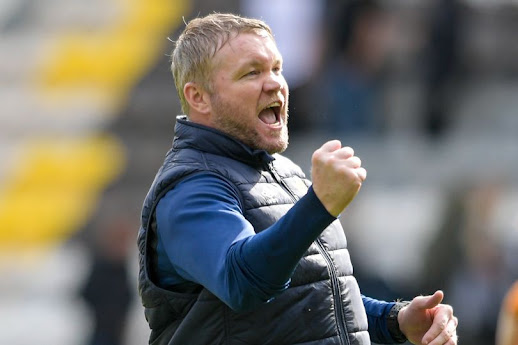