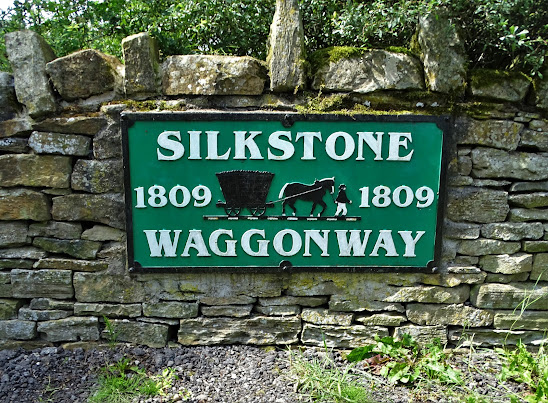 Up the M1 motorway and left at Junction 37 to Silkstone. When our children were small, I wanted us to move there or to nearby Silkstone Common or Cawthorne. They are all smashing villages just west of Barnsley. Ian and Frances would then have enjoyed village childhoods similar to the ones that Shirley and I experienced. But the right house never came up and before you knew it, it was effectively too late for uprooting.

Clint was unable to find a suitable place to park his silver butt near All Saints Church so we drove on a mile or two to Barnby Basin where I knew there was a nice little car parking space down the lane along which the Silkstone Waggonway was erected in 1809. Its purpose was to bring tubs of newly hewn  coal to the canal and it serviced the pits around Silkstone for fifty years or more. 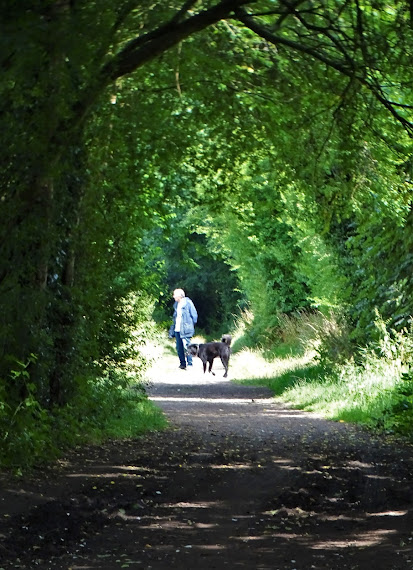 The dog walker before our conversation

It was a lovely three hour walk. The weather was balmy. I spent twenty minutes talking to a dog walker who told me that he has never used a computer and does not possess a mobile phone. At Barnby Furnace a black African man approached me with his teenage son. They had just clambered out of an old blue car. The man held a smartphone in front of me without the courtesy of:  "Hello, can you help me. I am trying to get to a certain garage." On the phone there was a picture of the same car he had arrived in and there was also the address of a garage in Rotherham. I was able to join the dots together and tell them they were lost. I showed them my map but when they left me there was no smile or a cheery "Thank you". It was a strange encounter.

When I reached All Saints Church, I had a close look at the Huskar Pit Tragedy Memorial  erected in 1838. Twenty six children  died when the pit they were working in flooded very quickly during a heavy thunderstorm.  The owner of the pit - R.C. Clarke Esq had some questions to answer about his negligence but was never brought to justice. Here are three faces of the monument for your interest: 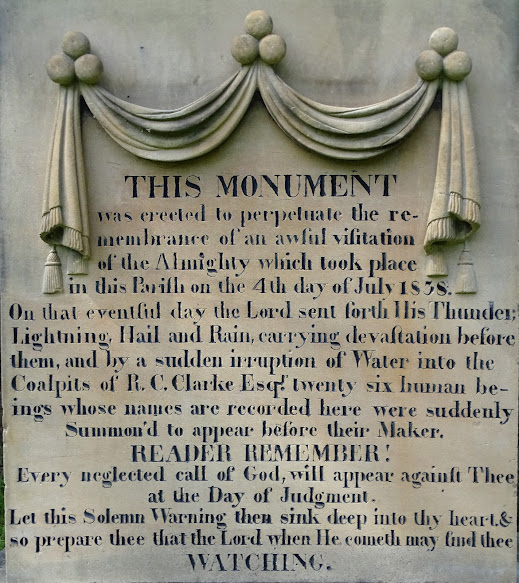 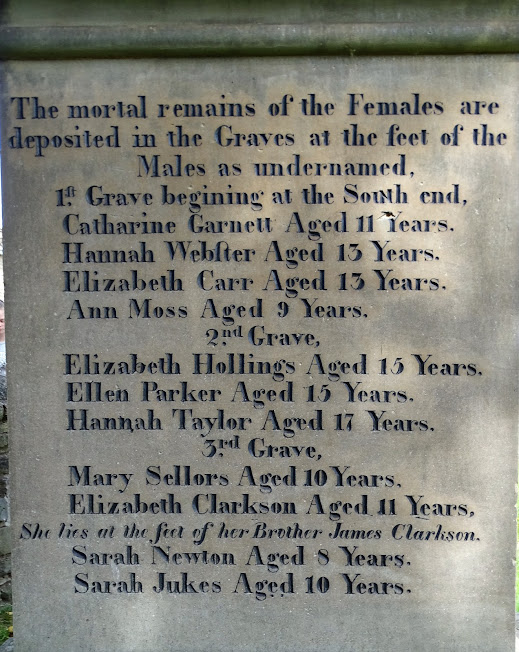 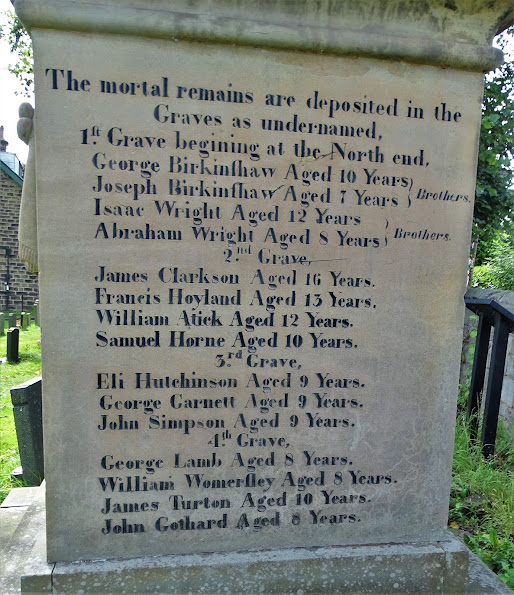