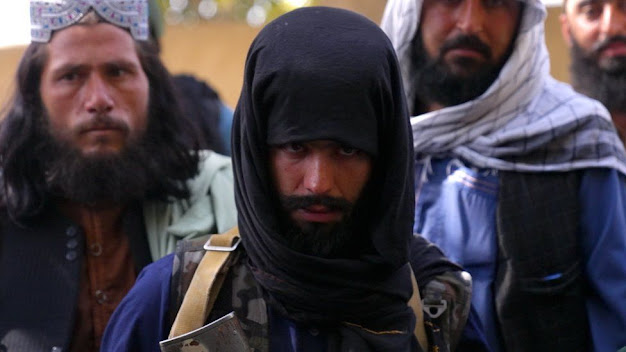 In the Pashto language the word "Taliban" means "students". Indeed, the Taliban movement began amongst students of Islam during the Soviet occupation of Afghanistan (1978-1992).

However, the Taliban fighters we see today are not students. They are bearded warriors from a medieval costume museum riding in battered pick-up trucks or upon motorcycles, clutching purloined weapons.  As well as having plenty of money from opium sales, they undoubtedly believe they have truth and justice on their side. They look into the camera like aliens from another planet.

The way they have retaken their country in just three weeks is breath-taking. It has been so easy. The official Afghan army has been as tough as wet tissue paper. All that money spent on training them and equipping them! They might as well have been provided with a bunch of white flags costing  less than a hundred dollars.

It's as if the clock has been turned back to October 2001 so that the Taliban can continue with their harsh rule - only this time it's a bit different because the legacy of bitterness will have been boosted tremendously by the American-led occupation.

I wonder how the intellectually challenged George W. Bush and his devious lapdog Tony Blair  will now reflect upon their Afghan adventure. All those lives lost and all that money spent - for what? It would have been better to engage with the Taliban leadership and find a way forward that was in tune with the march of history, not attempting to fight against the tide.
It is worth remembering that amongst the nineteen 9/11 terrorists there were fifteen Saudi Arabians but not one  Afghan national.
The last place on Earth I would want to be right now is Kabul. Children crying. Voices raised in desperation. Car horns blaring as rotor blades whirr. Where is the exit door? Where is the golden ticket? And all the while out there in the darkness but alarmingly nearby, the medieval warriors close in with their vindictive holy truth and their Russian guns, promising  a return to their good old days.
It's nice to know that The President of Afghanistan, Ashraf Ghani has already escaped to neighbouring Uzbekistan "to avoid bloodshed". Yup! His own blood!  Whatever happened to captains going down with their ships? 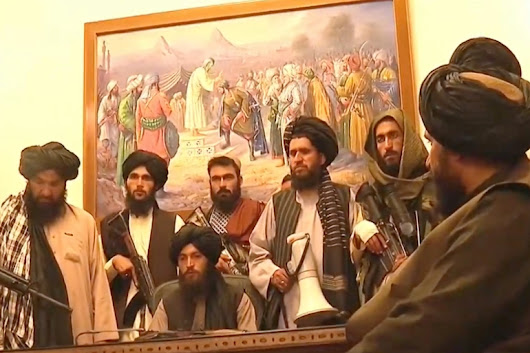