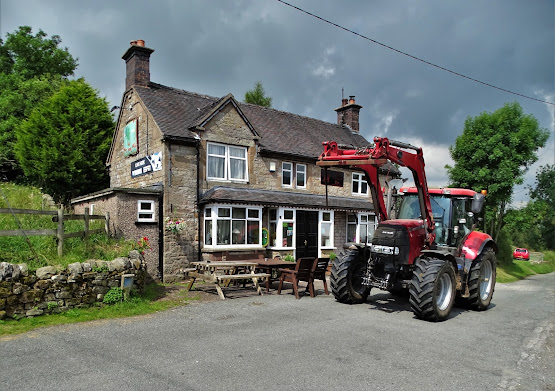 "The Red Lion" pub and a passing tractor in Waterfall

There is a village in the very south of The Peak District National Park called Waterfall. However, there is no waterfall there. It is believed that the name refers to the disappearance or "falling" of water in nearby streams and rivers in  summertime. In limestone country  water commonly goes underground in dry spells.

Yesterday, my silver steed, Sir Clint took just over an hour to transport me to Waterfall via Bakewell, Hartington, Warslow and Onecote. It is situated in an area of the national park where my boots had never previously trodden. 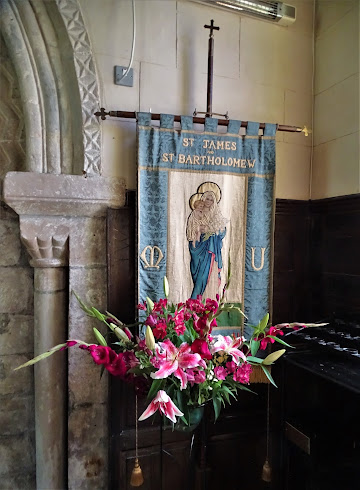 A corner of the parish church in Waterfall

Soon I was off, pausing to visit the beautiful parish church which dates from about 1100 and is dedicated to St James and St Bartholomew. I guess the early villagers couldn't pick between the two.

Then I headed through unruly meadows, following a dry stream to the dried up bed of The River Hamps. Down there I encountered several leisure cyclists following the paved track  that leads for two miles up to The River Manifold which was also devoid of water. The river valleys are deep here and the summer vegetation was often head high - protected for hundreds of years from the worst of wind and storm. 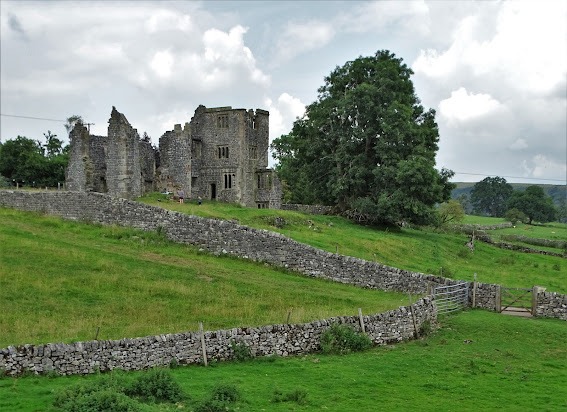 The ruins of Throwley Hall

I plodded away from the Manifold Valley up the hillside to Throwley Hall - a ruined manor house in a spectacular setting. The village of Throwley was abandoned in medieval times.

Then on to Calton where I became a little disorientated in relation to my map and lost twenty minutes of precious time. You see I had a dental appointment near home at 5.40pm. Discovering my mistake, I had to march like a soldier on a mission to cover the last mile and a half of the walk. 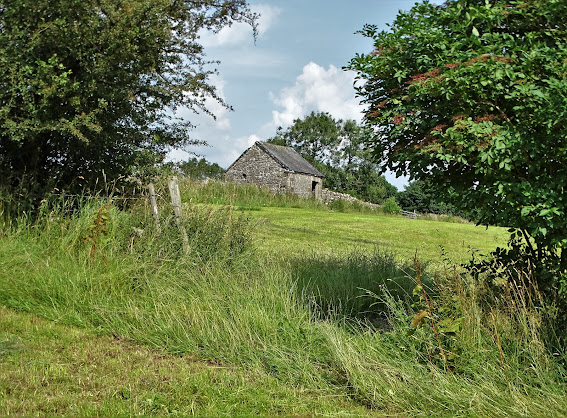 I jumped in Clint's cockpit and drove home as quickly as I could - though along the way I was stalled and tormented by three or four very slow vehicles which drew vulgar terminology from my inner library of expletives. Fortunately, the drivers could not hear this Anglo-Saxon language but Clint giggled and said "Calm down old chap!"

Securing dental appointments in these COVID days is problematic so I was delighted when the receptionist said I was okay even though I had arrived at her desk three minutes late. I mean who would want to miss out on the opportunity to have a dentist in a visor poking around inside your open mouth? 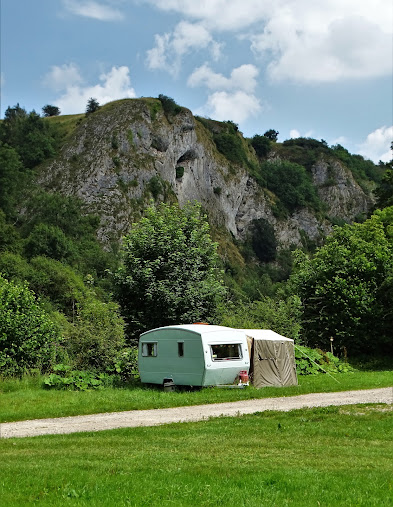