Such a long flight from Santiago to Madrid with Iberia. No individual entertainment screens and once again I was berated by a stewardess for daring to look out of the window...I mean why do they think many people prefer window seats? This time the issue was the crappy Harry Potter film being shown on the central drop down monitors. Daylight coming in would spoil the viewing. I looked around but nobody seemed to be watching it anyway. Harry sodding Potter! Again I ignored instructions and looked down upon the rainforest of Brazil.

Frustratingly, when we touched down at Heathrow - pretty much on time, the plane had to sit on the tarmac for over forty five minutes waiting for a parking space at Terminal 3. Because of this I missed my 11.30 National Express bus connection back to Sheffield by no more than three minutes. Had to then wait till two in the afternoon.
So good to see Shirley again after almost three weeks apart but it's cold here and today has seemed amazingly short. Half of me is still over there in South America but I have to pinch myself to believe that I have really visited "the navel of the world" and touched the rough volcanic texture of a moai's face. Here are five pictures I took on the island... 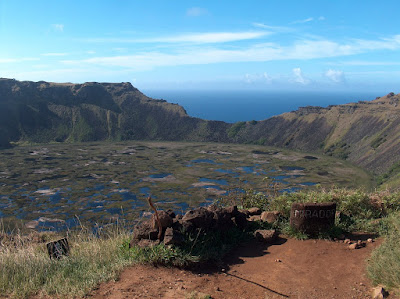 The crater at Rano Kau looking towards Orongo. 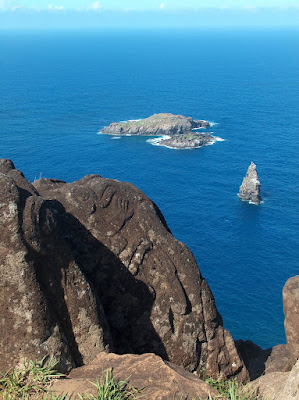 Birdman petroglyph on the cliffs of Orongo 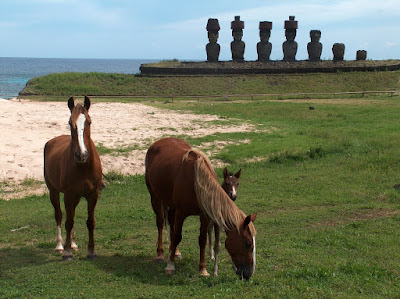 Horses grazing near the great "ahu" at Anakena 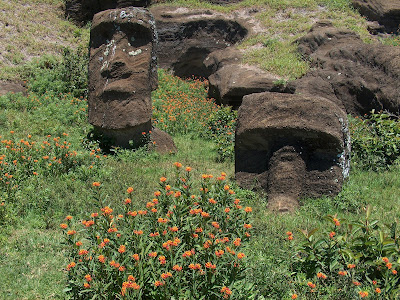 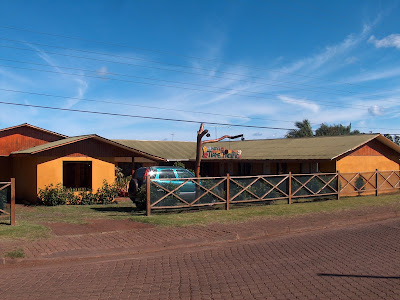 The lovely Hotel Tiare Pacific where I stayed.