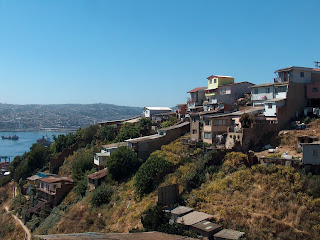 Valparaiso is Chile's premier seaport. Hills tumble down to the thin "plata" area adjacent to the port. Hence the city boasts no less than fifteen funicular railways that look as though they have not been modernised since they were constructed a hundred years ago.

The day I was there I was the sole passenger on the Ascensor Artilleria that lifts you up from the plata to the Naval Museum. I marvelled at the marine panorama before me. In the bay were container ships and the unmistakeable darkly elegant shape of a submarine just off shore.
I aimed to remain at that high level, planning to stroll horizontally around the roads that weave around Valpo's hills before dropping to the Concepcion area that was largely responsible for winning the city its treasured World Heritage status with its "improvised urban design".
So there I am strolling along at half ten in the morning, occasionally stopping to snap images of that colourful improvisation that grew without planning retrictions. I am looking out on a jumbled hillside in the sunshine when a man and a woman approached me all in a panic.
They were probaby in their forties and spoke no English whatsoever but I got the gist of what they were trying to tell me - that the area was dangerous. Bad "hombres" would come and steal my bag and my camera, maybe even slit my throat. The concern in their eyes was genuine and though I wanted to continue with my morning stroll as planned, I allowed them to more or less push me onto a local bus for the descent back to the plata.
Later I had a lovely three course lunch on the terrace of the Hotel Brighton - a distinctive orange and white building that overlooks the Sotomayor Plaza - where I chatted to the manager of a crane hire firm. The view from that terrace was spectacular and the lunch deal I chose was even called "Menu Bahia Vista" - View of the Bay menu. Whilst in translation mode, it tickled me to discover that Valparaiso simply and literally means "Paradise Valley". Given its rough seaport reputation it isn't a name you would automatically choose for the place.
There is a noticeable British influence around the city in street names, children's schoolwear and in certain buildings. Back in Victorian times, English merchants and bankers were prominent in Valpo. There is even a "British Arch" in the main avenue that runs parallel to the seafront.
Valparaiso Gallery:- 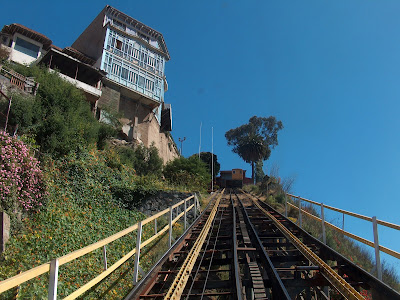 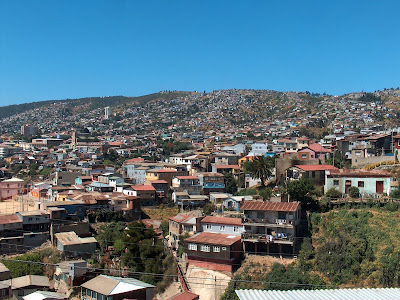 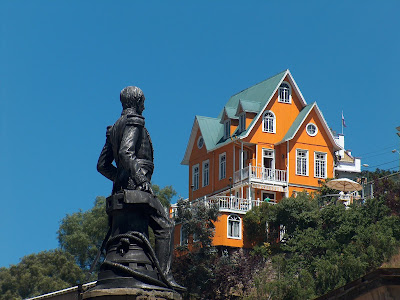 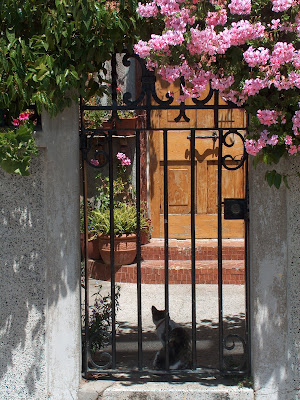 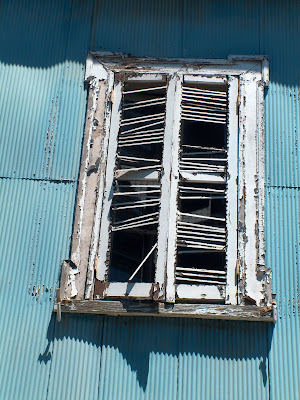 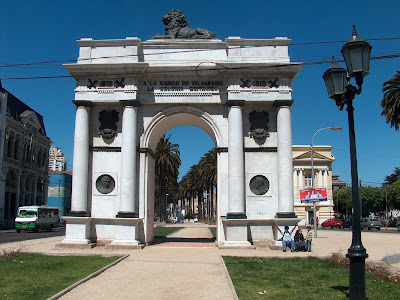