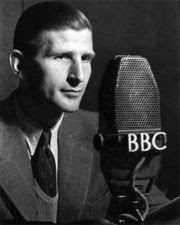 In Great Britain we have an affectionate nickname for the British Broadcasting Corporation. It's simply "Auntie". When I look back, I can see how the BBC has been as constant in my life as a close family member. It was in the year that I was born that television sales in our country mushroomed ahead of Queen Elizabeth II's coronation. I remember that as a small boy I delighted in  "Andy Pandy", "Bill and Ben" and "The Woodentops" - all courtesy of the BBC.

In my travels around the world, I have never discovered a better provider of television than "Auntie". It is so nice to watch programmes all the way through without the irritating interruption of commercials and that's just one reason why you will very rarely find me watching any other channels. There's no way I would subscribe to "Sky" with its associations with Murdoch and News International. They have stolen so many of the BBC's innovations - achieved over decades.

But my main reason for  writing this post this morning is to praise the BBC for its marvellous and comprehensive coverage of the London Olympics. So much of the camera work was brilliant - from quivering slo-mo arrows at the archery to shots that fell in synchronisation with the high board divers. All sports were covered with technical imagination, passionate and knowledgeable commentary and visual excellence. Expert studio pundits like Michael Johnson and Denise Lewis provided helpful insights into the techniques and pressures of top class athletics.

It was both a sporting and televisual feast and in spite of the horrendous cost of it all, like most true Britons, I am immensely proud of what our country has just presented to the world. I'd rather see our money going to a brilliant Olympic Games than to pointless military confrontation in Afghanistan. The Olympics seem to have lifted the nation and it was kind of the BBC News to shelve many of the usual mournful topics for the duration of the Olympics. The greed of bankers was replaced by Usain Bolt playing up to the camera and economic stagnation was replaced by Sheffield's own golden girl - Jessica Ennis weeping happily on the medal rostrum.

The BBC attracts many knockers - not least the Public School Nasty Party (i.e. The Conservatives) who have regularly accused the organisation of left wing bias. I find that accusation flabbergasting as all my life I have detected something of a right wing public school bias in BBC arts and news programmes. Not surprising when you investigate the social backgrounds of key players at The Beeb. - they tend to hail from the south east having gained their education in the same privileged schools and universities that members of the Public School Nasty Party attended.

But today straight after The Games, British people ought to be immensely proud of the BBC's excellent Olympic coverage and give Auntie a great big smacker on her powdered cheek. It could hardly have been any better. It just goes to show once again what human beings are capable of when they work together in teams to achieve shared goals. Perhaps more impressive than the feats of outstanding athletes, Well done Auntie! 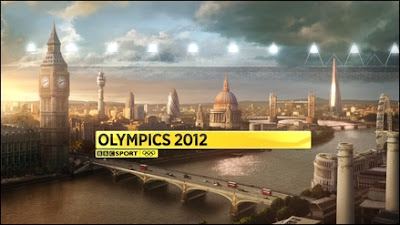