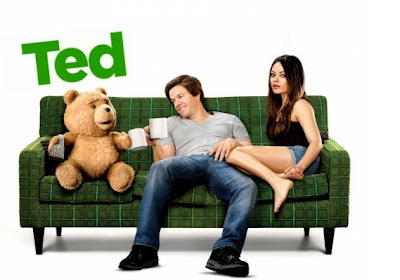 On Wednesday night our house was to be invaded by women so I had to escape. Shirley is leading the launch of a new Women's Institute group in our neighbourhood. For me it's like deja-vu because in the sixties my mother Doreen was the mainspring in setting up the first Women's Institute in the East Yorkshire village where I was born and raised. Women's Institute - The Wild Indians. No place for cowboys like me.

I hadn't been to the pictures for a while (Yanks - read "movies")  so I drove into town, parked up behind Sheffield Hallam University students' union and dawdled over to "The Odeon" on Arundel Gate. I had to pay the enormous sum of £7.20 for my ticket but I didn't feel too bad about that as I had just found a ten pound note fluttering on the pavement (Yanks - read "sidewalk"). I wasn't in the mood for anything too highbrow. Sometimes you just want lightness in your life and perhaps a few belly laughs too so I make no apologies for selecting "Ted" starring Mark Wahlberg, the gorgeous Mila Kunis and an animated teddy bear called simply "Ted".

Ted swears, jokes, smokes marijuana, invites hookers (British and Commonwealth visitors - read "prostitutes") round to party, gets drunk and drives cars badly but he is mainly Mark Wahlberg's best buddy (aka "friend"). They have been together for years. In fact MIla Kunis (not a rude activity) sees Ted as an obstacle in her developing relationship with Mark Wahlberg and much of the film is about her coming to realise that she needs to accept Ted and not to view him as some kind of adversary. The setting is Boston, Massachusetts. And one dramatic scene unravels at Fenway Park, the home of the Boston Red Sox baseball team.

It's a very silly film with a predictable plot line but I chuckled several times and it filled a couple of hours nicely. The cinema was three quarters full but when the lights went up and the audience headed for the exit, I realised that there were no other forty, fifty or sixty somethings to be seen. All the other cinemagoers were in their teens, twenties or thirties. I half expected them to sneer at me - "What you doing here granddad? Where's yer zimmer frame?" Ah well.

When I got home, The Wild Indians were still having their pow-wow so I sneaked off to the pub to meet up with a good friend of mine - Joshua Tetley! 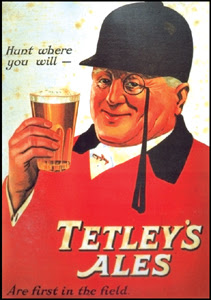