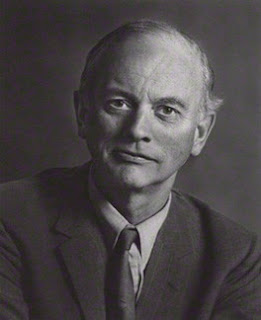 This portrait hangs in Britain's National Portrait Gallery, just behind Trafalgar Square in London, but who is he? His name is Joseph Cyril Bamford, born in 1916 but who departed this life in 2001. Raised in Uttoxeter, Staffordshire, you could not say that he was born into penury. In fact, his family - the Bamfords - were already big in the world of agricultural vehicle manufacture - mostly trailers.

After World War II, Joseph sought to develop innovative ideas in  the business he had grown up with. It wasn't long before he became slightly obsessed with hydraulics and dreamt up the first prototypes for what we  now know as JCB diggers. He was extremely hard-working and ploughed most of his company's wealth back into development. One special feature of his philosophy as a manufacturer was to actively look after his workers - rather like the Cadburys of Birmingham and the Rowntrees of York. They were paid well above regular national rates and enjoyed numerous other benefits such as  leisure time  access to the sprawling  grounds of the company's Rocester factory in eastern Staffordshire. Bamford was also adept at marketing which is why early on he selected the familiar bright yellow colour for all JCBs.

In his lifetime, he became a billionaire and retired to Switzerland as a tax exile - depriving the British Exchequer of significant funds that would have otherwise been deducted from his private fortune. In spite of this selfish financial ring-fencing, there was a time, in the middle of his success when he grew vegetables and quietly bragged that his wife had made all of the curtains in their home.
JCB diggers are incredibly robust machines. The company has been a British manufacturing success story for sixty years. You see them everywhere and without JCB diggers how would our motorway network have been built? How would foundations have been dug on new housing estates? How would the authorities have completed the construction of London's Olympic village on time and under budget?

He wasn't a poet or a singer, a politician or a pianist. He didn't play cricket for England or score the winning goal in an F.A. Cup Final but Joseph Cyril Bamford has played an important part in transforming our country. His distinctive bright yellow diggers are everywhere and even my electric hedge cutter is made by the JCB company. He's an almost unsung English hero and I salute him. 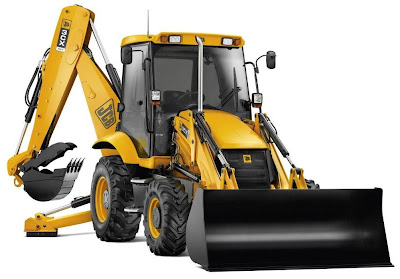