So incensed was I about the mugging that I decided to take a day off school yesterday and return to Ayutthaya to try to track down the dirty little mugger.

Very close to the place where the robbery took place, I waited in a motorcycle tuk tuk owned by an Indian immigrant called Mr Rashid. We had agreed a price at the railway station. We waited in the hot afternoon sun for ages as I scrutinised every passing motorcyclist and I was starting to give up hope but around five o'clock I saw him - the little scrote with his acne-exploding complexion, just tootling along with my "Berghaus" rucksack on his back! How dare he? 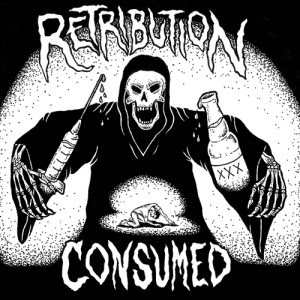 We followed the sad excuse for a human being through a series of small settlements. Mr Rashid kept a suitable distance between us and then we watched while the unsuspecting robber turned into a dusty gateway. Rashid parked the tuk tuk and I tiptoed towards the property that the odorous rapscallion had entered. It was ramshackle but had a whopping satellite dish secured to the shady bodhi tree in the yard.

Surprisingly, the brown dog on the verandah just kept sleeping so I was able to creep up to the open window whence I peered in. Damnable villain! He was wearing my bush hat from Akaroa in New Zealand and my very cool sunglasses from Phnomh Penh, Cambodia. The treasured camera was on the rickety old dresser under a picture of King Rama IX and my copy of "Dreams From My Father" by Barack Obama had just been chucked down on the floor.

I knocked on the door and I could hear the scrote stumbling towards it. He saw me standing there and probably had no idea who I was. I snarled quietly, "Prepare to meet thy maker!' before grabbing him round the throat with my right hand. Adrenalin was pumping through me. I lifted him off the floor and wrestled him out to the bodhi tree  where I tied him up with some rusty old chain that I found in a heap near the gateway.

He was screaming something in Thai and the brown dog had started barking but I felt no sense of mercy. I dragged his Honda motorcycle into the middle of the yard before setting fire to it with the robber's own lighter. There was an explosion that must have been heard through the entire neighbourhood.

Then I went into the ramshackle dwelling, finding some old rechargeable electric hair clippers in the cupboard. I brought them back outside and proceeded to give the scrote a haircut. I shaved it all off and the top of his left ear too. It wasn't my fault that those rusty clippers had seen better days. I yanked down the satellite dish and bent it double. Crimson blood ran down the side of his face in rivulets and he was screaming hysterically. I pummeled him in the diaphragm a couple of times as if I was belting a punchbag in a gym before grabbing the stolen booty and jumping back into Mr Rashid's tuk tuk...