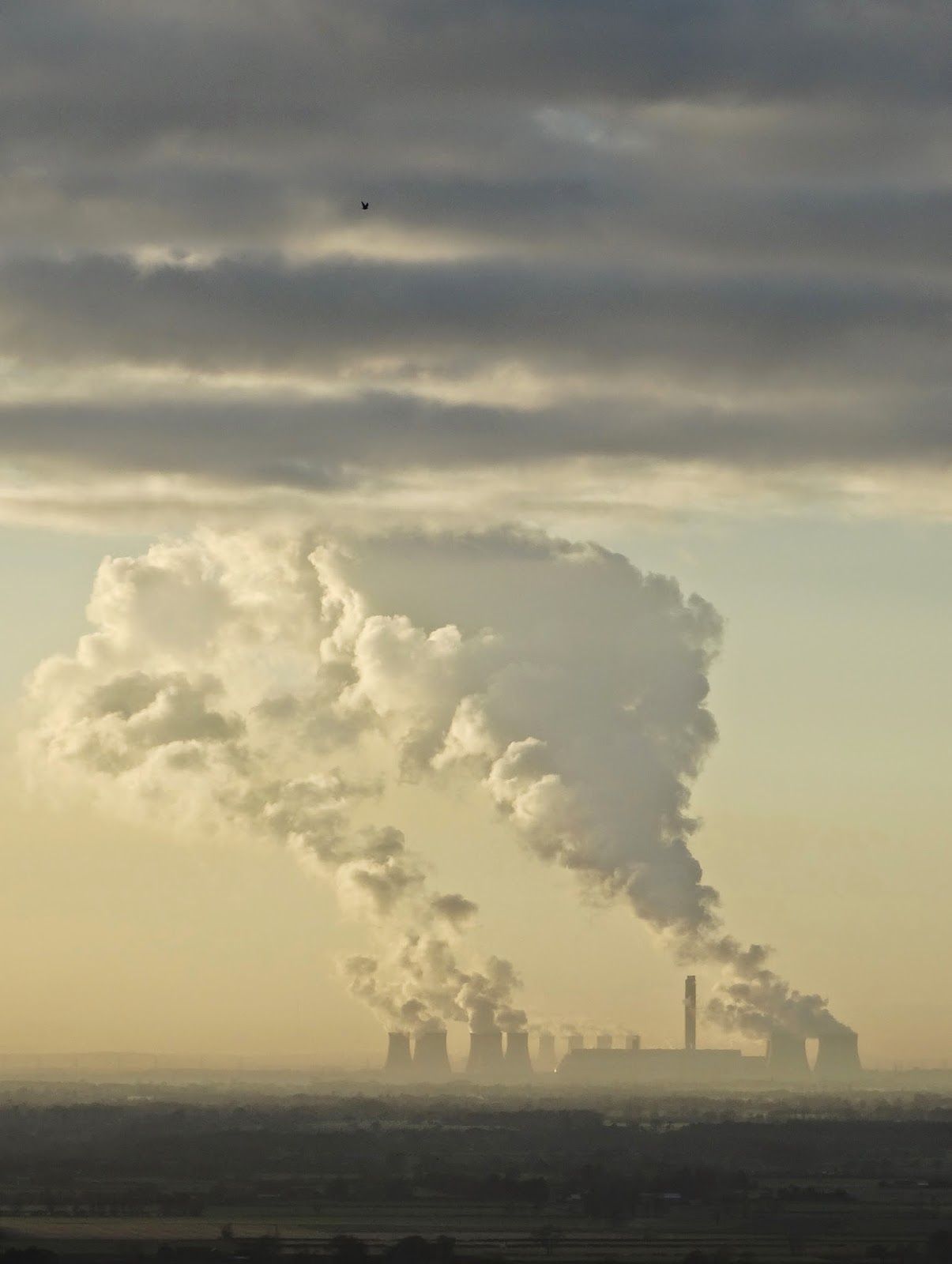 From Beverley, there's a road that strikes out westwards over The Yorkshire Wolds. You cross ancient commonland known as Beverley Westwood and soon you are in the "traffic calmed"village of Walkington with its duck pond and pretty houses. Then the road climbs towards a group of farms on top of the chalk wold at High Hunsley. Half a mile later and you see a panorama of The Vale of York - its broad acres stretching out like a carpet  About eighteen miles distant there's Britain's premier coal-fired power station at Drax. It pumps out plumes of steam and smoke that merge with the clouds. Above my picture of Drax from High Hunsley - snapped last Wednesday afternoon and below a picture of the same power station captured last April from the Barmby Barrage - across the River Ouse. 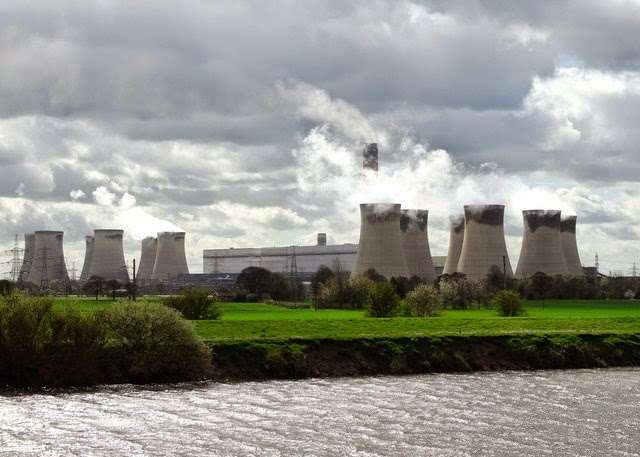