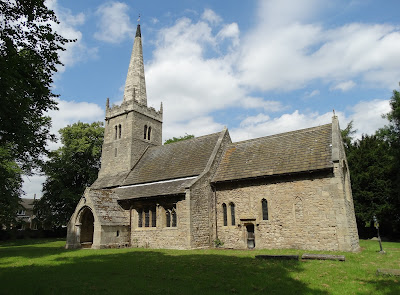 
Roving to the north west of Doncaster yesterday. I stopped to have a look at a beautiful Grade I listed parish church in a small village called Marr. It's The Church of St Helen and was mainly constructed in the twelfth century. See above.

Then I parked in Pickburn, donned my boots and set off northwards to another small yet equally historical village called Hampole. On the way I saw a few more of these ubiquitous wind turbines:- 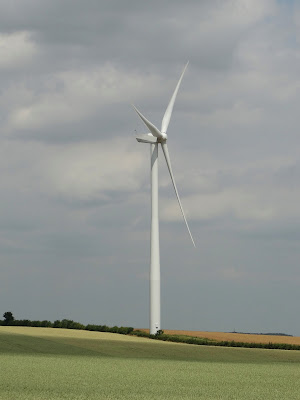 They are like monuments to something but I am not sure what - perhaps to desperation or to optimism. I walked through Hampole Wood where there were several signs - "No Public Access", "Private Land", "Keep Out" etcetera. I was wondering what they had to hide but the track itself is a public right of way. 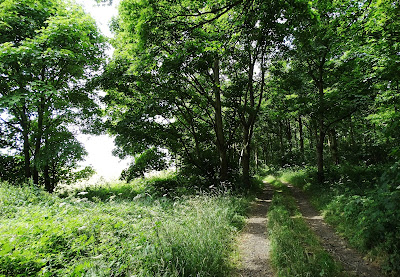 From Hampole Wood, the path to Hampole was chest high with tall grasses and other vegetation. Clearly not many rambling rovers plod that way. And then I came to Hampole itself where I was immediately struck by this abandoned building:- 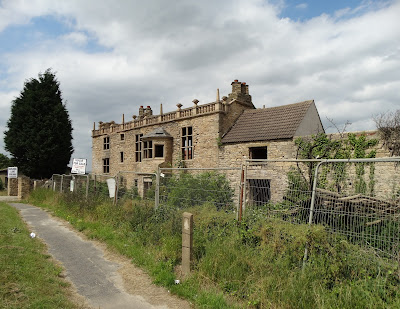 It's called Ivy House Farm and it is up for sale for £400,000 but any would-be buyer would surely have to factor in another £200,000 to bring the ancient property back to life. I wandered around the back but the tumbledown state of the place put me off going inside.

Back home I discovered that Ivy House Farm, also known as The Doctor's House,  has some intriguing secrets which were reported in "The Daily Mail" back in 2013. You can read about it all here.