Plodding along this autumnal track where South Yorkshire meets West Yorkshire. But where is it leading me? 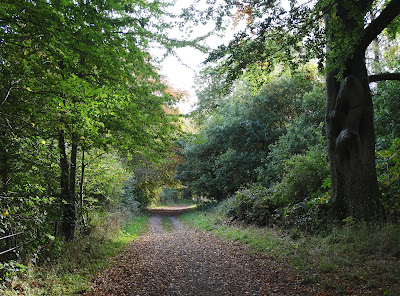 To the poppies. The poppies. The same ceramic poppies that flooded out of The Tower of London last year. One poppy for every British and British Commonwealth soldier who lost his life in World War One. A sample of those poppies have come north to The Yorkshire Sculpture Park, like a wave flooding from one of the estate's old bridges. The position of the sun was a little awkward for photography but I tried my best:- 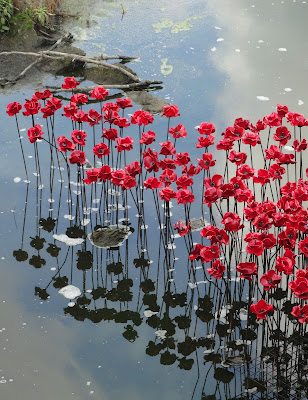 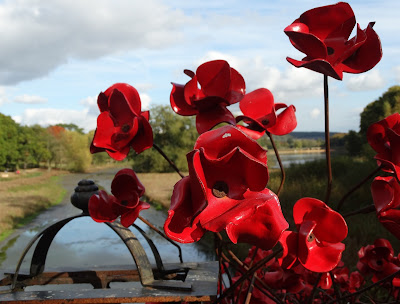 Through the trees, my camera at ground level and the wave of poppies appearing to flood over the bridge. In fact the installation is called "Wave":- 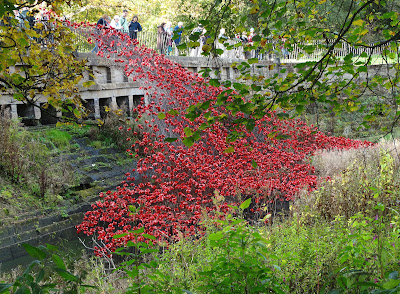 On the bridge I spotted two familiar figures - old friends Irene and John. She was a little reluctant to have her picture taken:- 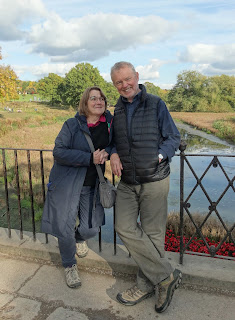 View to Bretton Hall from the bridge:- 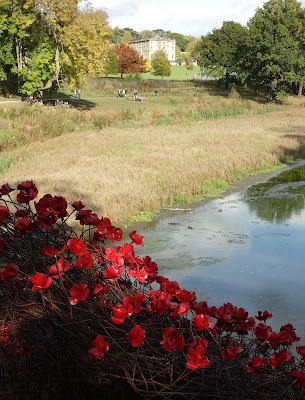 To the side of the bridge I spotted a card with red roses on it. It was in remembrance of a young Yorkshire soldier who gave his life at Ypres on October 5th 1915. He was twenty two years old:- 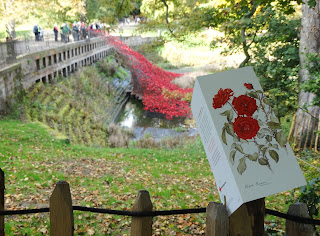 I dedicate this post to Lance Corporal James Sykes for visitors to "Wave" must remind themselves that this isn't just another "sculpture" or art installation. Each poppy speaks of a life cut short in a sea of mud when the air was filled with choking gas and the endless booming and screaming of bombs, when the hapless leaders of Europe had led their people into a ghoulish nightmare, the like of which had never been seen before.
- October 20, 2015