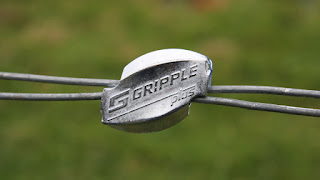 The "gripple" is a wire-tensioning device that was invented in Sheffield in 1986. Surprisingly, the little company that produce the "gripple" is also called "Gripple" The device is now exported worldwide and when we were in New Zealand in 2012, I saw hundreds of "gripples" on farm fencing. "Gripple" is a Sheffield success story.

Their works are in The Don Valley industrial area. I have driven by their headquarters hundreds of times, often promising myself that I would stop there one day to snap some pictures. And why? Because there's a great big stainless steel spider climbing up the side wall on a web that has been tensioned with dozens of "gripples".

Yesterday I kept that promise. October afternoon sunlight was illuminating the side wall very nicely and so I snapped a bunch of pictures which I am now ready to share with you. I bet you cannot wait to be so delighted:- 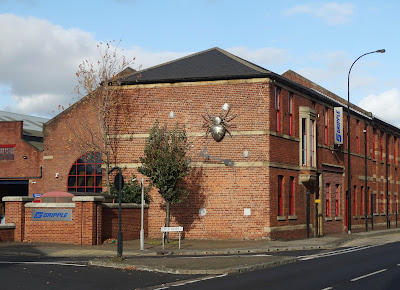 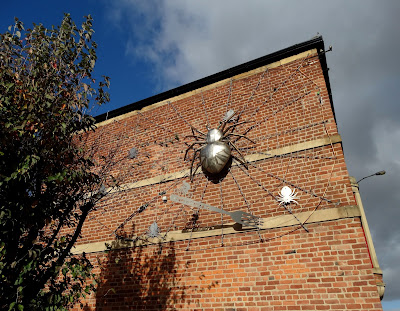 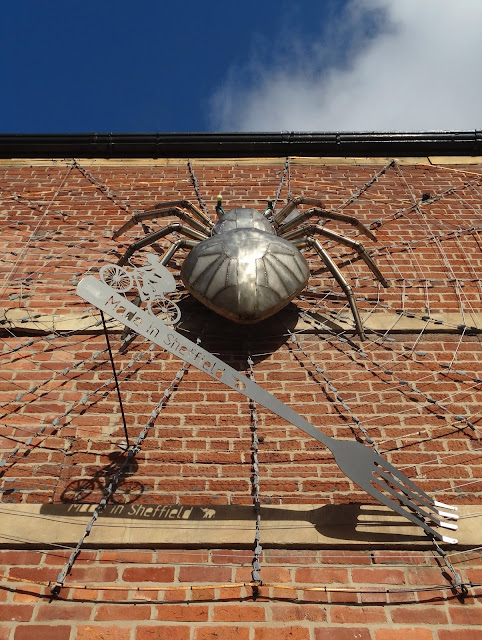 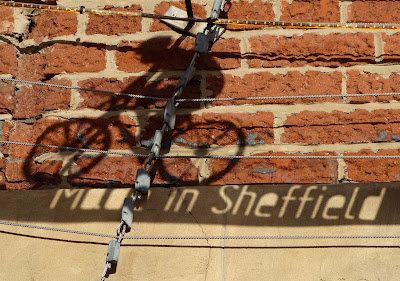 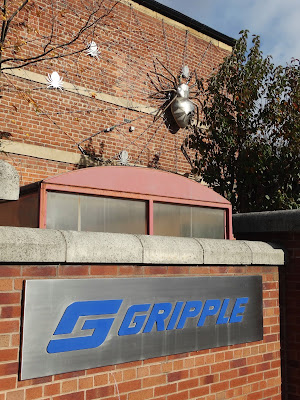 Also on the side of the "Gripple" works is this plaque that recalls the important role that Sheffield steelworks played in wartime during the twentieth century:- 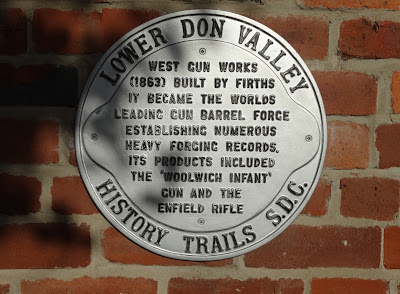