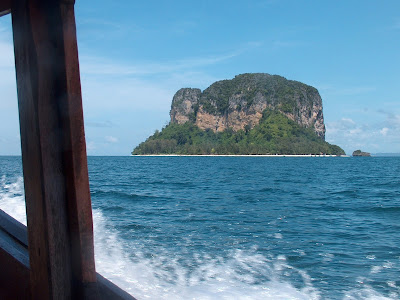 Another grey morning in Sheffield but at least it's mild outside with a breeze from the south. Tomorrow will be the last day of October and we still haven't  had a frost. Even so, putting the clocks back last weekend has made everyone very aware that winter is lurking just round the corner.

I have never been able to appreciate why we continue to mess about with time in this country. Spring forward, fall back and all that. What's the point of it? Very recently it was still broad daylight at 6.30pm but now it's pitch dark. I would rather ease gradually into winter's inevitable darkness than to have it foisted upon us so abruptly. It's so unnatural. Mr William Willett (1856-1915) has got a lot to answer for.

Time moving on. Day by day. Drip after drip. Till now those two spells I spent teaching in Thailand seem like history. They have lost their immediacy and my increasingly hazy memories could easily be from a film I once saw or from the story of someone else's life. But there is evidence in the form of digital pictures that I really was there and just now I spent a pleasant hour looking back through some of my photo folders from 2011.

Longterm visitors to this blog might recall that I spent a long weekend on a tiny island in the Andaman Sea. It  is called Koh Poda and you can only arrive there by longtail boat. I was the sole guest at the little resort - a complex of some thirty basic wooden bungalows and a restaurant. Occasional boats from the mainland would bring day visitors but mostly I had the island to myself.

This is how it was:-
I don't know. Perhaps I need another faraway adventure before too long. Before I get old and cannot manage it any more. Maybe I should investigate the possibility of going out to see an Oxfam project as some shop volunteers have done. Mozambique...Guyana...The Philippines. I can feel the old hunger stirring and sometimes The Peak District will just not cut it.
- October 30, 2015