We have had some lovely days here in Merry Olde England since the end of April. Time to do a little backtracking methinks - before I forget. After all, one of the functions of this blog is simply to record days in my life - like old-fashioned diary entries. Back to the day of the bluebells - last Thursday...

I drove over to the other side of the M1 motorway and onwards to a small village called Whaley. There I parked and laced up my boots before wandering off through the woods of Scarcliffe Park. Through the woods and I arrived at Upper Langwith with its squat little church.  Then up the hill to Langwith Junction - birthplace of Ken Wagstaff - Hull City's greatest ever player.
The wooded Boon Hills contain several limestone caves that were occupied by our prehistoric ancestors but I was marching onwards to Nether Langwith and then to Whaley Thorns where an Asian family have taken over the old post office. There I bought a cheese and pickle sandwich and a can of Diet Coke which I consumed while sitting on the only bench on the village green. Whaley Thorns is not a quaint pastoral settlement with thatched cottages; it is a forgotten village that was once sustained by coal mining - but the mines have all gone now. Only the memories remain like tumbleweed in a ghost town. 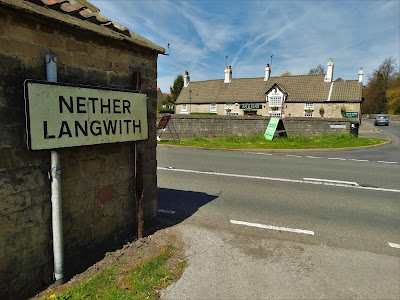 Beyond Whaley Thorns to my lovely bluebell wood and then on to Holbeck Woodhouse and Holbeck where I discovered the graves of The Dukes of Portland, their wives and children - all lying beneath the sod and quiet now. Ever onwards to Bonbusk and back over the railway line to Frithwood Farm. Then on to Whaley Common.
It was local elections day and two men were sitting in a white container that acted as a polling dtation. They had a generator and a portable lavatory (American: rest room) but nobody was coming to vote in Whaley Common. I guess that's democracy.

Not far to go now - another mile to Whaley. Sadly, "The Black Swan" - once the village pub - called "time" forever last year. I could have done with a good long drink after four and a half hours of  plodding. Once more, so many lovely sights to be enjoyed in the sunshine and once more it was good to get out - lungs working and heart pumping time to the rhythm of my footsteps. Alive-alive-o! 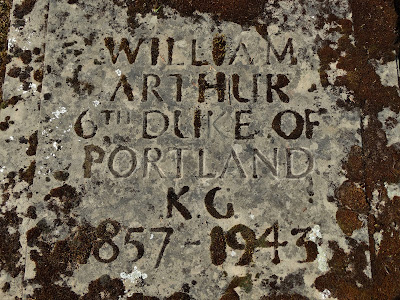