Observant blogfolk may have noticed that this infamous Yorkshire blog was quieter than usual over the past few days. That is because we visited a quaint country village in the south of England called London-on-Thames. You may have heard of it.

We were there to visit our beloved daughter, Princess Frances who for the past eighteen months has been "seeing" a fine young fellow called Stuart - who has a secret job in Hatton Gardens. They have known each other since they were four years old and who knows, perhaps they will remain together as we move into the unknown landscape of the future.
We had a fairly expensive meal in "The Camberwell Arms" on Saturday night and a very cheap meal in "The Fox on the Hill" on Sunday night. In between we went out into Kent (The Garden of England) to visit Lullingstone Park in lovely spring sunshine. It is in the so-called "green belt" which is meant to inhibit London's ceaseless urban sprawl. And what a fine day out it was too, picnicking by The River Darent, walking through Beechen Wood and across rolling chalkland. Delightful - even though a few hundred yards further on and we would have been viewing London's orbital motorway.

On Monday, Lady Shirley was feeling ill with a nasty attack of Londonitis so being the thoughtful husband I am, Princess Frances and I left her to rest in the palatial apartment at Camberwell Green while we went to The Barbican Art Gallery to see a brilliant photographic exhibition called "Strangely Familiar". So many wonderful images - plenty from the middle of the last century and mostly in black and white. They recorded ordinary moments, ordinary people, ordinary scenes - making onlookers realise that the ordinary can be visually arresting if you only take the trouble to look.

Later that day, Lady Shirley felt well enough to be transported UpNorth by her trusty chauffeur. We waved farewell to Princess Frances and her lady in waiting Countess Kira who had just returned from a mini-holiday in Seville. Then silver Clint, our new horseless carriage, whisked us homewards to Yorkshire - land of my heart. It had been a most splendid weekend but you wouldn't want to stay too long in London. It would drive you mad after a while...or maybe just more mad.
WEEKEND GALLERY
CLICK to ENLARGE:- 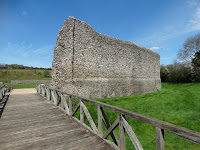 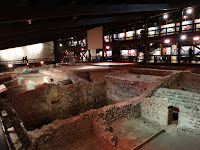 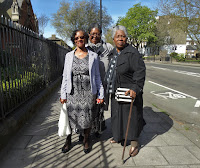 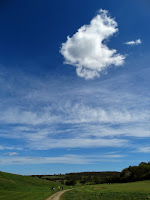 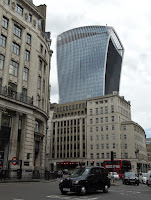 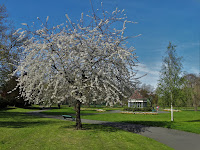