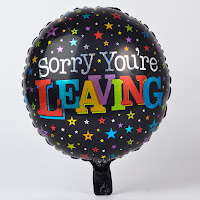 There are lots of reasons why Britain has voted to leave The European Union. It seems to me that the "Remain" campaign was smug and often condescending, The leader of The Labour Party's voice was as indistinct as that of a squeaking mouse. The Etonian prime minister's arguments appeared rehearsed and unconvincing as he deflected legitimate questions about economic migrants.

Though I voted "remain", I really did not like the way the "remain" campaign unfolded with orchestrated voices from people who should have been studiously quiet - including Tony Blair, John Major, Barack Obama, Jean Claude Junker, Mark Carney (Governor of the Bank of England) and Angela Merkel. And then we heard our odious Chancellor of the Exchequer, George Osborne threatening an austerity budget if  "Leave" won. None of this sat well with ordinary people.

The influence of Rupert Murdoch's News International group  should also not be underestimated. His awful "Sun" newspaper has a habit of promoting winners and this was its front page yesterday as voters went to the polls:- 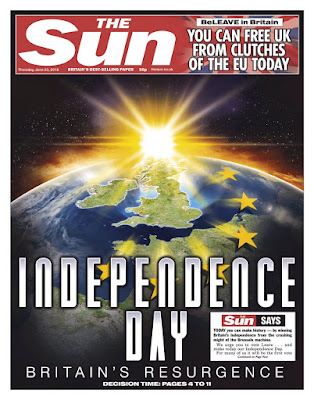 To be fair to the leavers, I recognise that  the performance of the European Union has raised many serious questions about continent-wide legislation, answerability, the free movement of labour and the inequitable distribution of funds. As the years have passed, the influence of Brussels and Strasbourg has increased and there seems to have been a badly hidden agenda to pull up the poorer countries at the expense of wealthier nations like Great Britain.

The fallout from Britain's "Brexit" vote has only just begun but the ripples will radiate out well into the future. In the meantime, just last night I booked a week's holiday on the Greek island of Kefalonia. We are going next Wednesday and now I am kicking myself for not buying a wad of euros earlier in the week. The pound tumbled last night but hopefully it will pick up before we fly away. We will be staying at The Karavados Beach Hotel which is pictured below. There we can relax, soak up the sun, swim, read books and hopefully forget about "Brexit" for a few days.