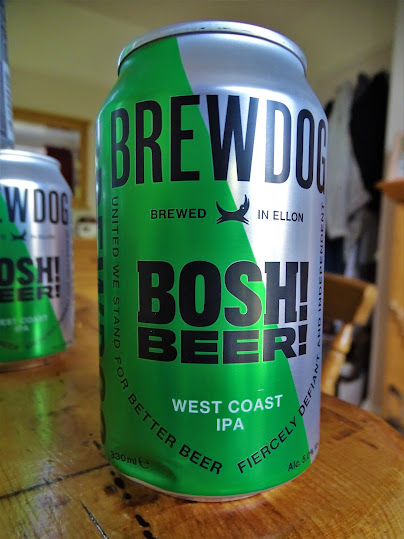 In this humble Yorkshire blog, I have written about beer before. Lord knows how many gallons of the stuff I have consumed in my life. I think about an enormous oil tanker passing a headland far out to sea. The capacity of that vessel probably represents the volume of beer I have sunk in my life thus far. More than an Olympic swimming pool...more than The Aral Sea. Glug-glug-glug!

Consequently, you can imagine the beacon-like glow of pride I felt when I recently held my first cold can of "Bosh!" beer by "Brewdog". I am not talking about the non-alcoholic version that I blogged about in January of this year but proper "Bosh!" beer with a 5% alcohol content. 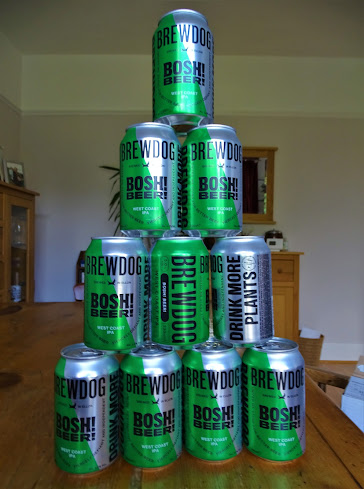 Many readers may not realise that the majority of  beers are not vegan. Though created from plants and water, most brewers use fish products or "finings" when clarifying the liquid. The production of "Bosh!" beer does not involve the use of  fish products. It is wholly vegan. 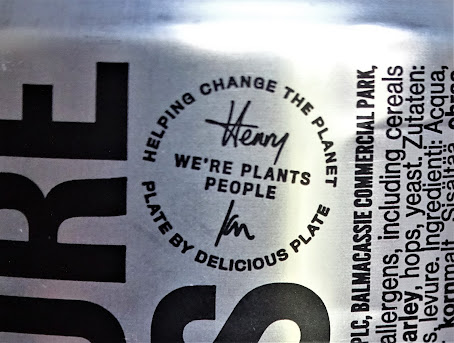 To see my only son's name on the side of a can of beer - well I wouldn't have been prouder if he had won The Nobel Peace Prize. We ordered two cartons of "Bosh!" beer from "Brewdog" after receiving a free carton from our lovely Ian. Maybe I should order more but I do not feel good about putting the empty cans in our recycling bin.

Finally, specially for visitors from the USA, here's a different can of beer I bought recently from our local "Lidl" store. Do you recognise the brand? I am not sure if you can buy it in America - maybe it's only available in Springfield:- 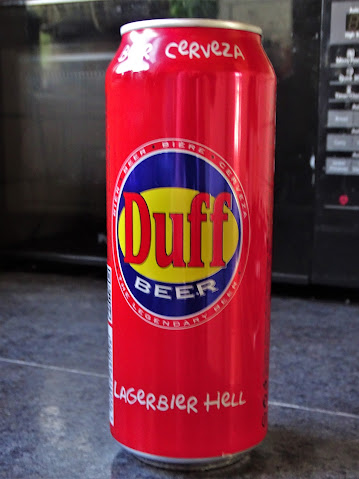