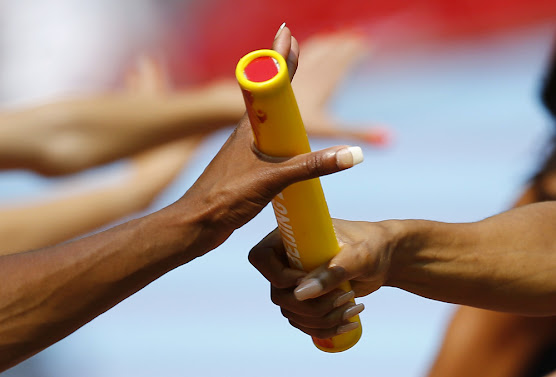 When I was a young man, I never thought of what I might have inherited from previous generations of my family. I am not talking about money or possessions but about the characteristics that make us who we are. None of us can dissociate ourselves from the people  who went before. I understand that quite clearly now.

Of course, we inherit certain physical characteristics - the colour of our skin, the shape of our eyes, our heights, the shape of our fingers and toes. These are relatively easy things to identify but what's not so easy to discern is the link between one's inner self and the inner selves of previous generations.

I believe that tendencies are frequently inherited. Someone who tends to be jolly  with an optimistic outlook will tend to have children with similarly happy souls. Equally, those who are drawn to the dark well of depression will tend to have youngsters who are pulled that way too. Parents who read books often pass that passion on to their children and rebellious parents will tend to raise rebels. Of course, it goes without saying that there are exceptions to all such rules.

To understand the connections between generations may often require careful deliberation as the layers are peeled back and tangled threads are unravelled.

I think of my two Yorkshire grandfathers - Wilfred Jackson and Philip Theasby. As young men they volunteered to fight for king and country in World War I. They were both at The Battle of the Somme in 1916 and unlike thousands of dead and injured countrymen, they survived the war and came home. It is possible that they may have met or seen each other, not knowing how their future families would be knitted together.

What did Wilfred and Philip see on that terrible battlefield? What did they hear? And more importantly, what did they bring home - hidden in their hearts and in their memories?  How did it affect their marriages and the raising of their children? Wilfred ended up leaving my grandmother in the early nineteen thirties. Were his war experiences somehow responsible and how did his leaving impact upon my mother's character? I am sure that some fragments of Wilfred and some echoes of Philip have filtered down to me.

One's parents have the greatest influence upon the forging of one's character. My parents met and married in India in 1945. Then they came home to properly begin their married life together  in England. Not in the Yorkshire market town of Malton where my father grew up, nor in the coal mining village of Rawmarsh where my mother was raised but in three villages in East Yorkshire where they had no roots or associations. My father had trained as a primary school teacher before World War II broke out and in 1946 was happy to accept the position of headteacher in a small rural school.

I  was not immune from all of this. Those past choices and experiences have drip fed into my own character.  I see that now. Though we are blessed with the ability to choose, there is a real sense in which we cannot help who we become.