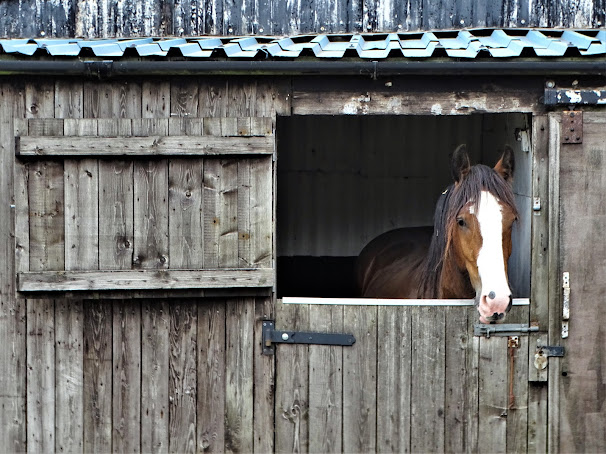 For one reason or another, I had not been able to take a long walk in the countryside since last week but that changed today (Friday). I steered Clint over the hills to Hollingworth near  Glossop. On the way, rather than listening to BBC Radio 4  as usual, I decided to play  an album called "The Very Best of  Jackson Browne". I bought it in 2004 but had not listened to it in ages. These years we are living in they just flick by don't they? Before you know it another decade has gone.

I parked on a particular street in Hollingworth having previously checked it out courtesy of Google Streetview.. Then with boots on I said farewell to Clint and headed north, through woods up onto treeless moorland.

The day was dry and rather sultry but did not provide the best conditions for photography. There was a constant haze and colours were muted. I plodded constantly for three hours - passing four reservoirs  - before taking a rest on a stile south of Flaxfield Farm. 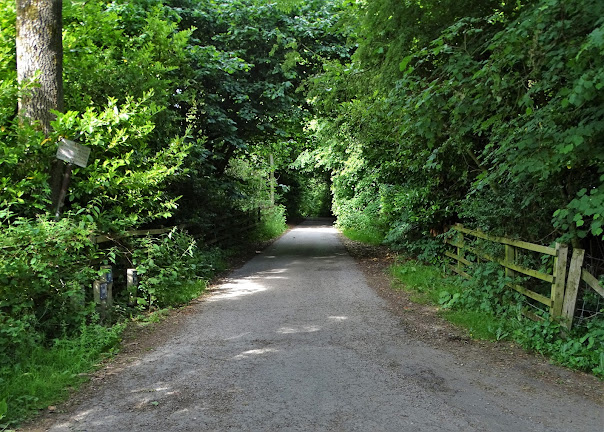 I drank my water and ate my apple and then Geoffrey appeared. He was seventy six years old and could talk the hind legs off a donkey. He was wearing navy blue shorts with a navy blue T Shirt and scarlet braces (American: suspenders). When he came close to me to look at my map, I realised that he was wearing make-up. Not the kind of OTT make-up that drag queens might wear but a light foundation cream with ruby lipstick and a little light blue eye shadow behind his silver-rimmed spectacles.

As luck would have it, he decided to walk with me for half a mile or so. I  much prefer walking on my own but it was hard to refuse him. At a path junction we separated. He was heading up to a remote triangulation pillar and I was returning to Hollingworth. Geoffrey was a nice man with a zest for life but when we parted I realised that he knew nothing about me, apart from the fact that I had driven over from Sheffield. In contrast, I knew a great deal about him - including the names of his late parents, his sister, his best friends, where he had played in a band, his pension arrangements, how he had acquired his camera etcetera. This is by no means the first time that I have had a meeting with a stranger like that. They pour stuff out and seem disinterested in anything that I might have to say.

I felt pleasantly weary when I got back to Clint - four and a half hours after I had left him  snoozing under a tree. He woke up as though emerging from a dream about Turkey where Hyundais  are manufactured for the European market. "Wh...what? Err...! Oh it's you! Let's be off!" 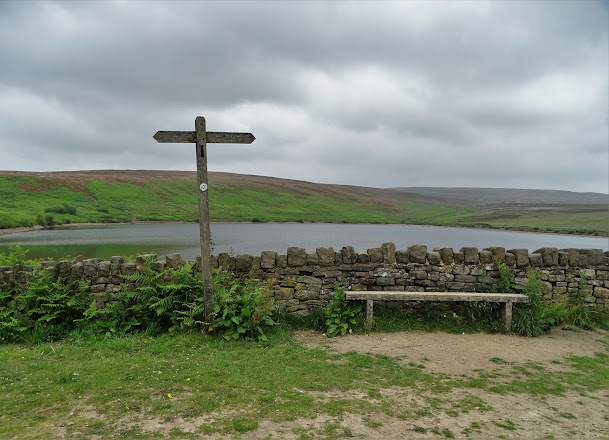