The very symbol of English civilisation is not parliament, the monarchy or even the works of Mr Shakespeare himself, no it is the public house or pub for short. This bastion of our culture is threatened by corporatism, competition from supermarkets, the smoking ban, excessive alcohol taxes and the impact of home entertainment in the form of DVDs, home computers, LED and HD television. Many pubs have already died. Some have been demolished. Some have become curry restaurants or have suffered the indignity of being turned into apartments.
In my world travels, I have found no social facility or venue that is as democratic, welcoming and pressure-releasing as the English pub. Other countries have tried to imitate it but it never seems to work out the same. A pub is something other than a glorified restaurant. It is a meeting place. A place to relax, to laugh, to read a newspaper quietly, to get completely sozzled if you wish. A place for quizzes and darts, a home from home.
Sheffield and its environs can boast any number of wonderful pubs. Expelled former residents like Mr Gray and Mr Booth should seek out their hankies now.
Here's "The Yorkshire Terrier" at Brinsworth:- 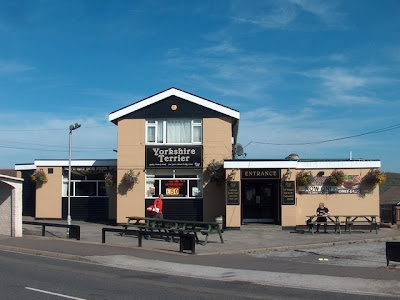 A marvellous and thriving real ale pub at Nether Green - "The Rising Sun":- 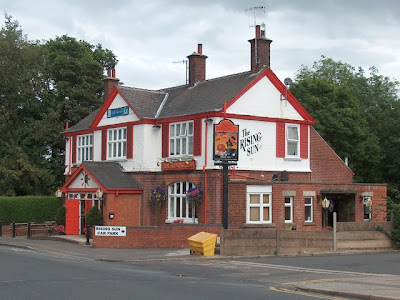 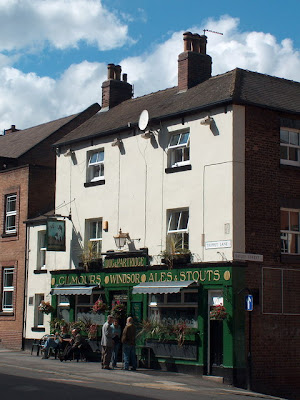 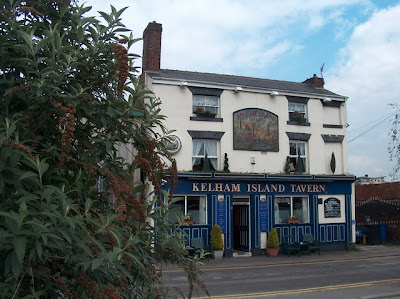 And finally, here's "The Norfolk Arms" at Ringinglow. Sadly this is one that has succumbed to the "gastro-pub" plague and is not the pub it once was. The round house you can see on the left was once a tollhouse for travellers and herdsmen moving over the hills from South Yorkshire into Derbyshire and onwards to the mysterious land of nightmares they call Lancashire:- 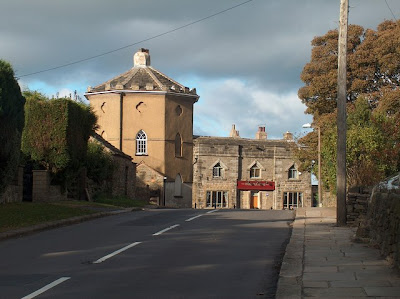