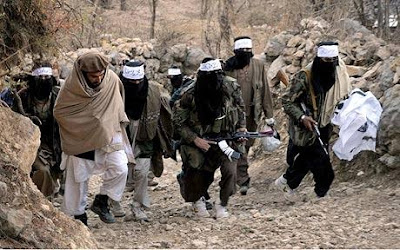 It is over a year since I got rid of that lorry load of parking enforcement officers - or as I prefer to call them - Nazis! How time flies! For those who may not recall, through the summer of 2010 I was busily kidnapping Nazis and accommodating them in the underhouse/workshop area beneath Pudding Towers. Stupidly, I had not planned what to do with them after capturing these odious creatures but was saved by a brilliant brainwave. Ultimately, they were transported to Afghanistan in the back of a "Buxton Mineral Water" lorry.
Truck driver Terry handed them over to the Taliban in the city of Kandahar. After suffering some initial physical abuse, the parking enforcement officers were assigned to a secret training camp on the mountainous border with Pakistan. There they lived in dank caves feeding on small portions of rice and little rodents that inhabited the adjacent undergrowth. Huddling together in the Asian darkness, they sang some of their favourite songs to stave off cold and hunger - such as "I Should Be So Lucky" by Kylie Minogue and "Happiness" by Ken Dodd. The hills of Helmand echoed with their caterwauling tunelessness.
The recent picture at the top of this post shows some of the Sheffield parking enforcement officers in full Taliban disguise going on a cross country run along precipitous paths. And as they run, they sing this yomping song:-
We are Nazis, we don't care
We'll put tickets anywhere
Now we're in Afghanistan
Fighting for the Taliban!
The photo was e-mailed out of the country by Randy and Peggy-Sue Lieberwiener from Canton, Georgia, USA who are currently on a hiking holiday in scenic Waziristan and the surrounding area. In a recent message home, Peggy-Sue said "...there are literally no other tourists around. It's so cool mom. The people are soooo friendly. Today we were given a present to bring home to Canton. The awesome tribal leader who gave us it insisted that we shouldn't open it till we get home. I think it's something electrical as there's a little red wire poking out! Sorry to hear that Mr Brague was arrested last week. He seemed like such a nice guy. Anyway - must go - we're exploring some bat caves today..."
Meanwhile, it seems the parking enforcement officer insurgents will soon be infiltrating NATO defences, placing bright yellow notices on NATO tanks and gun emplacements to raise much needed funds for the Taliban cause which includes these key political aims: (a) to get Simon Cowell to turn on the Christmas lights in downtown Kandahar (b) to ensure that Afghanistan retains its medieval culture and (c) to upgrade Afghan mens' fashion from this:- 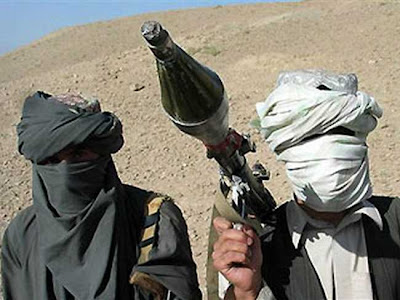 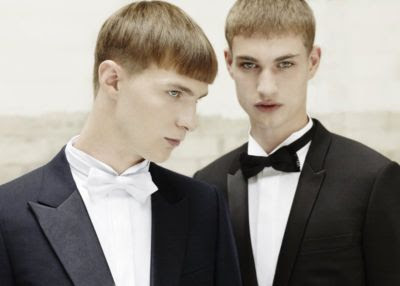 If I hear any more about the Nazis, I mean the parking enforcement officers, I'll let you know.
- October 31, 2011