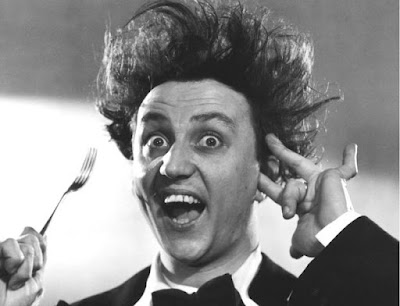 Two English geniuses have died this week. They occupied very different worlds but in their own ways they were both remarkable people.

Legendary comedian and variety entertainer Ken Dodd passed away on Sunday at the ripe old age of ninety. He died in the same house where he was born - in the Liverpool suburb of Knotty Ash.

With his buck teeth, his wild hair and his various costumes and tickling sticks, Ken could keep a theatre audience entertained for hours. Just one man on a stage with a vast repertoire of jokes and a fine singing voice. He was a modern day court jester. Though he starred in several TV shows, his home territory was the theatre and in his seventy year career he delivered shows on virtually every stage in the land.

He once said, "Laughter is the greatest music in the world and audiences come to my shows to escape the cares of life. They don't want to be embarrassed or insulted. They want to laugh and so do I - which is probably why it works."

Professor Stephen Hawking died this morning at the age of seventy six. He was a theoretical physicist with a brilliant mind. In addition to this he had to battle with a terrible handicap most of his adult life - namely, motor neurone disease. His familiar computer-generated monotone "voice" was operated by the blinking of his eyelids.

He wrote "A Brief History of Time" and as a gifted physicist he would most certainly have won the Nobel prize were it not that his work was principally theoretical and not always proven  in practice. Apparently, the Nobel awarding committee appreciate substance as opposed to hypothesising.

I could not begin to understand the complex solutions to the scientific puzzles that Stephen Hawking unravelled but I loved the film about his early life - "The Theory of Everything" (2015) starring Eddie Redmayne and Felicity Jones. If you haven't seen it please give it a whirl some time.

Ken and Stephen will now be queuing together outside the pearly gates and Ken will be saying... "Tonight when you get home, put a handful of ice cubes down your wife's nightie and say: 'There's the chest freezer you always wanted'." And this will surely be followed by computerised guffaws of laughter. 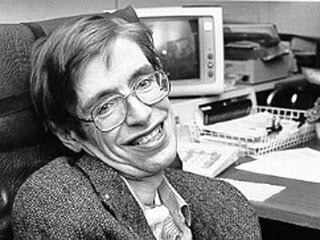