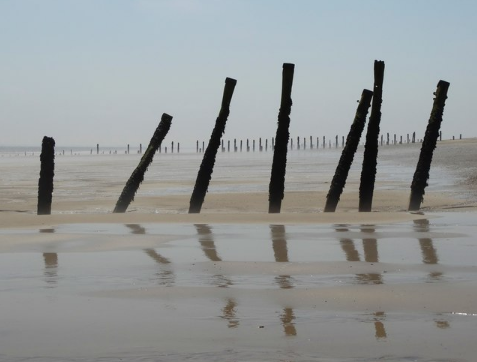 If the truth be known, we live in flux - our minds moving seamlessly between past memories, the "here and now" and future prospects. We just can't stop ourselves and why would we want to?

As I have grown older, I have become increasingly fascinated by memory. I don't think we have any control over it. What comes to the surface is dictated by inner psychology. Fundamental symbolic or psychiatric influence probably underpins these "displayed" memories while beneath them is a vast dark sea of seemingly unremembered events.

You might say that memories that pop their heads out of the water are strong indicators of who we really are.

In this blog, I have visited memory before. I just looked back at a post I made in 2012. Twelve years later the words seem like someone else's but the notions are the same. See Memories .And I also notice that in December 2012 I posted a poem I had written called "Of Memory". Again the words seem like somebody else's. Did I really write it? Back then - in December 2012, the poem only attracted one comment, from long time blogging friend Kate in Tauranga, New Zealand.

She wrote, "I liked this very much. I was glad I knew what groynes were, though, since that was a fairly central image. We don't have them in eNZed. You have a frequent (icon in the visual arts) motif? of regret and might-have-been-ness. It's interesting."

Regret and might-have-been-ness? Kate is probably right but I cannot help myself. That is part of who I really am though I am sure there are millions of  other human beings who share this characteristic and it certainly is "interesting".

Swirling mist
Coiling
Or steam rising.
Images blinking incoherently.
Snatches of lines once said -
Chronological tombola -
The fruits of growing older.
I saw a face,
I heard a voice...
Once.

Unchosen
They well up
From benighted depths
Far below -
Swirling, spinning -
People you used to know,
Sights once seen,
Places once been –
Recollection,
Reminiscence...
Once.

Editing
Is all.
What’s saved
And what is lost -
You never get to choose
Or count the cost
Of the life you’ve lived
Defined by
Memory’s markers -
Like ancient groynes
In the tide-washed sands
Of time.
- March 30, 2018