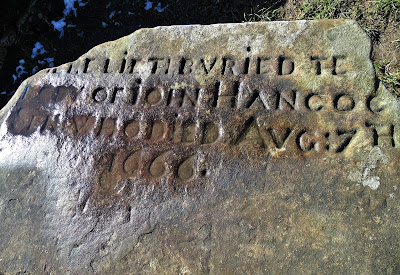 On a hillside east of the Derbyshire village of Eyam there is a tiny graveyard surrounded by a drystone wall. It contains the graves of seven members of the Hancock family who died in the summer of 1666. They were struck down by The Great Plague that, according to legend, had arrived from London in a bundle of cloth that happened to contain disease-carrying fleas. 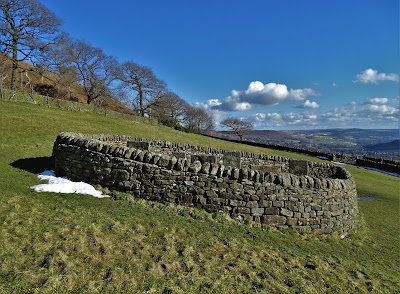 Perhaps surprisingly this little graveyard is known as The Riley Graves and not The Hancock Graves, for the Hancocks were buried in Riley Field - an area of common land between two farms - Top Riley and Riley House Farm. 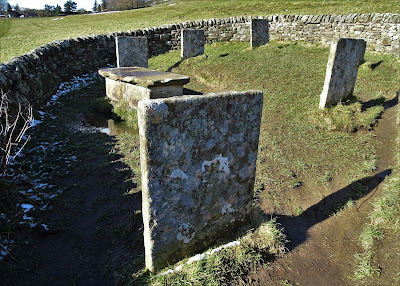 The story goes that the brave people of Eyam, urged by the local vicar, imposed a quarantine upon themselves in order to prevent the plague from spreading. In the event 260 villagers died from the bubonic plague but surrounding settlements were saved. Various myths have grown up over the past three hundred and fifty years about "The Plague Village".

It had been a good few years since I last visited The Riley Graves but I was there last Thursday as the recent snows were beating a gradual retreat. I parked in the valley near Stoney Middleton's squat church  and hoofed it up the valleyside, at one point tackling the remains of  a long snowdrift that was tucked up against the side of a drystone wall. 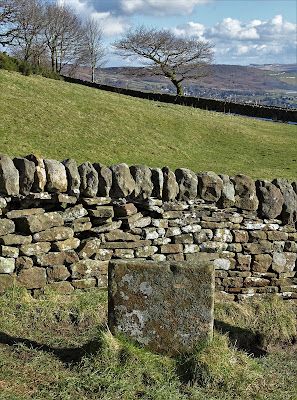 The little graveyard is an atmospheric place and as there was nobody else around  I found myself alone with the Hancockes - Alice and Ann, William and two Johns, Oner and Elizabeth. All of them were interred in August 1666 less than a month before The Great Fire of London was sparked in Pudding Lane - just north of London Bridge. 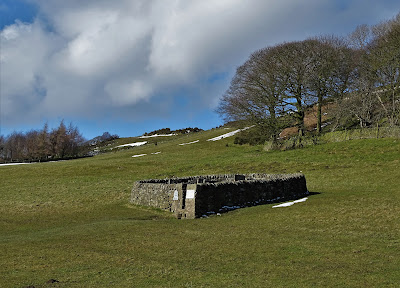