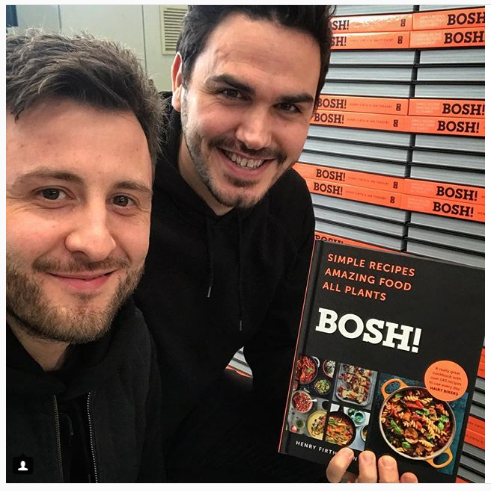 Our lovely son Ian (left) was in Italy yesterday. It was a day trip with his "Bosh!" chum Henry. They were there to see their cookbook coming off the printers' production line. Already 50,000 copies of the English language version have been printed. The book will be launched at Borough Market in London on the evening of April 19th at an event called "BoshFest".

It's an exciting time for the two young men. I'm keeping everything crossed that the success they can smell - just round the corner - really does come true. They will be signing books in various Waterstones book stores around Great Britain and also travelling over to The United States to undertake some more promotional work - including at  least one TV appearance.

Surely, nothing can go wrong now. I am so proud of him. They have given this project their very best shot. In my unbiased opinion, they deserve the success that is surely waiting for them. It is a good news story.