Dear Mr and Mrs Nobody,

I am writing with regard to an incident which took place in school on Monday of this week at around 12.20pm in our Internal Exclusion room. Your son, Warthog had been placed there by one of our Assistant Heads - Mr Moron - because of his unruly behaviour in the school reception area – at a time when he should have been in the middle of his timetabled lesson. Reception staff had complained about Warthog’s unwelcome harassment and rudeness.

At this time, I was the on-call teacher, covering for Mrs Condom. I was in the Internal Exclusion room dealing with paper work connected with classroom exclusions. Senior Teaching Assistant, Mrs Rosycheeks, was in charge of Internal Exclusion. As I did the paper work, I heard Mrs Rosycheeks putting pressure on Warthog to behave himself and shut up. Warthog was drawing an intricate picture of a marijuana leaf and Mrs Rosycheeks was insisting that this was not on. She asked Warthog to give her the offending sheet but he turned it over and pushed it to the side of his table, claiming “I always do them” and “I’m taking it home!” 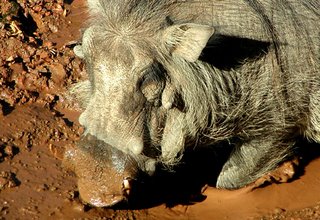 Finishing my paper work and about to leave the room, I decided to confiscate this sheet of paper. It’s difficult to explain what happened next but I’ll try. Warthog was sitting at his table. Standing, I calmly attempted to confiscate the offending piece of paper but Warthog grabbed at it and the paper tore. Most of it fell to the floor. I quickly bent to pick it up and I as I did so, Warthog aggressively butted his head into the gap between the lower part of my chest and his table. He was trying to prevent legitimate confiscation of this paper. I was in the bending process and had absolutely no intention of making any physical contact with Warthog. I can state categorically that I did not “knee him” on purpose in the face. The idea is not only preposterous, it is a blatant lie. There was no contact between my knee and his head and I would argue that Warthog caused the physical collision himself by trying to prevent confiscation.

What followed was very shocking, because in front of other excluded children and Mrs Rosycheeks, Warthog proceeded to swear at me and about me in an extremely offensive manner. He used every foul word in the book. In my life, either out of school or in, I have never been sworn at like that by anybody else. He also yelled, “I’m going to get you fucking sued for this!” I understand that soon after this, Warthog was again in the reception area swearing like a trooper about me. I am sure that Warthog appreciates that in discipline terms, teachers’ hands and tongues are often tied and he was taking vivid advantage of that fact.

What I have stated above is truthful. I will be passing copies of this letter to the Head of Year, the headteacher and to school files. In this matter, it is not Warthog who is the victim – it is me. In their place of work, nobody should ever have to suffer the sort of verbal abuse that I received from Warthog on Monday. Even within the cosseted environment of a school, this abuse was clearly of an unjustified and illegal nature.