Continuing the focus on swearing, thanks to visitors who clearly hold their own strong views on this subject. From ByGeorge in Texas who is pleased to admit to swearing regularly and even relishes the earthy texture of swear words on her tongue to Ellie Seymour who doesn't swear, cannot stand the habit and is training her sons to avoid swearing. 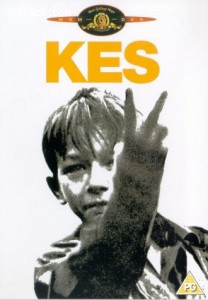 As I suggested before, every language contains swear words and they are always going to be around. Here's just a few swear words and swearing phrases from different world languages. All very useful to these people - international air travellers passing through passport control, email recipients who are fed up with spammers, partners who don't feel their loved ones are pulling their weight around the house and nuns and monks at a monastery/convent get together:-
French
Va t'empaler encule = Go fuck yourself
Suce ma bite sal pute! = Suck my dick, you dirty whore.
Tu pues la merde! = You reek of shit!
Fijian
Mangai chinabu = Mother fucker
Thunga Mordray = You shaven cunt
Muqai ti namu = Go fuck your mum
Zulu
Ingquza yakho inuka njengo fishi = Your pussy smells like fish
Msuno kanyoku = Your mother's cunt
Ugogo wakho isfebe = Your grandmother is a bitch
Icelandic
Riddu mer = Fuck me
Skítapíka = Shittycunt
Hommaskítur = Gayshit
Oh dear, it's enough to make one blush. And finally, isn't it funny how in communication the prudish will often substitute similar sounding words for swear words so instead of "shit" we might hear "sugar", instead of "fucking" we might get "freaking" or "frigging" - as if these substitutions were somehow the height of politeness. I have thought of a few new swear words:-
To blair = to squirm around like an ingratiating snake - as in "Blair off you sleazeball!"
To bush = to get yourself in so deep you don't know what you're doing - as in "I'm feeling bushed - in fact I'm bushing bushed!"
To osama-bin-laden = to hide away like a coward with festering misguided thoughts about moral and religious justice - as in "Honey, where's my osama-bin-ladening car keys?"
- May 30, 2006