Back in my university days, I read an article by the Russian revolutionary leader and thinker, Leon Trotsky called "Swearing - The Language of the Oppressed". And I think the notion is par 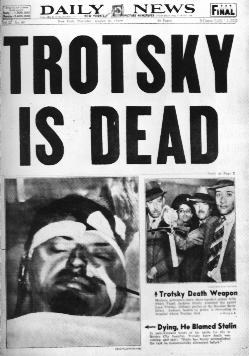 tly true - when people are downtrodden or pushed into a corner, they will react with the most offensive language they can muster - swearing. There's more swearing on impoverished housing estates and around down-at-heel shopping parades than in leafy suburban homes and posh designer stores.
Reflecting upon swearing without actually citing any swear words is a tall order but I'm going to try. I have noticed that some bloggers utilise swear words without a moment's hesitation. These usages will often make me flinch. Frequently they add nothing to the intended meaning - they look awkward like a Mickey Mouse tattoo on a bride's shoulder but sometimes they add helpful emphasis.
Though some swear words are of course drawn from religion, most swear words are connected with sex and when you pause to think about that, it seems rather odd. In love, within loving relationships, sex acts are pleasurable expressions of affection between people - intimate, joyous, stress relieving physical declarations of our aliveness, of our special bonds with others, so why do we draw terms from this loveliness to use as verbal weapons?
Don't get me wrong, I can swear with the best of them. When strange bouts of anger or frustration well up to the surface of my consciousness, I will often react with almost the whole gamut of sexual swear words. It feels like letting off steam - even though I don't see the logic of it. One sexual word I seldom use at such times is th

e "c" word that is widely recognised to be the foullest noun in the lexicon of swear words. It is a curious word that I think is often used in swearing to degrade women. It is an earthy word that I contend needs to be released from vulgarity and reclaimed by women as their first choice word when alluding to female sexual parts.
In 1914, on the London stage, the word "bloody" was used - perhaps for the first time causing a national outrage that lasted until the sixties when TV character Alf Garnett in "Till Death Us Do Part" kept using the word "bloody" for comic effect - igniting further vehement debate on this mildest of swear words. And I recall how twenty years ago I had an appointment with my headteacher to discuss my use of the word "bullshit" in a lesson. Some parent had complained. I argued that this term had moved from the unacceptable table of swear words to the acceptable and it had a useful forcefulness when used occasionally for 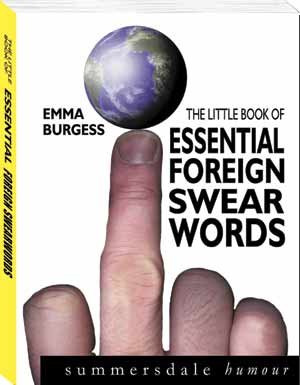 emphasis.
My mother always used to say - why swear when there are so many other words in the English language that you can use to express your meaning - but I think she was wrong. I usually hate to be around people whose linguistic poverty means that almost every other word is a swear word - even when they're not expressing anger or frustration - but sometimes swear words are extremely useful - not just in venting steam but in shaking listeners out of their complacency and driving home strongly held views. From the Eskimos to the South Sea Islanders - all languages have contained swear words and though fashions in swearing may change, swearing is always going to be around. As they say in Balkan Verifica - "Szzjxur fcktirrs ctnssip!" which means.... well I leave that up to you dear reader!
- May 28, 2006