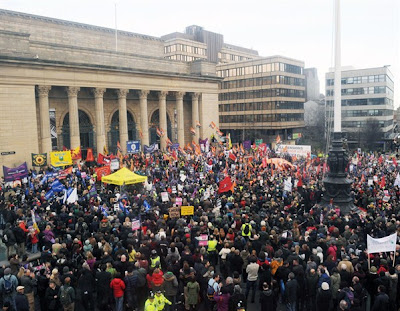 All across Great Britain and Northern Ireland, public service workers are on strike today. About two million of them - from police officers to nursery nurses and from refuse collectors to court officials. They are protesting about government attacks on their conditions of service, including plans to fiddle with agreed pension arrangements. Essentially, the government want to make public service workers work longer, pay more in contributions and receive smaller pensions than promised. Should the workers just lie down and allow themselves to be trampled upon? I think not.
Of course, as a former public service worker myself, I took early retirement and opted for an actuarially reduced pension and a lump sum. The package is pretty meagre and with rising prices it has already suffered erosion but when I add it to Shirley's income, we are still okay compared with most people. What many folk don't seem to realise is that public workers pay for their pensions throughout their working lives. Looking back on my last full-time salary slips I note that in August 2009, £239 was deducted as a pension payment and that was in addition to tax and national insurance payments. Making allowance for inflation, over thirty two years I paid in the equivalent of £92,000 and this overlooks any interest gained through investment. The idea that teachers and other public service workers currently enjoy lucrative pension handouts at the nation's expense is as offensive as it is ludicrous.
I was motivated to join today's huge rally in Barkers Pool, on the steps of Sheffield City Hall. There were striking firemen there, police officers, administrators, refuse workers, teachers, nursery nurses, doctors, social workers, road repairmen, dinner ladies - united against the unfairness of government proposals. Some might say: "What's the point? What will it achieve?" but there were probably similar voices when William Wilberforce pushed through anti-slavery laws or when Chartists like Samuel Holberry first petitioned and fought with their lives for employment rights that are now taken for granted. 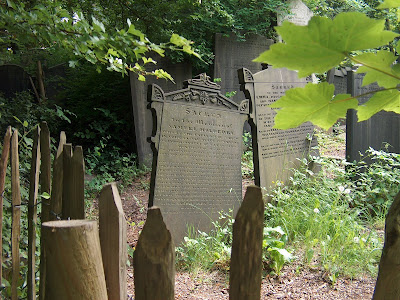