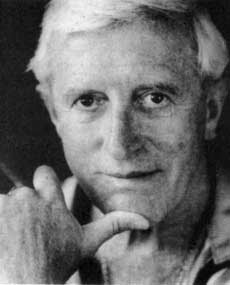 I guess that overseas visitors to this blog may never have even heard of Jimmy Savile. In my view, he was a very special man whose funeral is taking place in the city of Leeds even as I write these words.

Most British people will remember him as a flamboyant disc jockey - the first and last presenter of our iconic TV music programme - "Top of the Pops" but he was more than that, much more.

These are some of the things that Jimmy Savile was: a Yorkshireman, a coal miner, a professional wrestler, a marathon runner, a loyal friend, a proud uncle, a radio presenter, a TV quiz show host, a hospital porter at the Leeds General Infirmary, a counsellor to psychotic murderers in Broadmoor, a massive fund raiser for the spinal injuries unit at Stoke Mandeville Hospital, an honorary member of the Royal Marines, a member of MENSA, a lifelong committed Christian, a smoker of big fat Cuban cigars, a generous sponsor of university medical students in Leeds, a nightclub entrepreneur... The list is almost endless. It would be difficult to calculate the millions of pounds that he raised for a range of charities.

I am proud to say that I met him when I was sixteen - at a gathering for the National Association of Youth Clubs in St James's Palace, London. Typically, this was another organisation that Jimmy supported though I should point out that the palace wasn't named after him! He was real eccentric, a showman, a "one off" but underneath it all he had a heart of gold. No wonder the people of Leeds are lining the streets in his honour at this very minute. 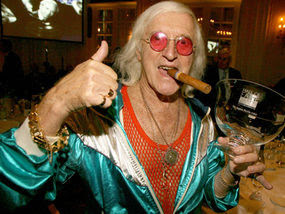