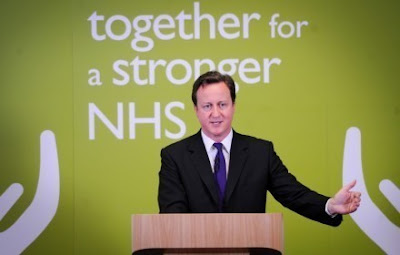 "Safe in  our hands" - that's what Cameron promised in the  run up to the last general election. He was talking about our cherished National Health Service. But of course in politico-speak, "safe in our hands" doesn't mean that. In fact it means the exact opposite. "Safe in our hands" was just a cynical ruse to win votes.

Many of our English speaking cousins around the world don't "get" the National Health Service - especially in America where they is an ugly, uncharitable school of thought that says you've got to pay for what you get and buddy if you're weak, down on your luck, desperately in need of health care you cannot afford, then tough - it's your own fault. Ironic really when you think of America's widespread "Christianity" - The Bible Belt, Billy Graham, The Tea Party and all that. It appears that their "Christianity" can at times be most un-Christian. I'm alright Jack - pull up the ladder. Did Jesus say that?

Of course, our NHS isn't free. Employed people in Britain have always paid for it in the form of National Insurance. We live in a society and I for one have never resented subsidising the health needs of the poorest and most unfortunate members of this society. Though the three musketeers may have been French, their motto was admirable - "One for all and all for one". To me and to some large degree it's what living in a society is all about.

If it wasn't for the NHS, I would be dead and so would Shirley. It was there when we needed it most - when our continuing good health was severely threatened. The NHS service we received was super-professional from beginning to end.

I know many NHS workers, from a hospital porter to a consultant orthopaedic surgeon and of course Shirley has spent her entire working life nursing within the NHS. They all say how proud they are to work for such an important institution and they all recognise that during Labour's years in office the service evolved tremendously, becoming more efficient with reduced waiting lists and improved professional practice.

Now Cameron and his Tory cronies want to smash the edifice, bringing in expensive "reforms" that they hope will lead to more privatisation - moving away from the principal NHS tenets forged after the second world war. They are not listening to the cacophony of protests from public and professional bodies alike. They don't want to listen.

Don't get me wrong. In  such a massive organisation there is never room for complacency. Improvements - often of a money-saving nature - can always be made and under Labour they were being made. But if something ain't broke don't fix it. The Tories' radical restructuring will turn primary care practitioners into accountants and as time passes ordinary people will witness deterioration in the quality of service they receive while those with money will look to private healthcare in greater numbers than ever before.

The Crown Jewels are kept in The Tower of London but the NHS is our finest national treasure. Safe in our hands? I wouldn't trust Cameron with a banana. 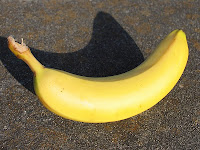