Well, I'm writing this in our local library because for once our reasonably trusty  home broadband internet connectivity has failed us. No matter what I do, I just can't seem to connect and in my cavemanlike way I may have made matters worse than when I first started rooting through the innards of our main computer for a solution.

No doubt I'll get the problem sorted somehow next week. I wonder how long blinking modems last for? surely not forever. Ours came from TalkTalk a couple of years ago and it's been turned on ever since. Occasionally the trio of green lights needed for internet access have given way to a nasty little red light that says you can't get on but that issue has always been very temporary. Now the green lights are on but we can't connect.

Shirley has become worse than me with a severe internet habit. She's on Facebook, she's researching for her new Women's Institute group, she's hotmailing and checking out programmes on i-player. Last night she seemed lost as if she was unable to get hold of the heroin she needs to feed her habit. When I get home she will probably clout me with a frying pan for not getting her "stuff" sorted this afternoon. And then the fifteen year old dishwasher is malfunctioning but that's another story...

Here are a couple of photos from the walk I went on yesterday - from Pilsley to Hassop, Great Longstone, Bakewell and back to Pilsley. A four hour march with lots of lovely things to see:- 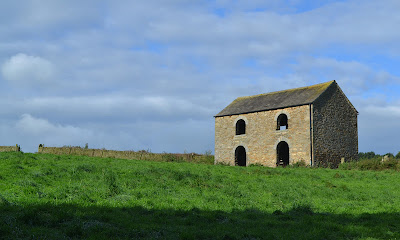 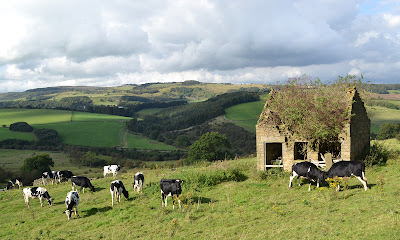 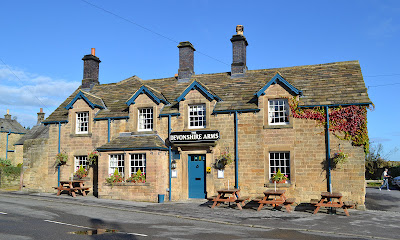 STOP PRESS:- It's a relief to hear that the abductor, paedophile and former teacher Jeremy Forrest has been arrested in France and that his victim - fifteen year old Megan Stammers is safe. What a relief this must be for her family and unlike some visitors to this blog I have absolutely no sympathy for Forrest. As with the unfortunate girls who were preyed upon by a gang of perverts in Rochdale, Megan is a child - yes she's fifteen years old but still a child. As far as I'm concerned, Forrest is even worse than the Rochdale vultures. He was a teacher in a position of trust and he took advantage of his position to form an illicit reationship with a minor.
- September 28, 2012