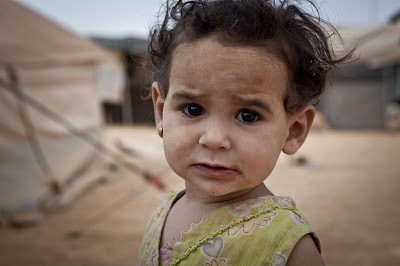 Syria's immediate neighbours are Turkey, Iraq, Jordan, Lebanon and Israel. Since the bloodbath began, thousands and thousands of ordinary Syrian citizens have done what most of us would have done - they have escaped their country to save their lives. This has meant leaving behind homes, possessions, businesses, jobs, neighbours and children's schools.

I am sure that some rich Syrians have boarded planes and fled to the West or even to Russia but the masses haven't had that option. Their escape routes have simply led to those neighbouring countries.

Here are the current estimated figures for the destinations of Syrian refugees:-

Lebanon - 587,795
Turkey - 402,176
Iraq - 206,365
Jordan - 498,947
Israel - 0
Now I am not an anti-semite, even though I believe that all religions are bonkers, but I find it flabbergasting that the heart of Israel has not been opened to welcome a few thousand desperate Syrians - to do their bit for the folk next door. After all, with its historical American backing, Israel has grown into a thriving middle eastern country with the sort of wealth and infrastructure that could easily accommodate a good number of refugees. What use is religion if it isn't about helping your neighbours, displaying charity and kindness to those in need? 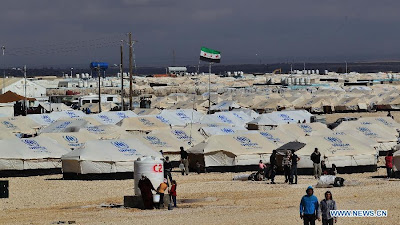