Of course, a large number of English words originated in Yorkshire but one of the loveliest sounding words my people ever coined is "butterscotch". This item of confectionery was invented in Doncaster in the middle of the nineteenth century following experimentation at the Parkinson sweet factory. The recipe included butter and brown sugar and a process that involved carefully"scorching" or "scotching" the mixture to give it that distinctive slightly burnt butterscotch flavour. 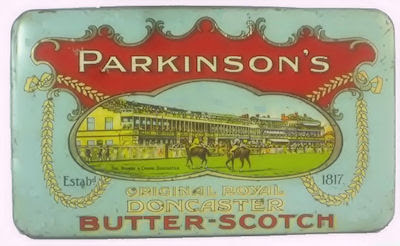 When Queen Victoria visited the town in 1851 - mainly to attend the St Leger horse racing meet - she was presented with her first butterscotch and was heard to say: "Of all one's dominions around the globe - from Australia to Canada and from Bermuda to Bengal - the finest of them all is Yorkshire and one appreciates one's first delicious taste of this lovely Yorkshire butterscotch".

During her visit she also tried out the revolutionary flushing water closet - developed - but not invented - by Yorkshireman Thomas Crapper. It had been specially installed in her hotel. But it was the butterscotch she remembered best.

In modern times, its flavour has been applied to ice cream and dessert sauces. Where would we be without good old Yorkshire butterscotch?

My thanks to Carol in Cairns, Australia for stimulating this fascinating blogpost. Her reward is a year's supply of "Angel Delight" - butterscotch flavour of course.