Since I opted for early retirement, I have walked hundreds of miles on my own. On weekdays, when Shirley is at work, I invariably long for the weather people to  provide me with bright, sunny days. And when they do, my boots are in the back of the car and I'm off with map and camera in hand. I can walk for hours - sometimes as much as four hours of solid walking without a single rest. The plodding of my footsteps, deeper respiration, sweat on my brow and the wonder of the world around me - these things have combined to make the process of walking something that possesses a semi-spiritual value. It never used to be like that.

But on Sunday, it was time once again to walk with others - namely Shirley and our friends Ros and Pete. We parked at Grindleford and set off by the burbling River Derwent towards Froggatt and thence to Calver. In Calver, with its quaint limestone cottages, we headed for "The Derwentwater Arms" where we were clearly the first customers of the day. We ordered modest  lunches and chatted as we looked out over the village cricket ground.
Then it was back towards Grindleford by the opposite bank of the river. I saw these daffodils and wished that I could send them to blogging phenomenon Mr R.Brague in celebration of his seventy third birthday which is of course today:- 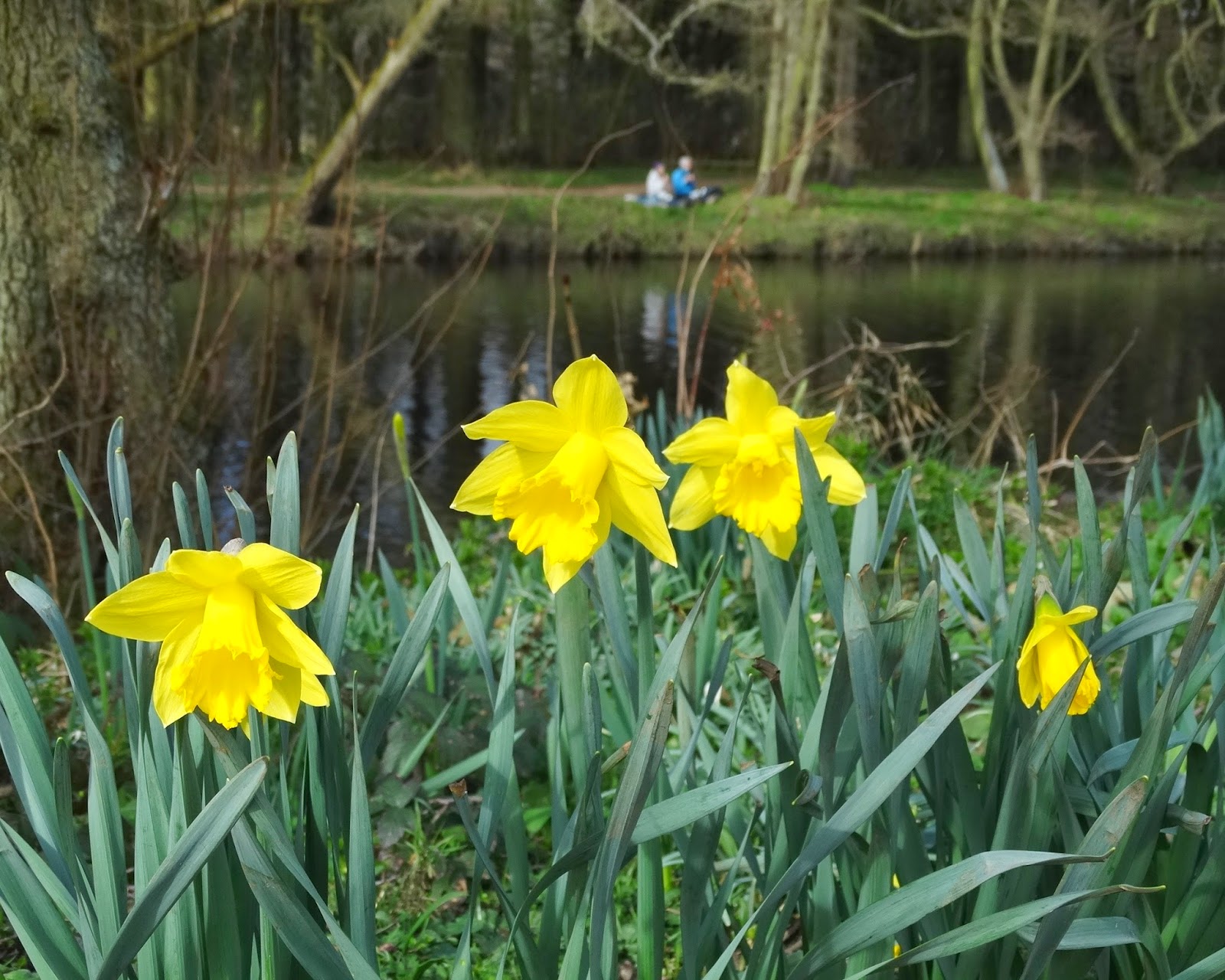 Not long after this, Shirley saw something moving in the water. We had clearly disturbed it. It swam to the other bank and though it was by now perhaps fifteen yards away, I managed to get a reasonable picture of it by zooming in and trying to hold my camera as steadily as possible. It is a water vole - the largest British vole and one of our most endangered species. Its characteristic slow, doggy-paddle style swimming strokes are now a rare sight on Britain's canals and rivers. We were very lucky to spot it:- 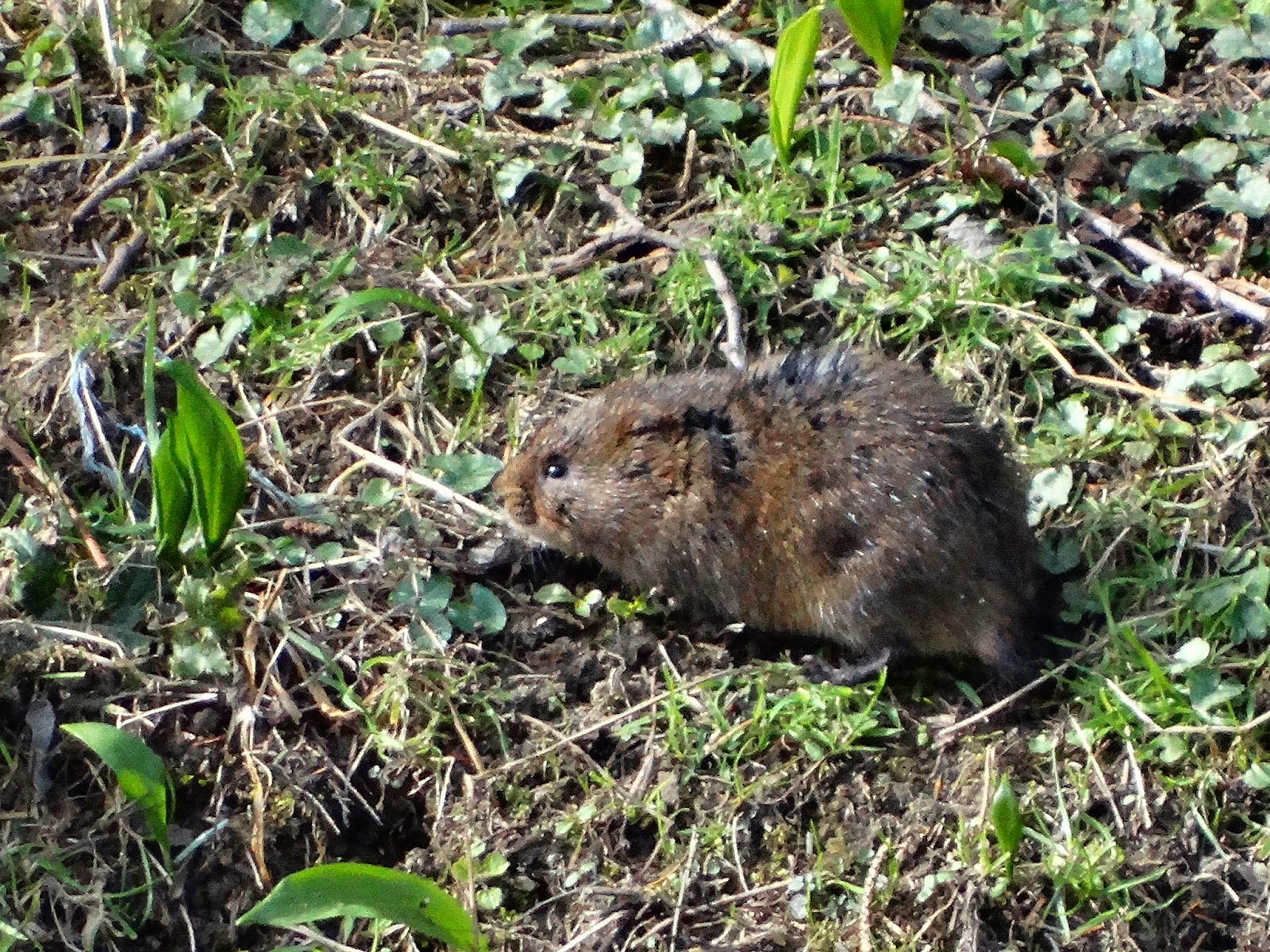 Then onwards, returning to the delightful village of Froggatt. Here's a picture of Froggatt Bridge:- 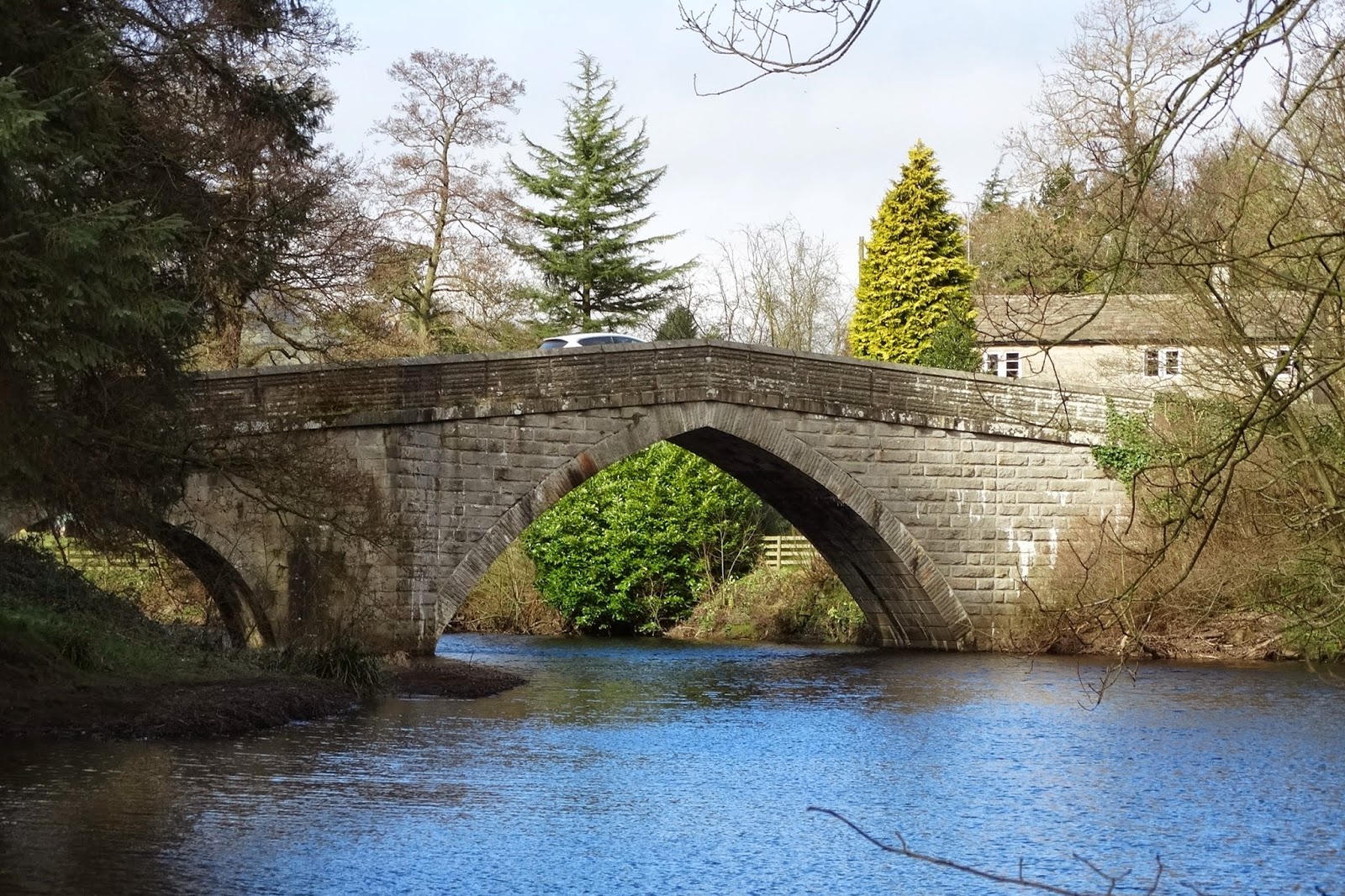 On the edge of Froggatt Wood I asked my walking companions to pose for a picture on what had been a another lovely little country outing. Much better than pottering about at home:- 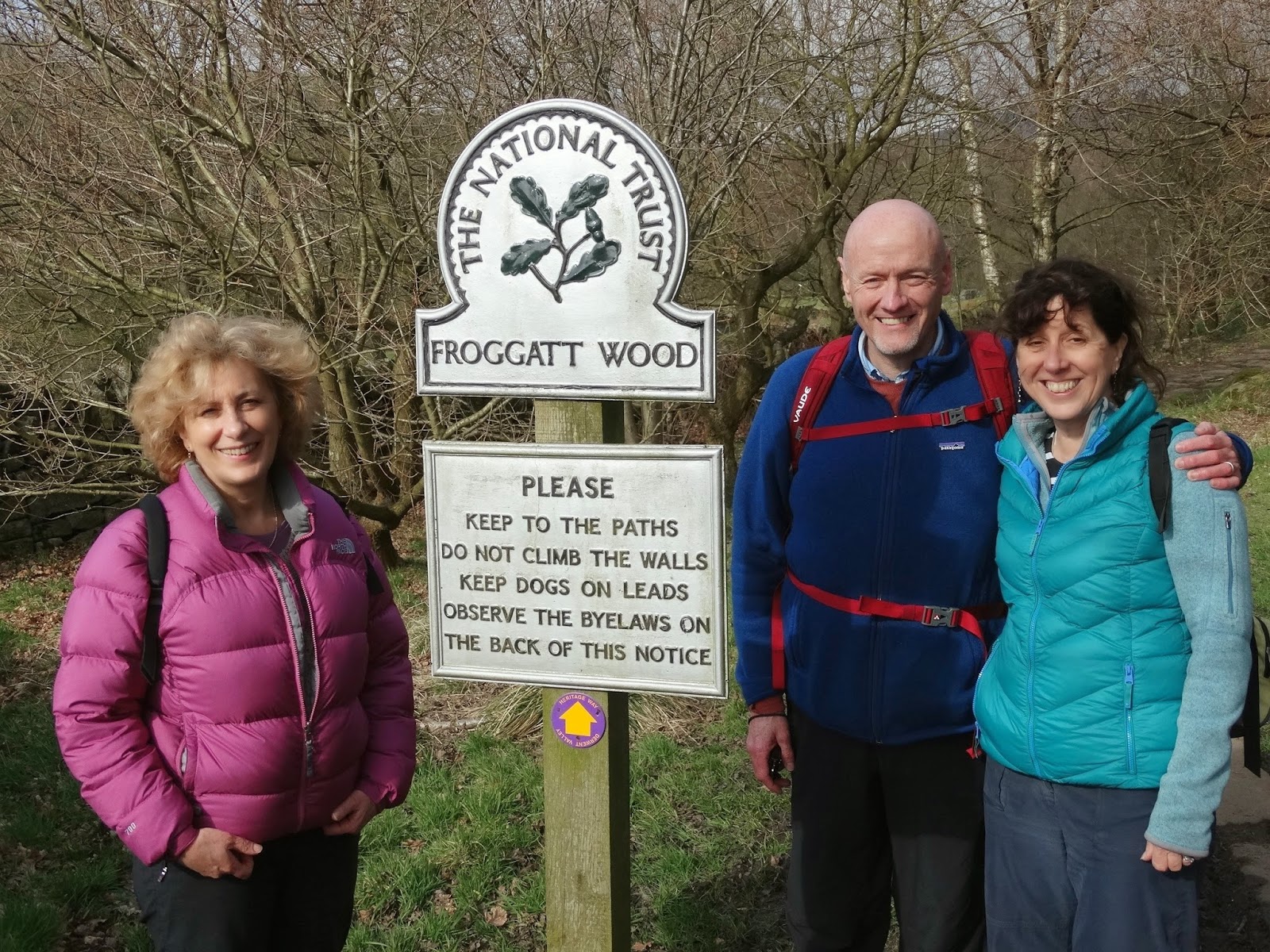