Visitors to England may delight in our great stately homes - Chatsworth, Castle Howard, Blenheim - to name but three. However, they might be surprised to learn that our landscape has lost many grand country houses. Built mostly in the eighteenth century, they fell into disrepair as the owners' funds dwindled, times changed and the burden of taxation increased.

In a way, I don't bewail the demolition of those monuments to privilege. The prancing aristocrats and wealthy families who built them were experts in exploitation. In their heyday they employed crowds of servants, paying them a pittance while they themselves played pianos,  enjoyed banquets, chased foxes on horseback or competed with other privileged families as they lavished yet more money upon internal decorations and furnishings. It was really quite obscene. "Beautiful" Harewood House near Leeds was one of several grand homes built upon the profits of slavery in the West Indies.

The other day I learnt about a grand country house called Sutton Scarsdale Hall. It is between Chesterfield and Mansfield. It was saved from demolition back in the 1920's by the aristocrat and writer Osbert Sitwell but today it is a crumbling, roofless shell of a building. No more croquet on the lawn, no more carriages arriving for lavish dances in the ballroom, no more footmen hovering like shadows in the baroque dining room with its Italianate plaster mouldings. A sad and yet still beautiful place,  it looks over the Doe Lea Valley and the M1 motorway towards Bolsover Castle. 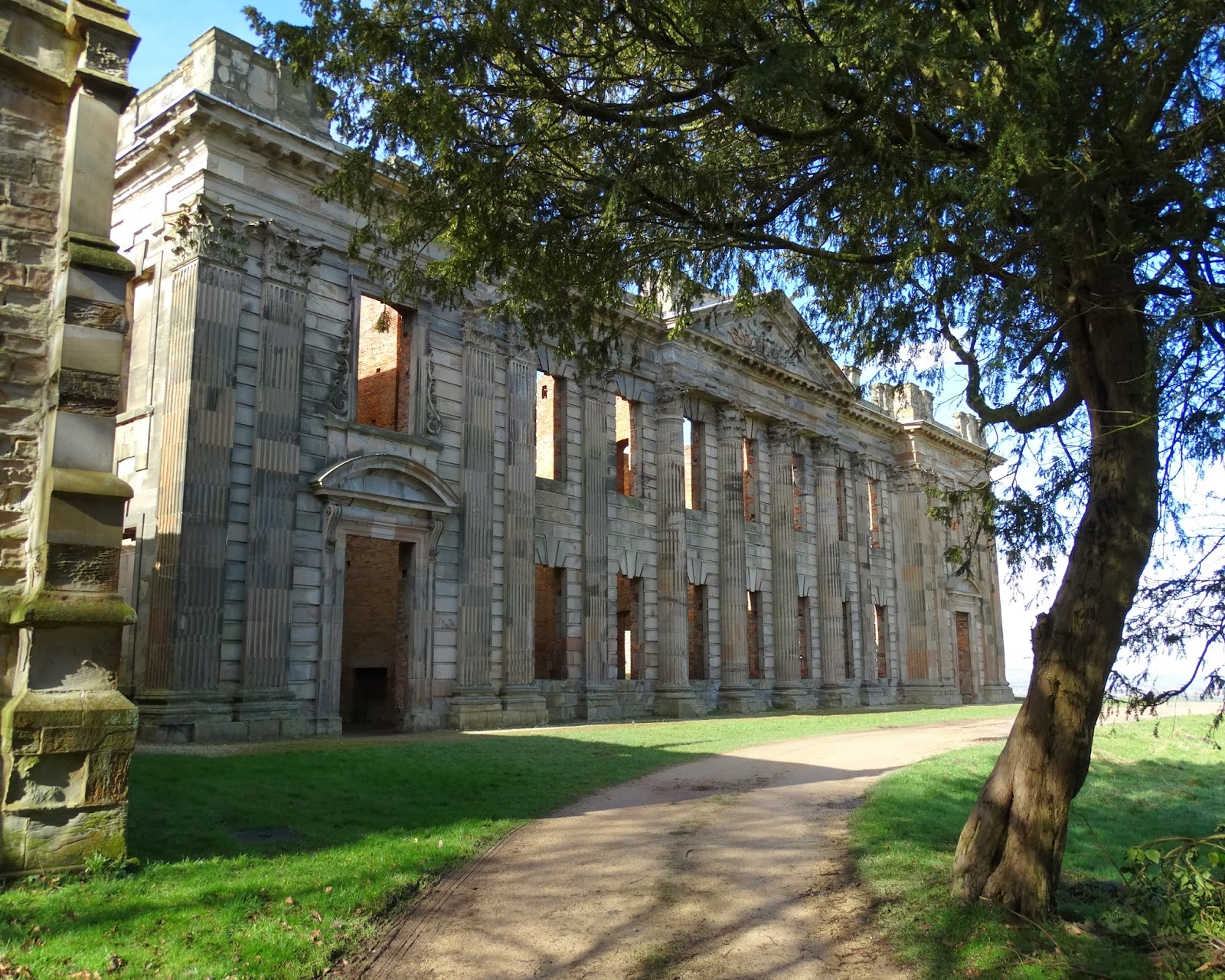 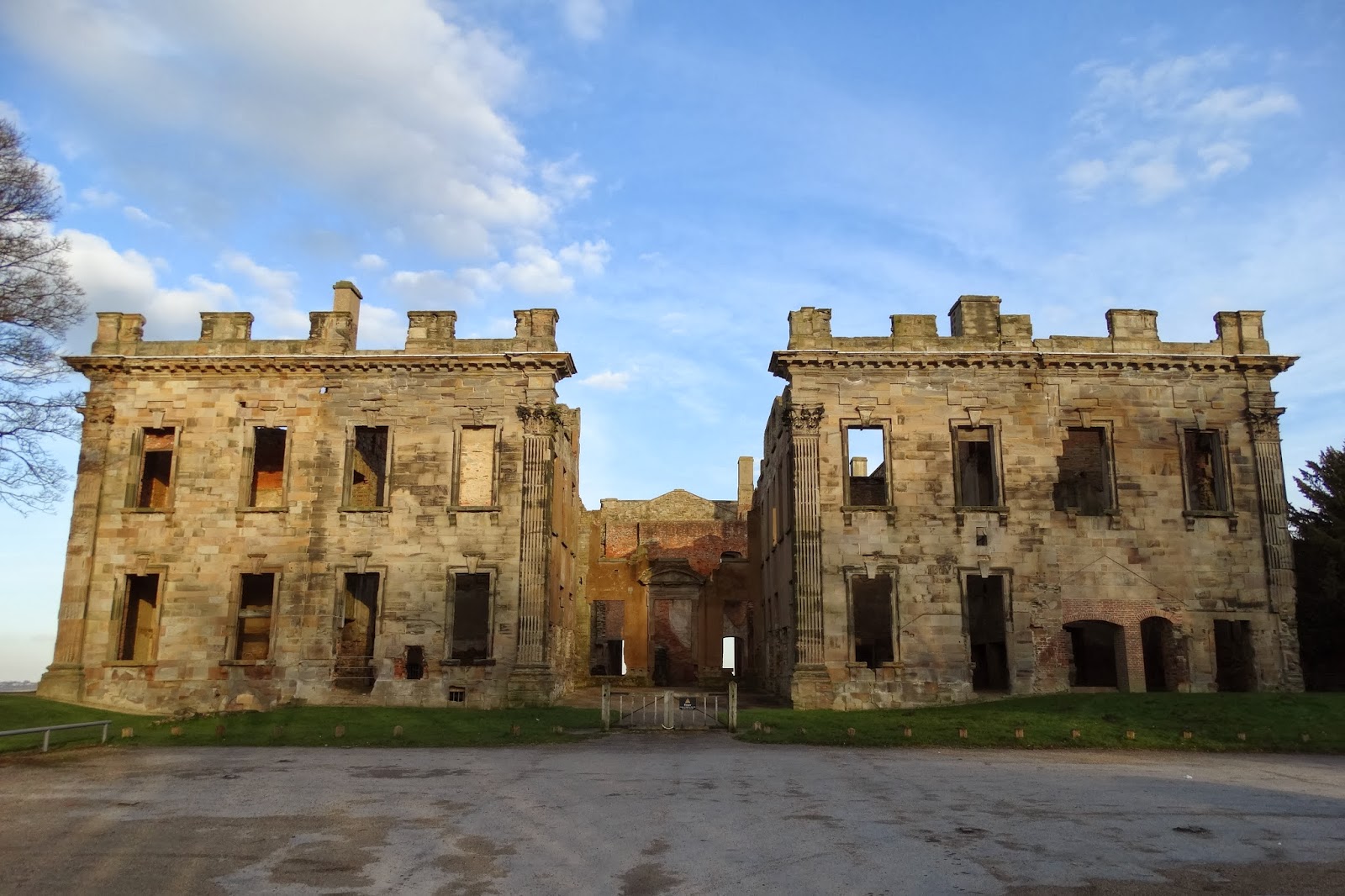 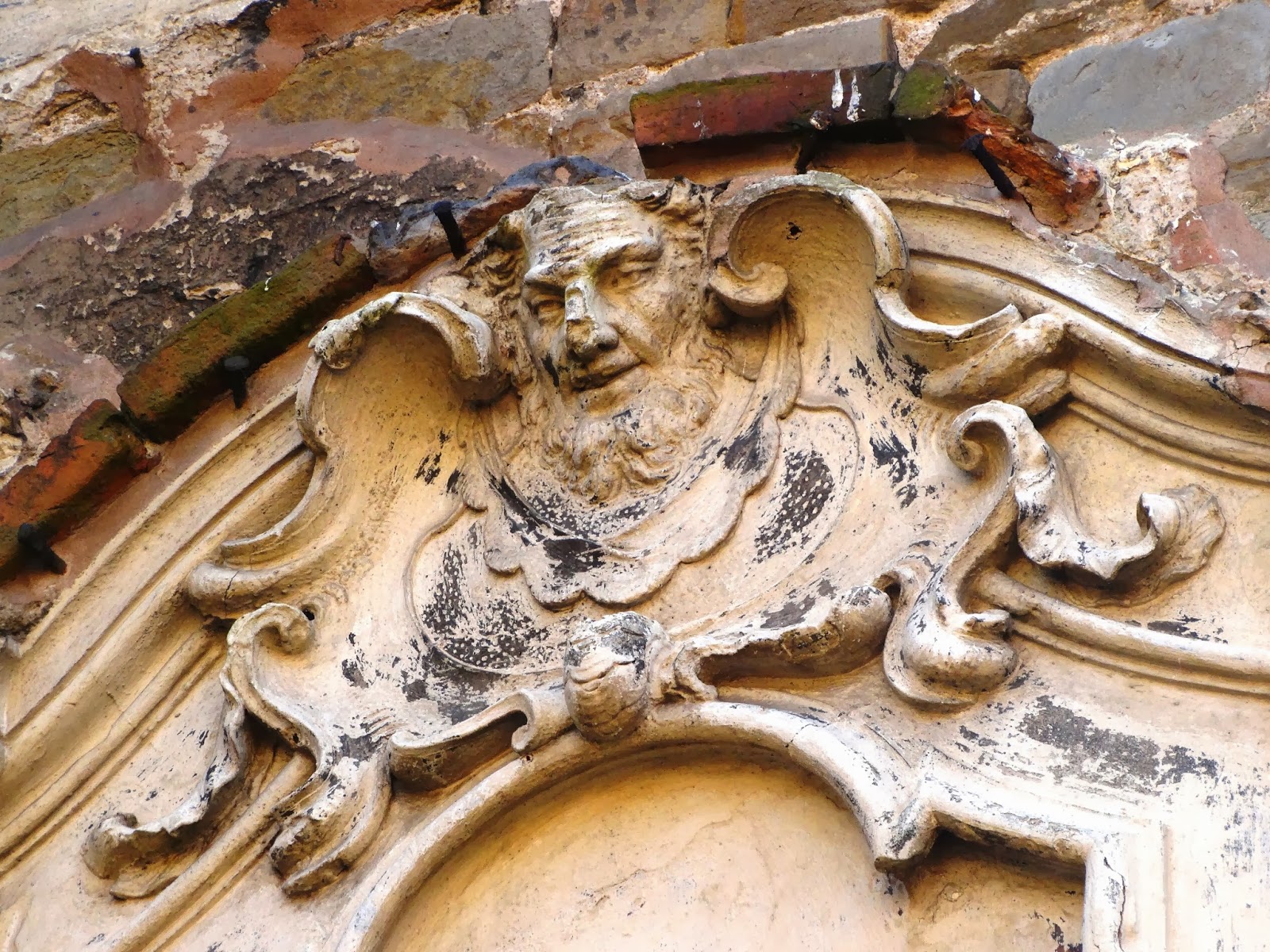 Sutton Scarsdale Hall was built in the Baroque style on the site of an existing house between 1724 and 1729 for the fourth Earl of Scarsdale. The architect for the new hall was Francis Smith of Warwick, who skilfully incorporated the earlier building of about 1469 within his design. The Italian master craftsmen Arturi and Vasalli carried out the fine plasterwork detailing in the principal rooms, remnants of which can still be seen.The cost of this splendid building and its maintenance left the Scarsdale heirs with depleted funds and they were eventually forced to sell the hall in the 19th century.

Finally in 1920. many of its finely decorated rooms were sold off as architectural salvage and the house was reduced to a shell. Some rooms still exist: three interiors are displayed at the Museum of Art in Philadelphia. A pine-panelled room is at the Huntington Library, California. It was offered to the Huntington by a Hollywood film producer who had used it as a set for a film, "Kitty", in 1934. He had bought it from William Randolph Hearst, the newspaper magnate and well-known collector.

So yesterday, I parked near that house of grandeur and memories and walked around it, absorbing its atmosphere before striking out across the fields towards Bolsover on a walk that lasted for more than four hours in unseasonally warm March sunshine.
- March 04, 2014