Our weather has been lovely recently and it is set to continue. There is a certain sharpness and freshness to the quality of light in the early springtime - when the earth is beginning to rouse itself from wintry hibernation and associated darkness.

So I was off - away from the city - out beyond Bakewell and Monyash to park at what was once Hartington Station. The railway track  from Derby to Buxton ceased operation long ago. Where once steam trains belched white columns over their shoulders, now cyclists with plastic helmets and fluorescent joggers with i-pods race by. Here's the old signal box at Hartington Station:- 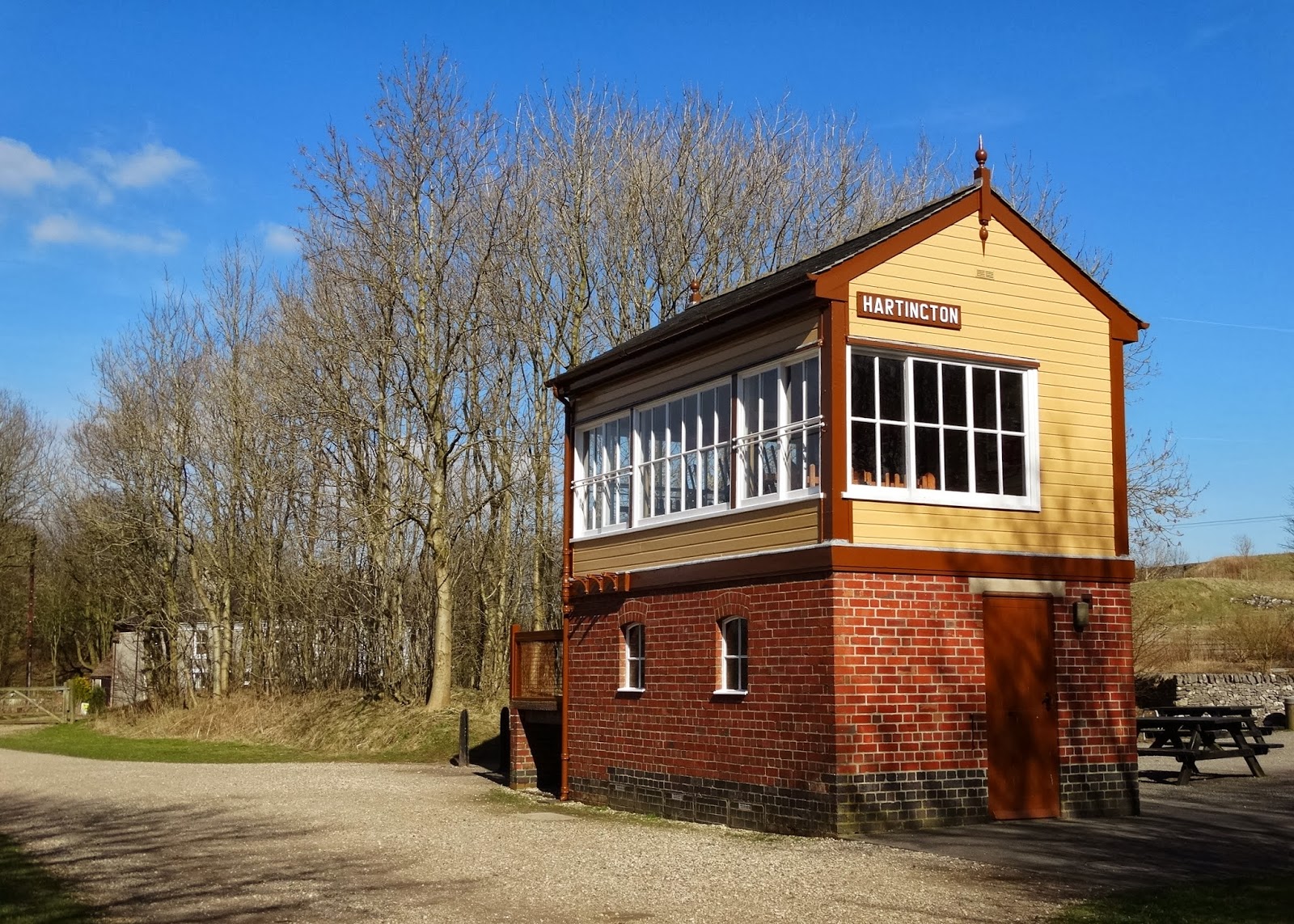 I am not very fond of walking on old rail tracks as you often find yourself plodding along in deep cuttings - or maybe the tracksides are so overgrown with trees that you cannot see a thing. But today - on what is now The Tissington Trail - there were a couple of stretches where I found myself walking on high embankments with fine views of the surrounding countryside. A farmer was bringing food supplements to his sheep and they forgot their usual nervousness:- 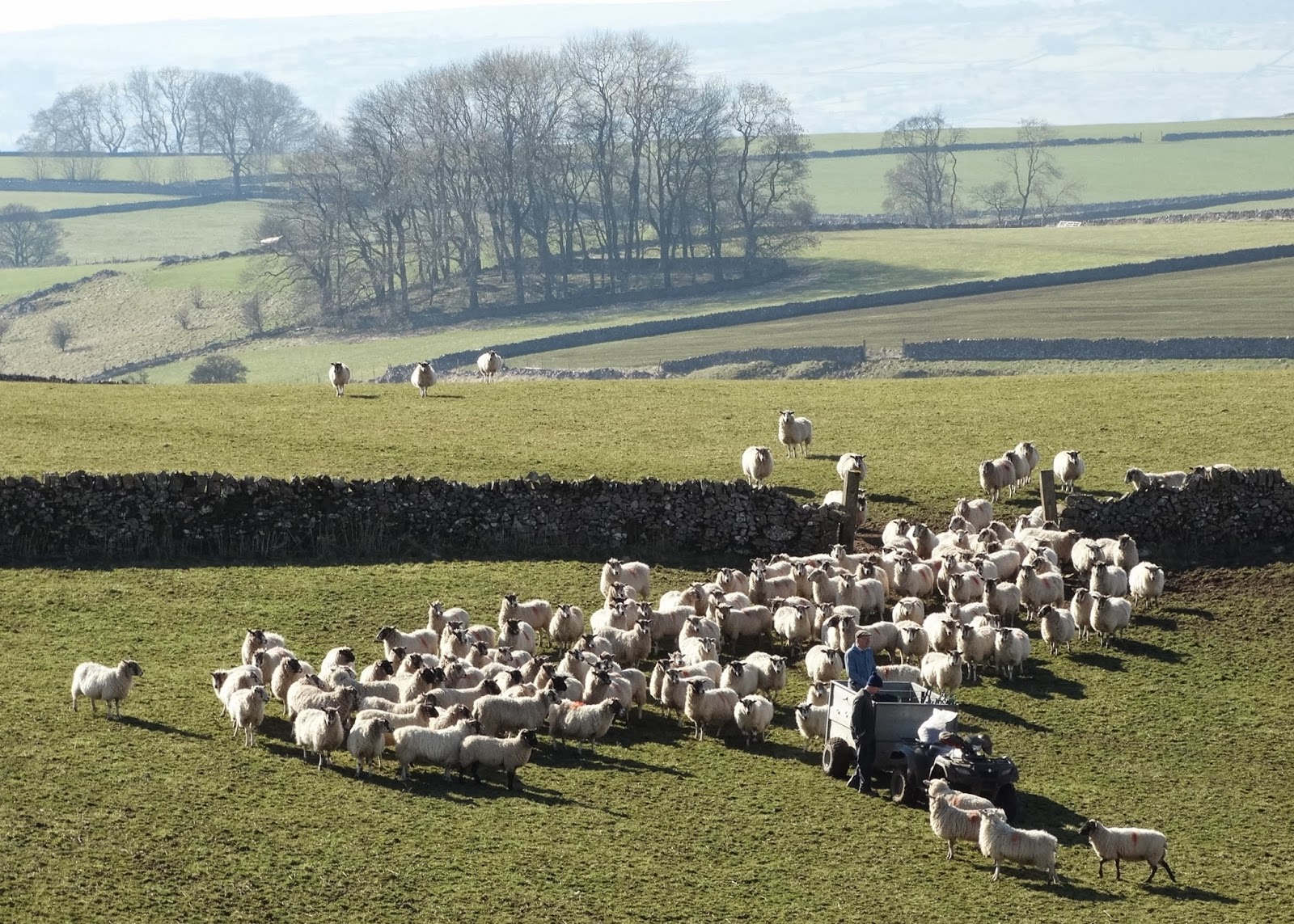 I took several shots of remote buildings bathed in the March sunshine. This was probably the best of the bunch:- 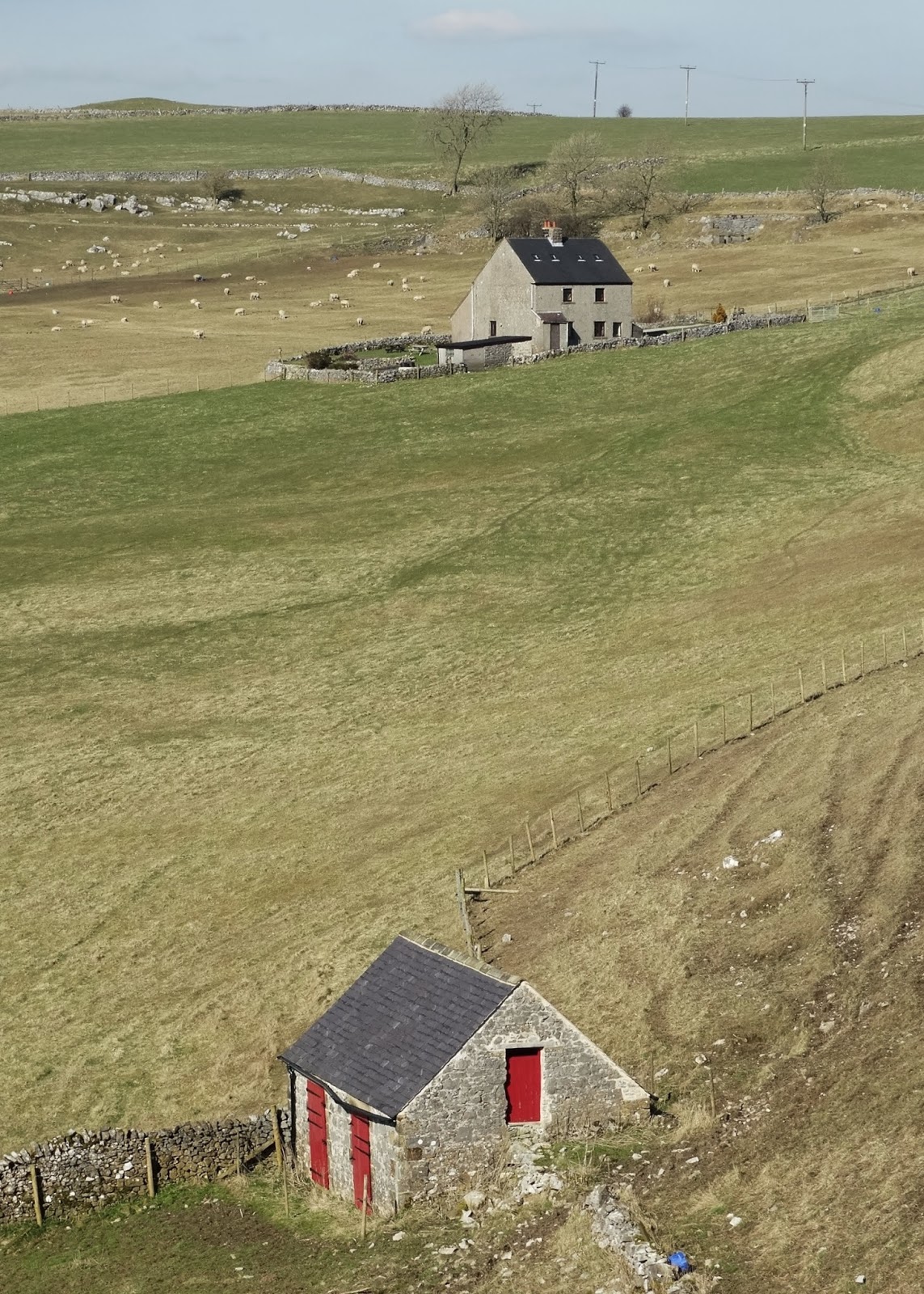 The Tissington Trail meets with The High Peak Trail  - another old railway track. Here cyclists pedal beneath the old bridge that led to Blake Moor and its mine workings:- 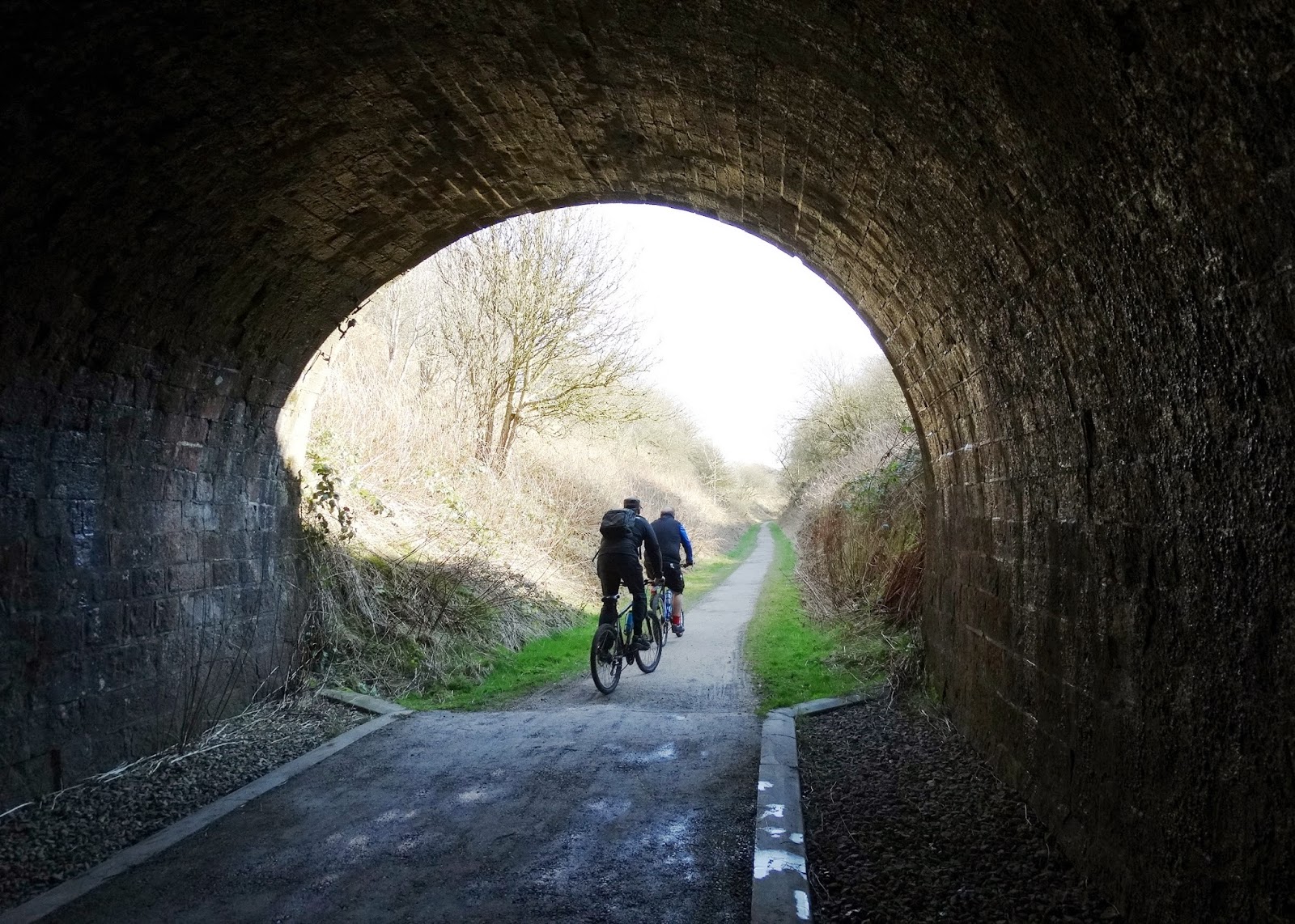 Near Brundcliffe, I left The High Peak Trail to reach a line of trees which follows the course of an old Roman road. There's only the straightness to  see now but for over two hundred years this road knew Roman carts and foot traffic - travelling between Derby and the important spa town of Buxton. Derbyshire lead would have been transported along this route and some of it would certainly have ended up in Rome and Pompeii. 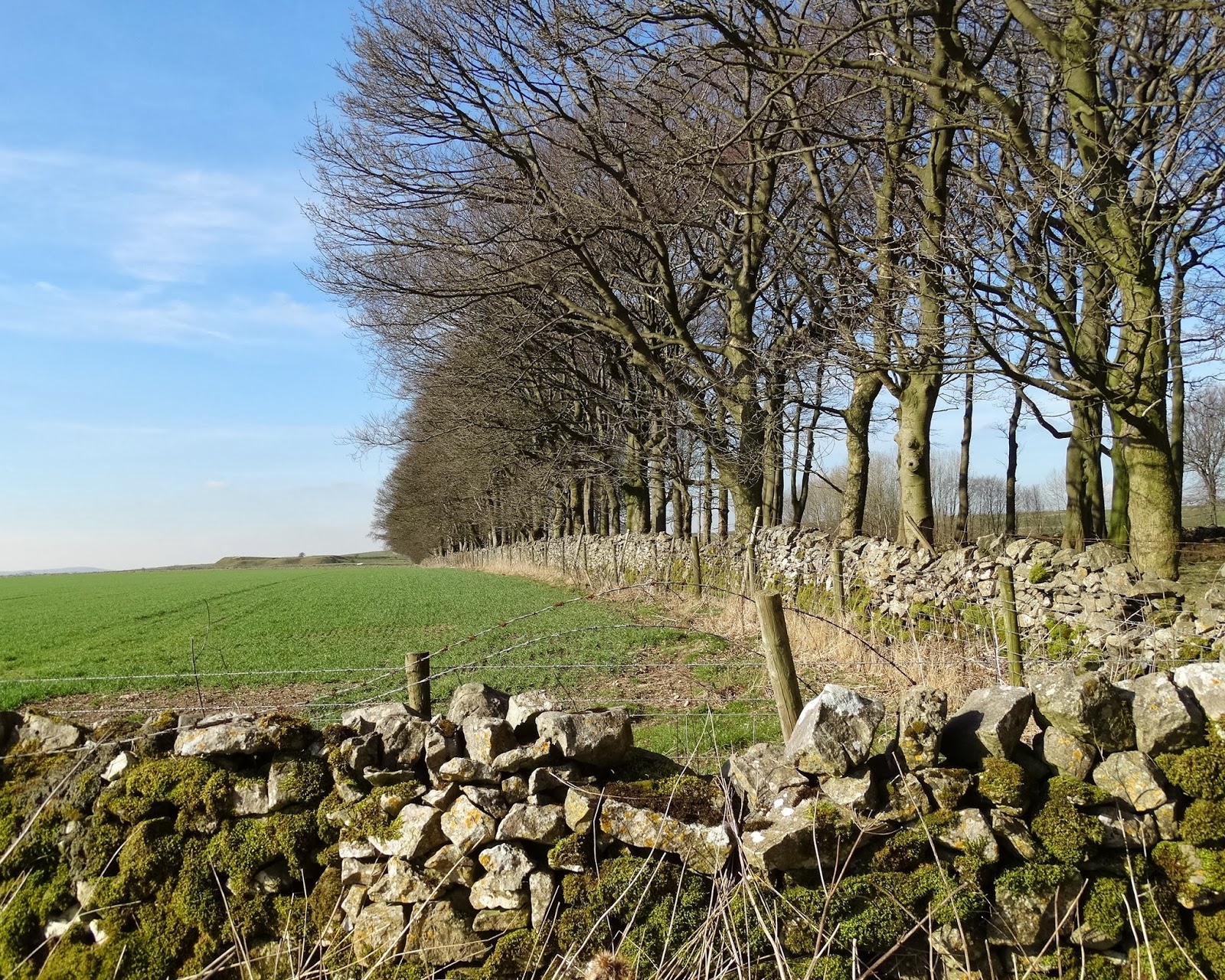 There was even a surprise stone plaque in the drystone wall - in Latin of course. It bewails the condition of the road as well as confirming that this was the route from Derventio (Derby) to Aqua Arnememetiae ("The Spa-Town of the Sacred Groves") or what is now Buxton:- 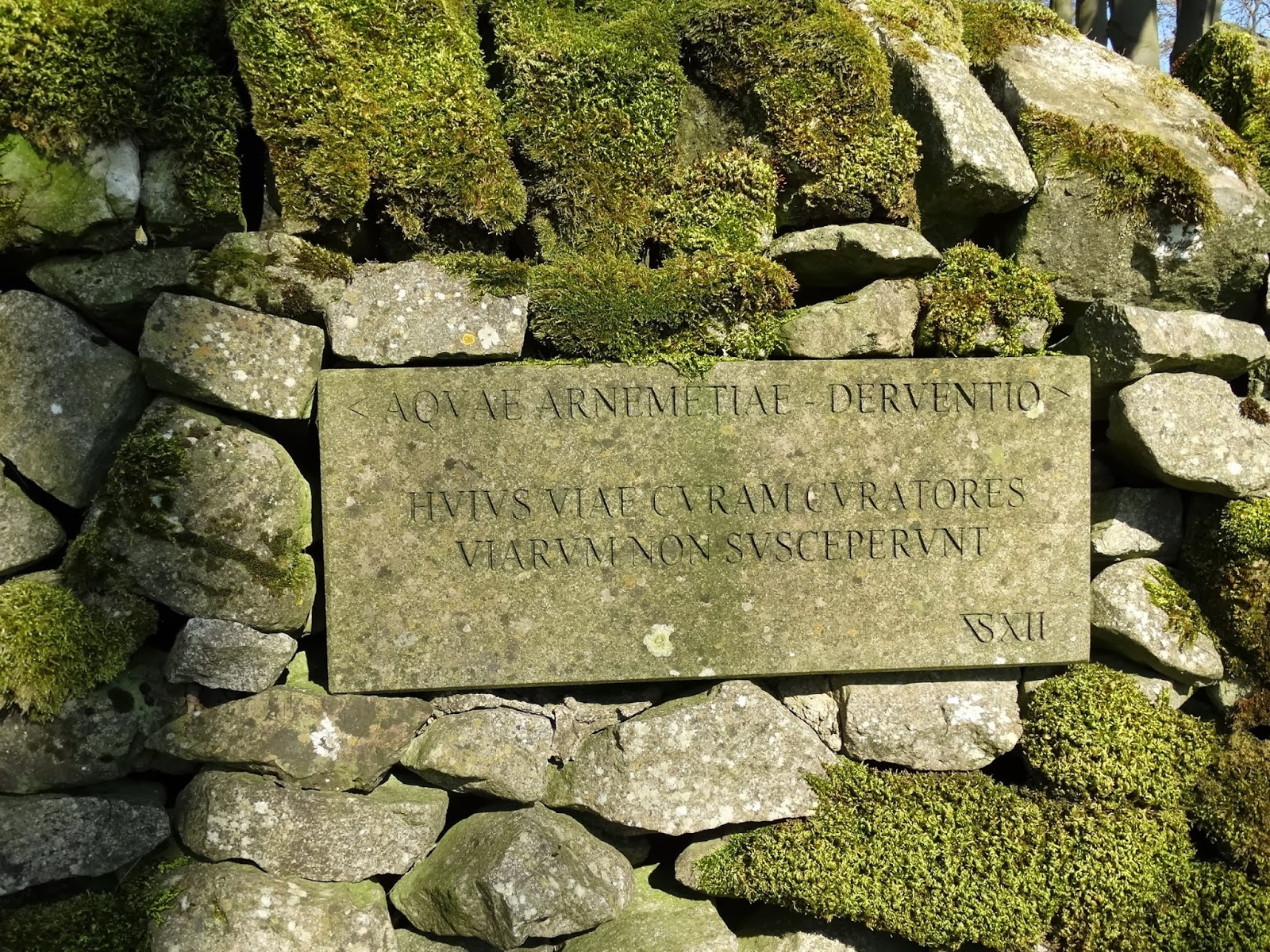