It is estimated that since Roman times. the coast of Holderness in East Yorkshire has lost about two and half miles to erosion. So when you look out to sea from Hornsea or Aldbrough or Withernsea you might pause for a while to think of those lost acres of rich farming land. But more than that - out there where the North Sea waves churn in the wintertime there were villages, hamlets and even two very significant ports called Ravenser Odd and Ravenspurn - the latter being mentioned in three plays by William Shakespeare.

Each winter, ruthless waves come along in storms to chew at the land. The boulder clay of the coast offers only limited resistance but in a good winter only a metre or so of land is lost to the sea. In bad winters up to ten metres might go.

Some of the lost villages had parish churches and stone crosses. Graveyards and cockerels crowing from fenceposts. There were byways and lanes and humble cottages, farms and memories. People passed the time of day by their doors, hardly thinking that one day their settlements would disappear - lost forever, as if they had never been.

And when you walk along the beach at Hornsea you are never sure of the stories that the stones beneath your feet could tell. From more recent years you will see bricks that have been rounded by wave action - but once they belonged in the walls of barns or houses - all taken by the unforgiving sea.

Hornsea is protected by a concrete seawall that was first developed at great expense in the early years of the twentieth century. Later this was extended. I walked along to the end of this new sea defence to witness the way in which the waves are eating away at the South Cliff under a large holiday caravan park that gets smaller each winter. And this is what I saw... 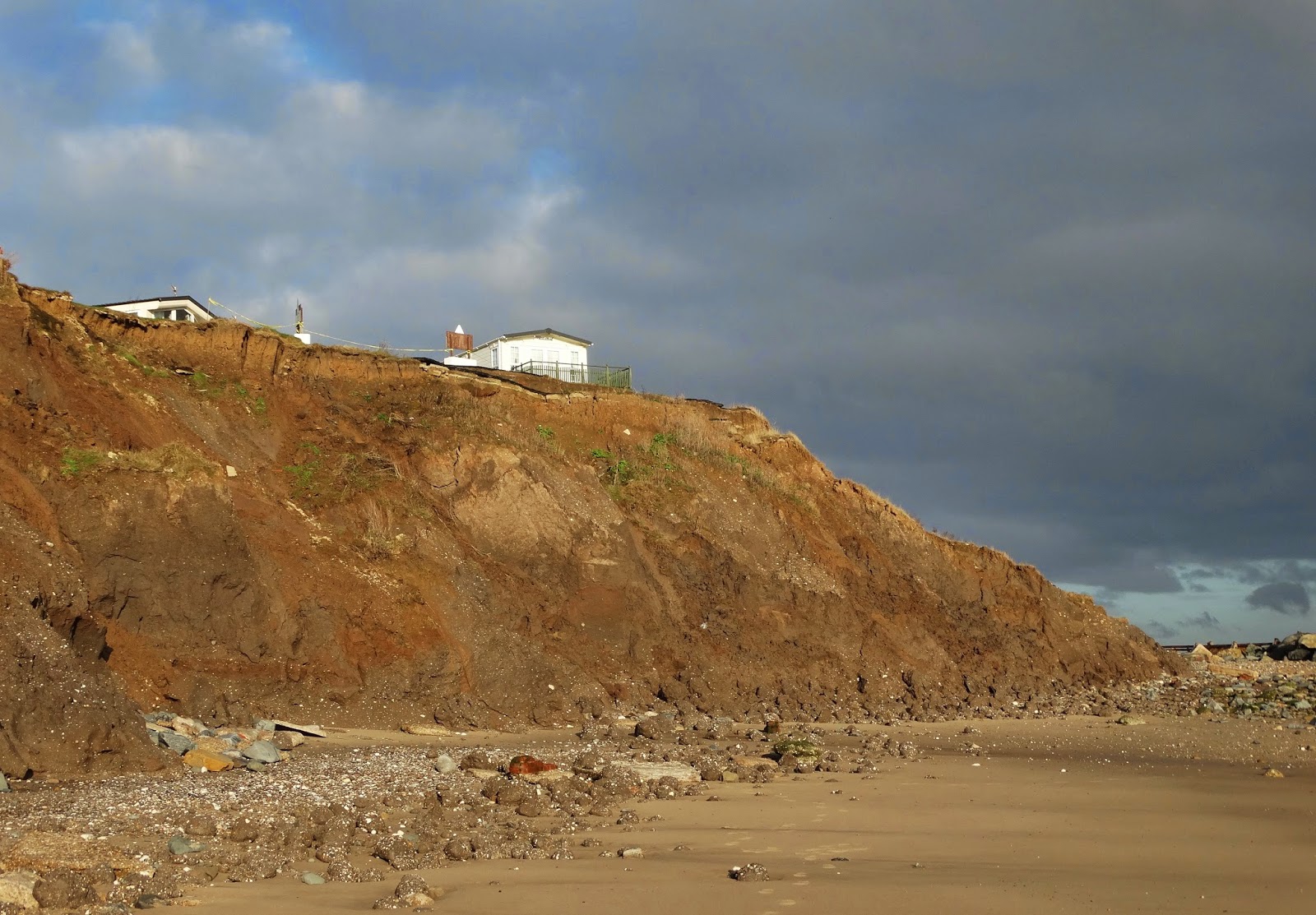 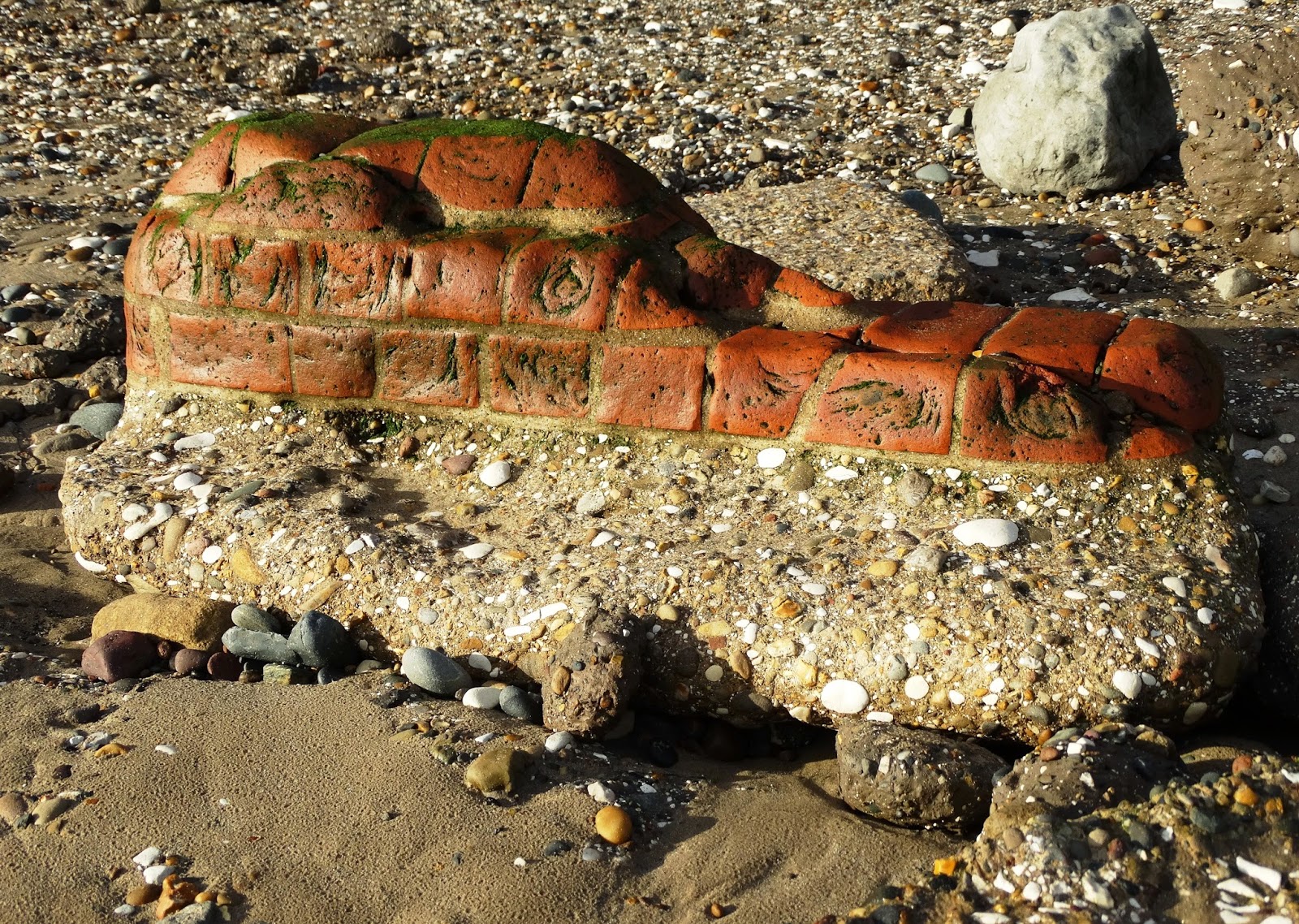 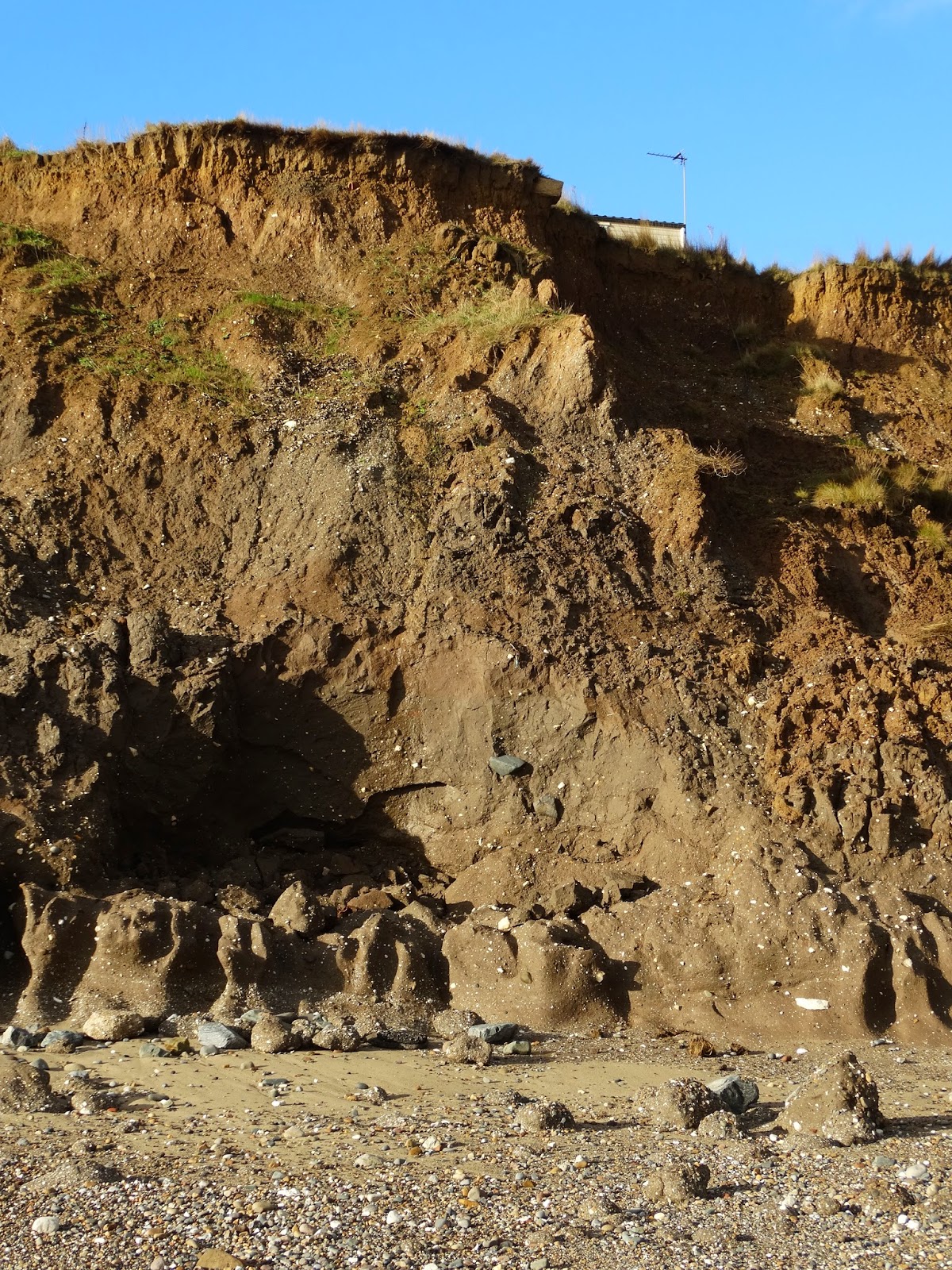