Our offspring have been at home this long Easter weekend. Knowing I would have the Sunday dinner to make later on, I was keen to have a bit of exercise beforehand so I drove up to the reservoirs at Redmires intending to walk along the old drovers' track to Stanedge Pole. It's a route that the Romans also used as they moved between settlements at Templeborough and Buxton via Brough in The Hope Valley.

The pole is an important moorland landmark and would have once guided the travellers of bygone times. When I got up there I was unhappy to find that the old wooden pole is now half the size it once was. There's a notice affixed to the remaining stump. explaining why The Peak National Park Authority decided to remove the top part of the pole. Apparently it was getting dangerous. Well, I hope they erect an extension before too long.
The most westerly property within Sheffield's city boundaries is up on the moors near Stanedge Pole. It is called Stanedge Lodge and was built in the nineteenth century as a hunting lodge for grouse shooters and wealthy revellers. I would love to have a look round it but public access is forbidden. I believe it now has a commercial use - as  some kind of training centre.

After my little jaunt it was back home to prepare the leg of lamb. I made incisions and squeezed in fresh sprigs of rosemary and little spears of garlic before seasoning it and splashing a little rapeseed oil over the surface. Three hours in the oven and then there were roasted potatoes, carrots, spring cabbage, broccoli, Yorkshire puddings, mint jelly and gravy. Another feast to commemorate Jesus's crucifixion. Lamb for the lamb of God. 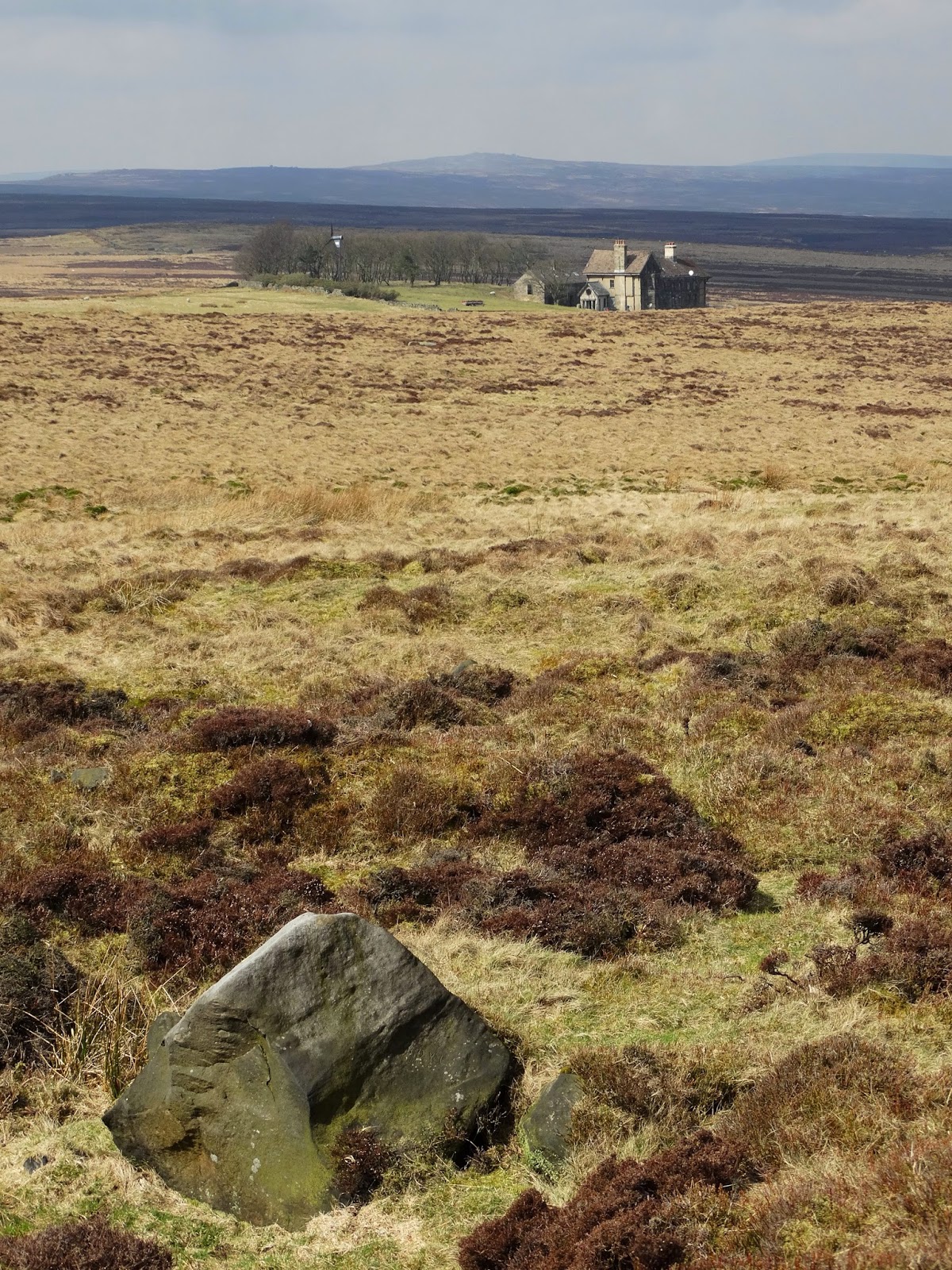 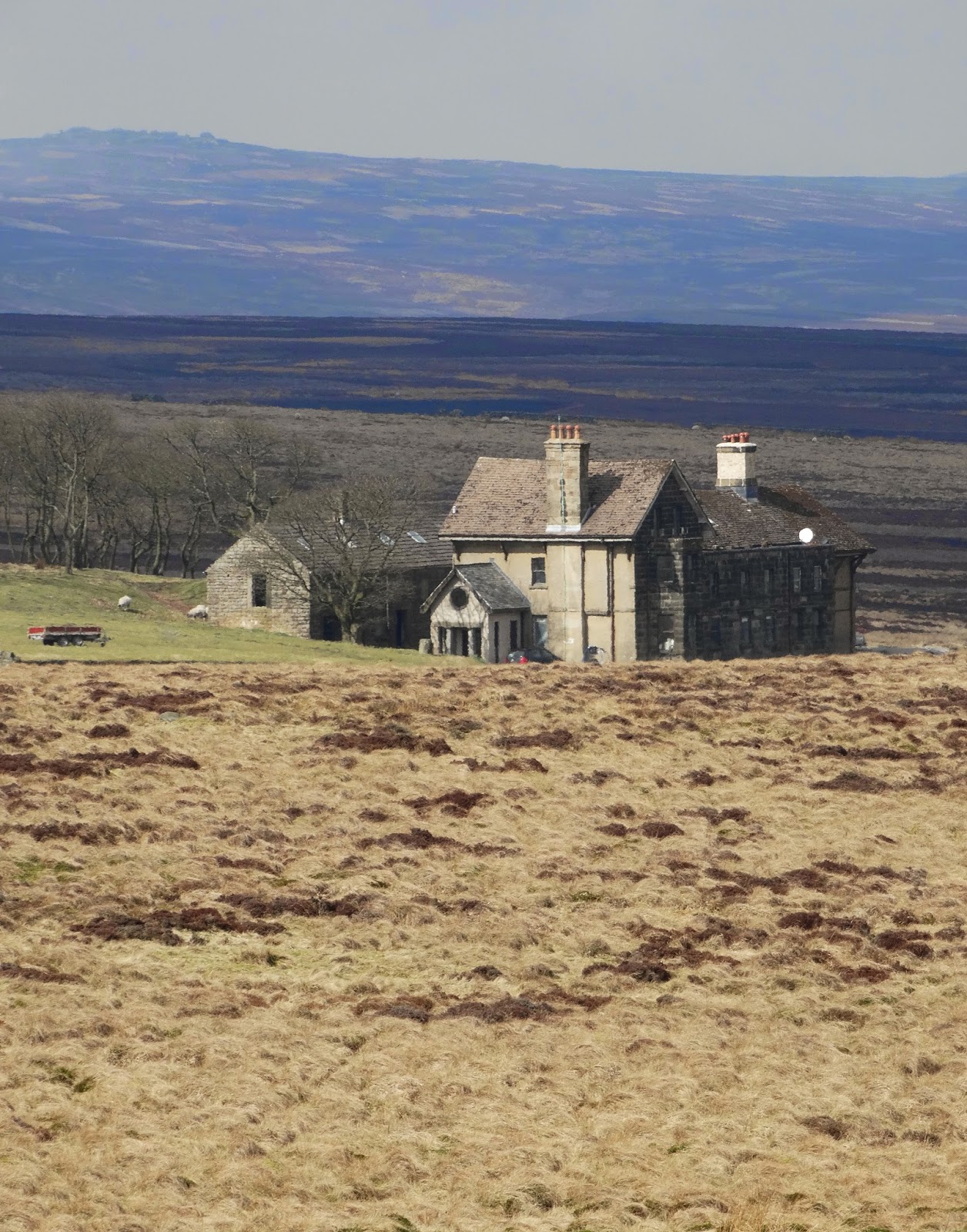