Long term visitors to this blog may remember that there are two sheep in our garden. The mummy sheep is called Beau and her frisky little lamb is called Peep. Peep is very clingy - always by his mother's side so today I decided to assist his social and emotional development by taking him out for a walk in the North Derbyshire countryside.

He was bleating plaintively as we drove over to Edale and it was disappointing to discover that he had deposited some lamb droppings on the front passenger seat during our journey. I put on my walking boots and we headed towards Jacob's Ladder which is a path that weaves up to Edale Cross. 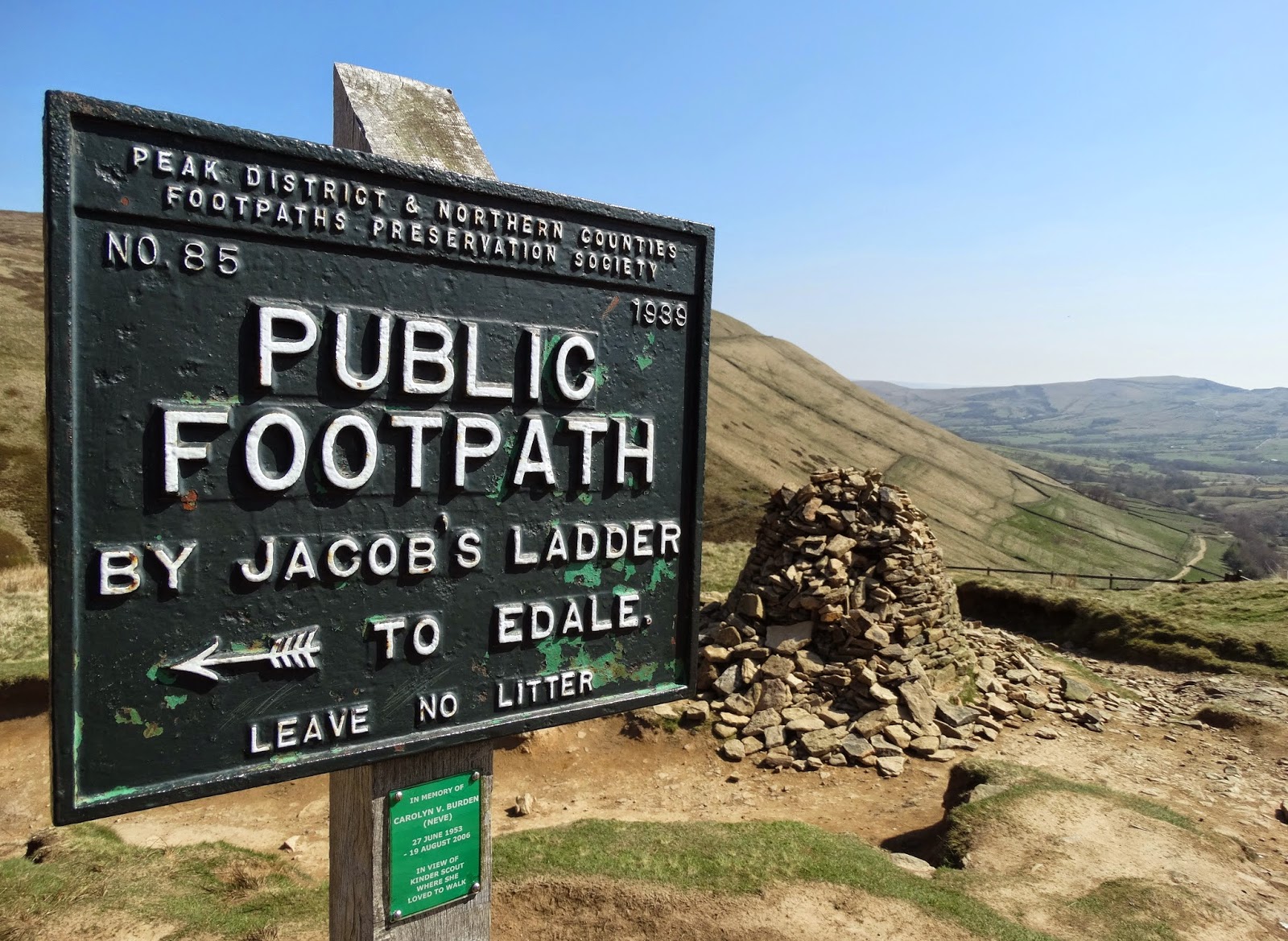 We met a man called Tony from New Mills. He was with Ollie - his black labrador. At first Tony thought that Peep was also a dog - some kind of Arctic poodle - but I  advised him otherwise. We encountered an Australian couple near Edale Cross. He was called Bruce and she was called Sheila - no word of a lie! I volunteered to take their photo and suggested the resulting picture would look good on their Sydney mantelpiece. Bruce said "G'day mate!" which I did not understand though I think the expression was relatively friendly.

Soon Tony and Ollie headed off for Hayfield but Peep and I turned left to South Head Farm. Then there was a long trudge up to South Head before we followed  a long moorland wall to Brown Knoll. We stopped there for some refreshment. I had remembered to bring Peep a bag filled with fresh grass but I ate an apple and downed a bottle of water in three thirsty glugs.
Then back to Edale Cross and down Jacob's Ladder to Yongate Bridge over The River Noe. Peep was doing really well and still frolicing without complaint but I had to carry him the last hundred yards to my car. He was almost asleep by the time we got there. It had been quite an adventure for the wee lamb.
- April 22, 2015