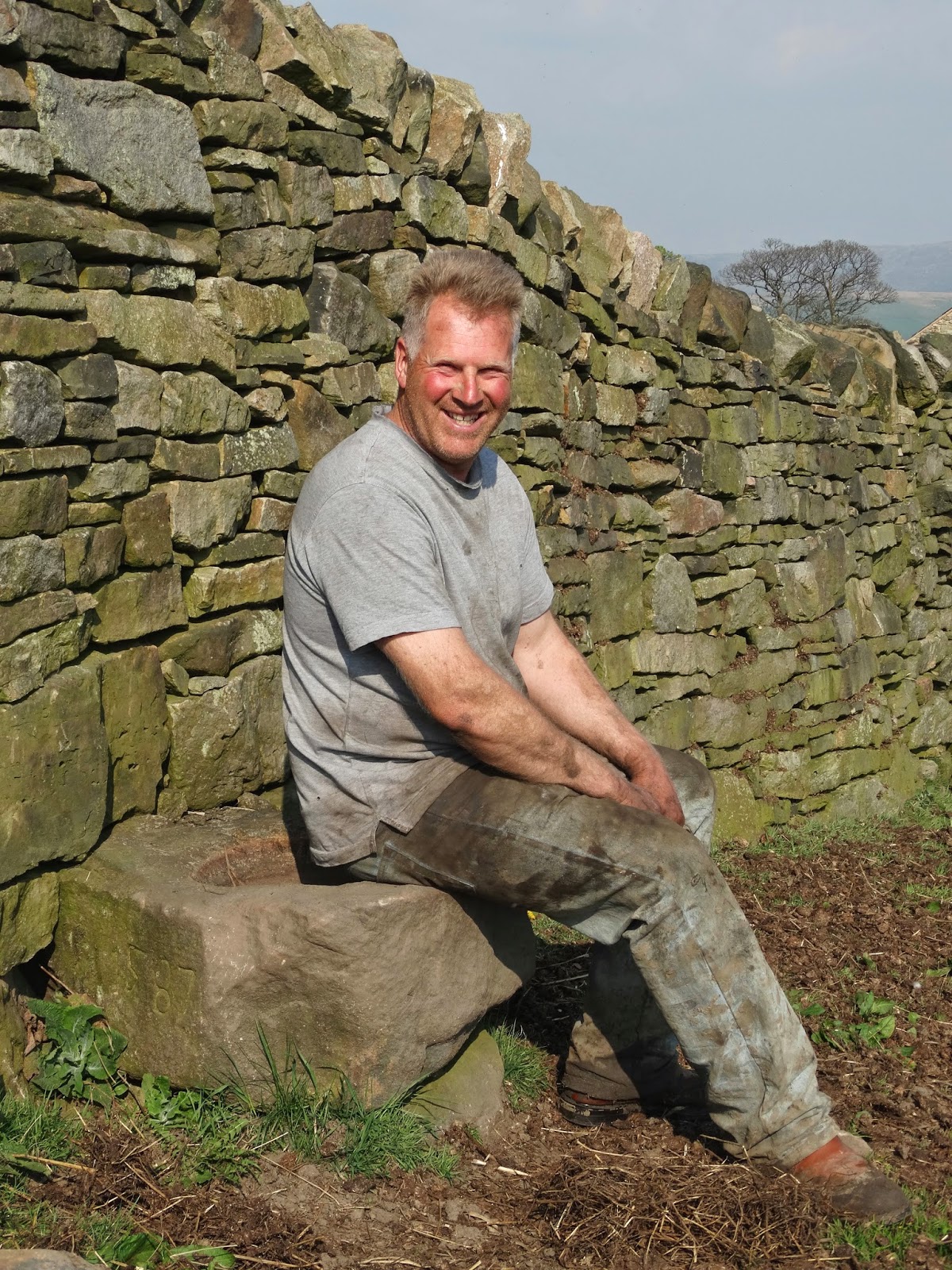 This is Paul in the hamlet of Whitle just north of New Mills. His clothes and arms are dirty because he has just come home from work. He drives and maintains heavy goods vehicles and is as strong as an ox. He's forty two and lives with his wife and three children in an old stone farmhouse that overlooks the Sett Valley on the western edge of The Peak District.

Whenever Paul gets home it is not long before he is out in his paddock tending his chickens. Like Jan in Sloughhouse, CA, he knows a lot about raising chickens and is passionate about them though unlike Jan he's not into showing them. He jut loves the feathers and the eggs and the fact that he has raised them and that they are free to run around in the sunshine. He shook his billy can of seed and a small flock came running with their handsome little cockerel behind.


Paul is a workhorse - a bit like Boxer in "Animal Farm". He just gets on with things . Take that big wall behind him. He built that with his own hands. Well there had been an old tumbledown wall there beforehand but he repaired it and raised it to its present height and as he was scrabbling around in the loose stone he found this huge piece of carved millstone grit. It had lain in the earth for donkey's years.  Neither he nor I were sure what it is but can you see the date "1587" carved on the side? The stone goes right under Paul's wall and is about seven feet long. 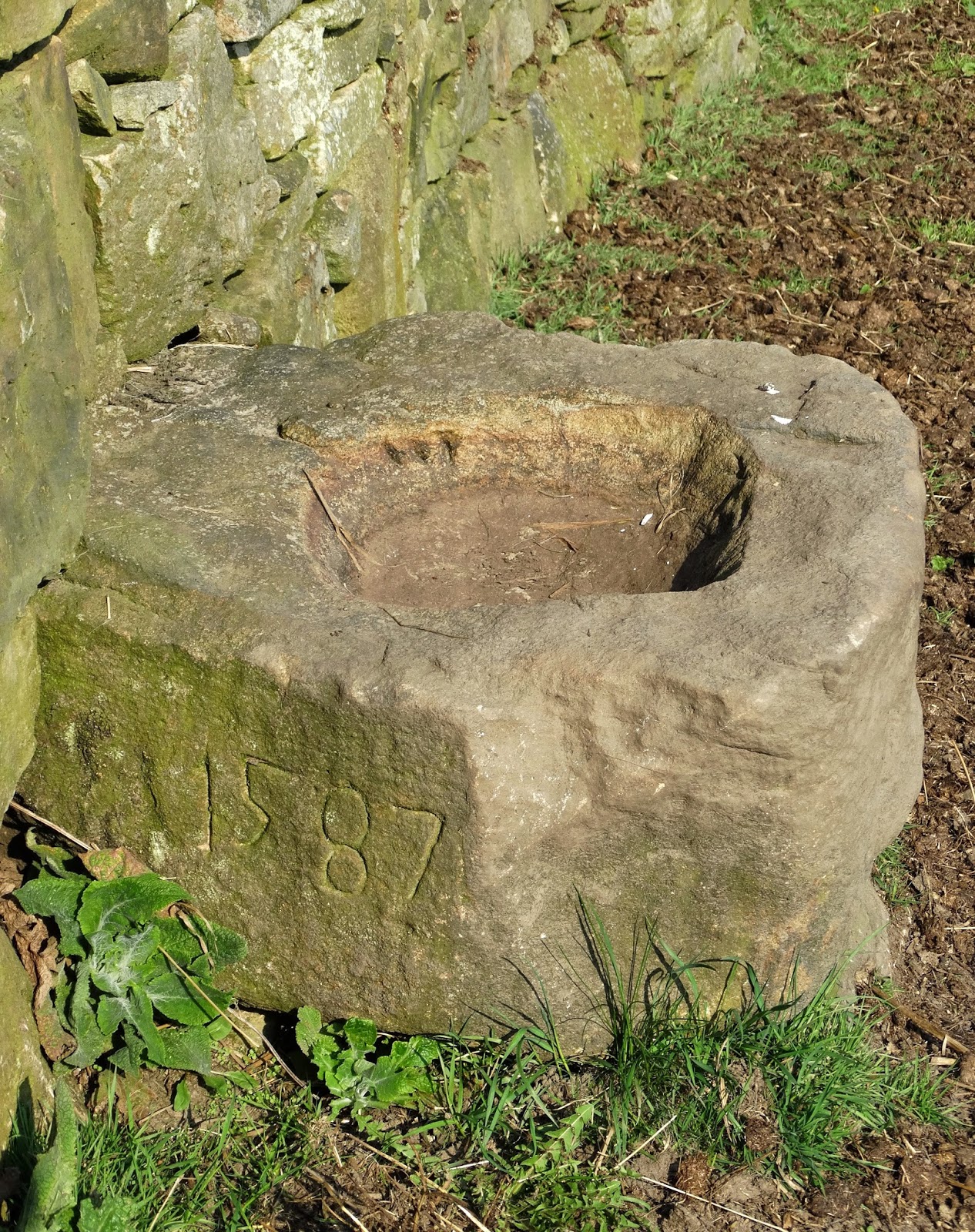 And here's the way that walkers get through the wall on the public footpath that passes right through Paul's paddock. Quite a climb up:- 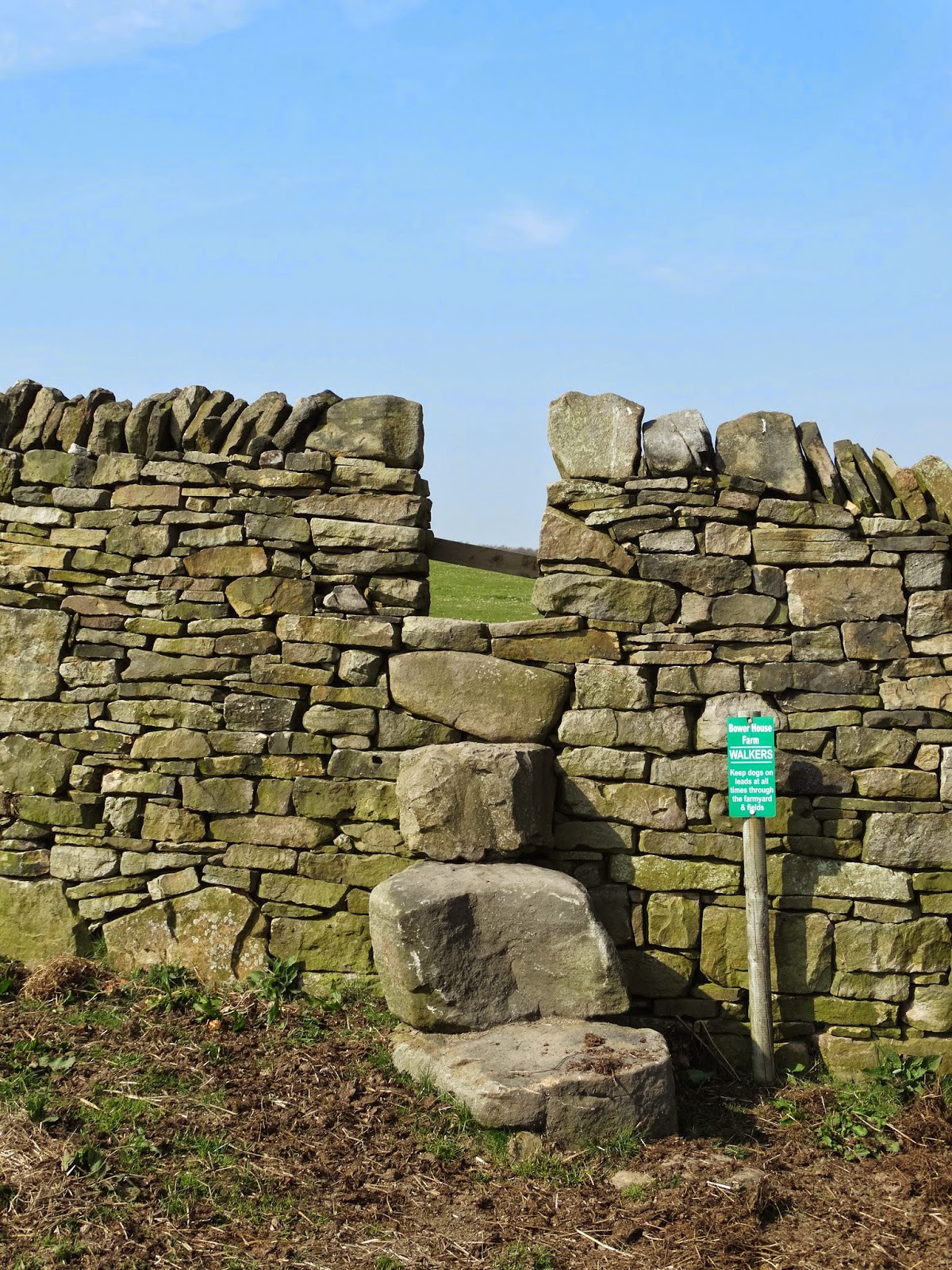 And here's the view from Paul's lane over The Sett Valley:- 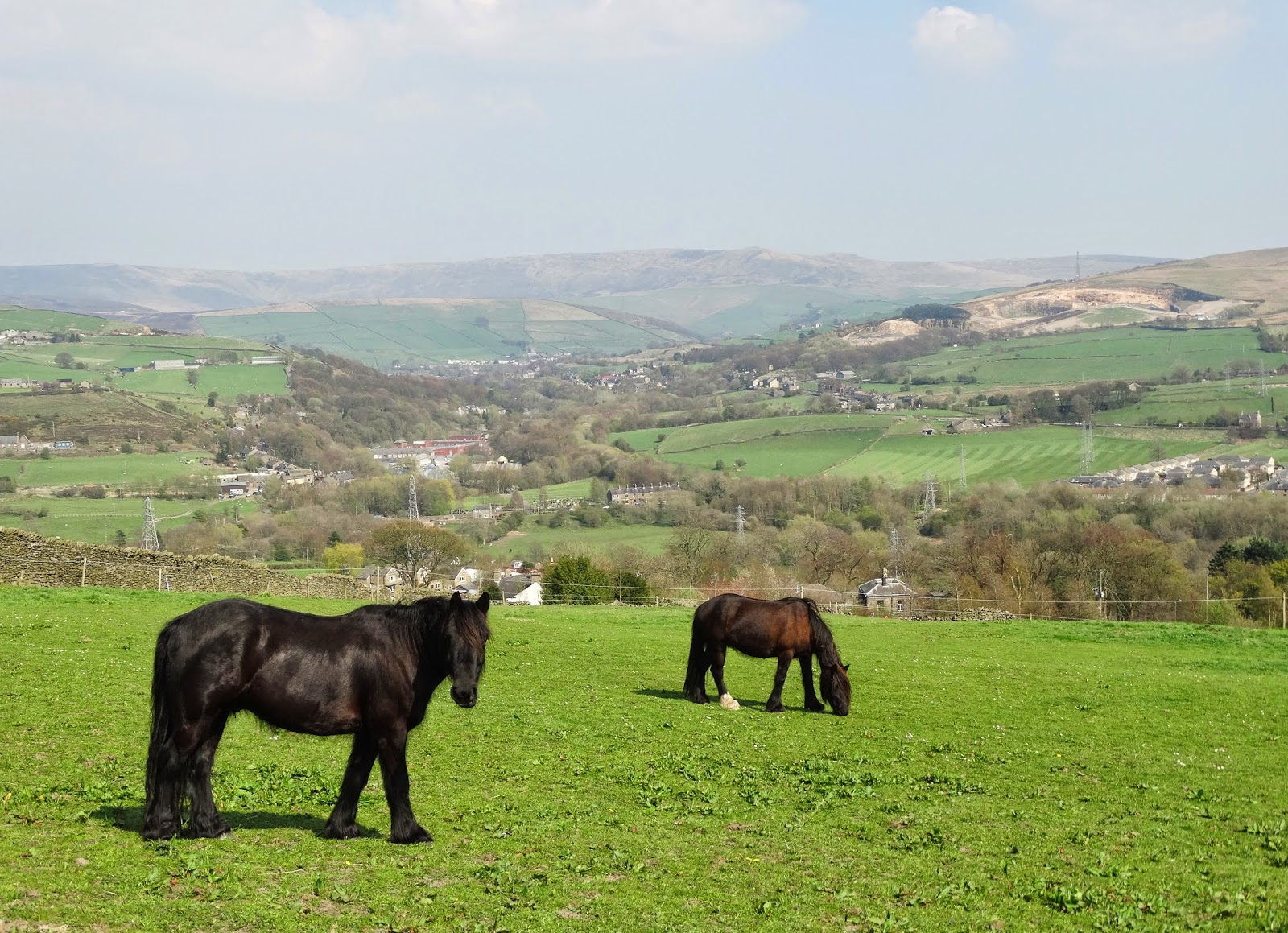 When I am out walking, it is rare to spend more than a couple of minutes talking to strangers but I was in conversation with Paul for over half an hour and at one point thought that I would never get away to continue the circular route I had planned from New Mills Central railway station.

In that half hour I learnt enough about him to write a book. He spoke in a broad north Derbyshire accent and had a positive, cheerful "can do" view of life. It is unlikely that he gathered many if any qualifications at school but that didn't matter because he had his hands and his muscles and his spirit to make an honest  living for himself and his family.

I learnt about his sister - a former air hostess and his father who would sometimes point to the nearby stone quarry when Paul and his siblings were causing annoyance and say "Why don't you lot bugger off and play in yon sandpit?" The memory of this amused Paul greatly and his eyes narrowed to slits as a big, genuine smile lit up his face. You get a sense of that in the staged photo at the top of this post. And can you see how he is hiding his hands because they are black with engine grime?

Like me, Paul is very proud to be English and proud of our little country. We shared a common feeling of distaste for those who knock England or run it down. "It's beautiful!" said Paul his arm sweeping across his priceless view of The Sett Valley and "I know it's only a small country but we've done a lot for this world. We should be proud!"

If I hadn't made a move, I would still be talking with Paul now. As it was the half hour delay meant that I got back to New Mills Central Station at 7.15pm - just in time for the 7.16 train back to Dore and Totley Station where I had parked my car - for free! Yippee!
- April 25, 2015