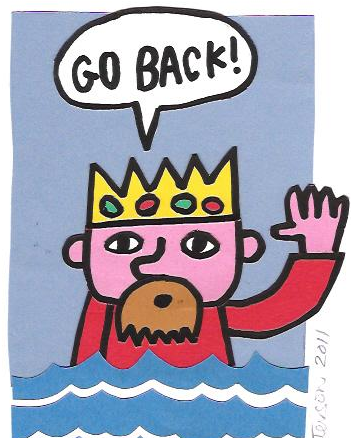 Growing up in my East Yorkshire village there were certain social mores to which children were obliged to subscribe. After all, we were only kids and we needed to know our place. When we spoke of or to our adult neighbours and fellow villagers we never used their first names.


Next door to us lived a piano-playing widow called Mrs Varley. Mrs Austwick ran the little sweet shop on South Street. Mr and Mrs Ward were the licensees at "The Hare and Hounds" and Mr Peers was the village grocer. Mr Assert was the assertive school caretaker. There was a funny little man called Mr Grubham -  with a name like that he just had to be the street sweeper. To this day I have no idea what those people's first names were - apart from Mr Grubham who was called Joe.

Fast forward to 2015 and we have two little girls living next door to us and two little girls across the street. To them I am Neil and Shirley is Shirley. They probably don't even  know our surname. It just happened - symptomatic of our times and changing social habits. Of course the parents never asked how their daughters should address us. It's the modern culture we inhabit. Somewhere along the line something changed.

And when I was growing up, business organisations, banks and utility companies would never even think of using first names in their correspondence with customers. The very idea would have been outrageous. A degree of formality was important. It provided a suitable transactional distance and was an appropriate signal  of respect.

Nowadays, both in email communication and call centre talk, I am habitually addressed by my first name and usually this happens without my permission. On more than one occasion I have interrupted calls to ask the person at the other end not to use my first name. It is likely that I am the only informality protester they encounter. They probably skip to their call centre "comfort breaks" giggling about the dinosaur they have just stirred.

And as you may or may not know we have a general election coming up in Great Britain next month. I have received several election communications which begin with the appellation "Dear Neil..." or "Neil - this is the most important election for a generation". But all I can think is - Who said you could use my first name?

In shops and pubs I don't want to be "pal", "mate", "bro" or to be on the receiving end of  any other similar informal terms of address. If anything I still want to be "sir" - for that term helps to define our relationship. I am the customer and you are giving me a service. I am not your friend.

King Canute could not command the tide and I know that my feelings about manners and the growth of informal address are probably anachronistic. Some people's instincts are to embrace the new without question - be it in terms of technology, fashion, language or social habits. But that is not my instinct. In my world what is new is not necessarily better. It is simply something to be considered.
- April 14, 2015