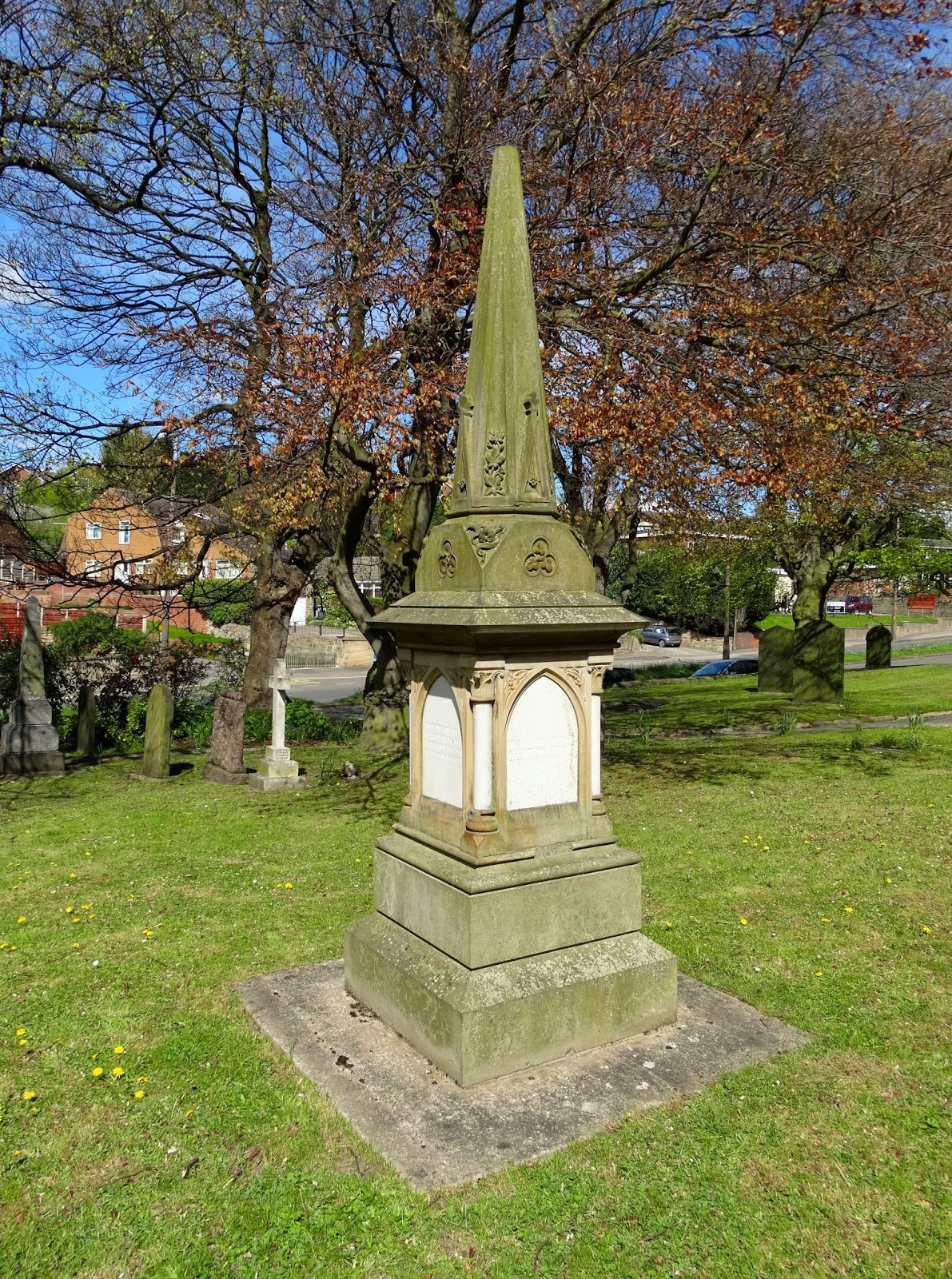 How soon past events may be forgotten. In yesterday's April sunshine I went for another jolly stroll - this time close to Barnsley - beloved second home of Frau Meike - the award-winning architect of Baden-Württemberg blog "From My Mental Library".

I parked at Monk Bretton Priory which I shall blog about later on but here I am thinking about something that happened in mid-December 1866. Something awful. And I only learnt about it when I ventured into the grounds of Ardsley's Christ Church as I plodded back to my car.

Barnsley was once famous throughout the land for its coal mines. Indeed, when I first hitchhiked through the area in 1969 I was struck by the town's own version of The Alps - huge piles of coal waste or what we know in England as slag heaps. Today it is so different, so much cleaner and the coal mines have all gone.

In the mid-nineteenth century, English coal mines were frequently run by unscrupulous profit-hungry capitalists who seem to have viewed  the men and boys who worked the mines as disposable commodities. Safety was not very high on the agenda and there were many deaths through rock falls, flooding, suffocation and fire.

One of the pits at Ardsley to the south east of Barnsley was called The Oaks Colliery. There had been deaths there before - notably in 1846 when seventy three men and boys had been killed in a methane explosion. But on the night of December 12th 1866 an even greater tragedy struck for 334 men and boys died in another gas explosion and only six of the men who were underground at the time survived. The next day yet more men died - would-be rescuers - bringing the total of fatalities up to 361. 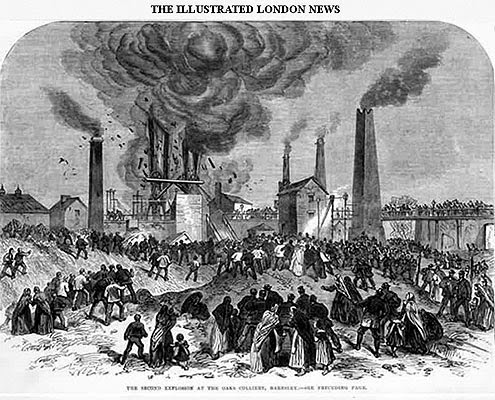 This is an extract from the report in "The Illustrated London News", March 1867:-
"The news soon spread far and wide that the Oaks Pit was on fire, and all the workpeople remaining in it. The friends and relations of those who were employed in the colliery were seen running frantically towards the melancholy spot, anxious to learn the extent of the loss of life. From the village of Ardsley, Gawber, Worsbro' hill, Barnsley, Monk Bretton and other places, numbers were presently collected together on the spot. The intensest excitement prevailed, the pit hill was everywhere crowded with the wives, the children, and the friends of the sufferers below, whose cries and wailings were alone to be heard."

I can hardly imagine the impact that this disaster would have had on local communities and families so cruelly robbed of their main breadwinners. Most of the bodies were never brought out of the mine. They still lie entombed far beneath the earth's surface but thirty five were interred in the grounds of Christ Church. And I only learnt about all of this because I turned round to read the inscription on a monument that is so small and so relatively insignificant that you might think it a kind of insult to all those lost souls.

For almost fifty years, The Oaks Colliery Disaster was the worst mining tragedy in British history until the toll of the dead were surpassed at Senghenydd Colliery in South Wales in 1913 when 436 miners were killed in a similar explosion. This was the price of coal and though it was long ago, I still bow my head in respectful memory of the dead. So many forgotten heroes. And the total of the dead on the monument is wrong.Not 354 but 361 - but hey who cares about seven dead miners? 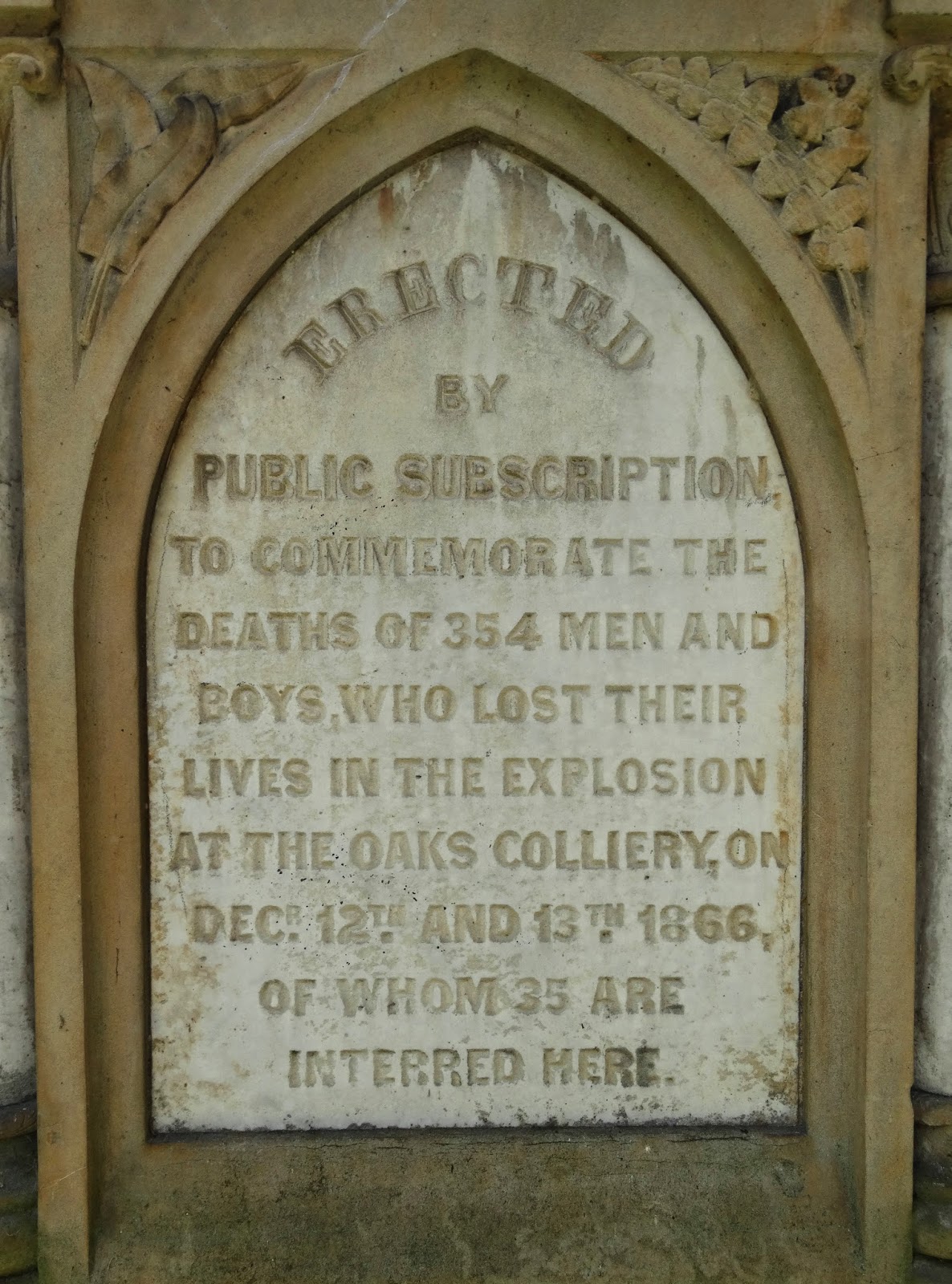