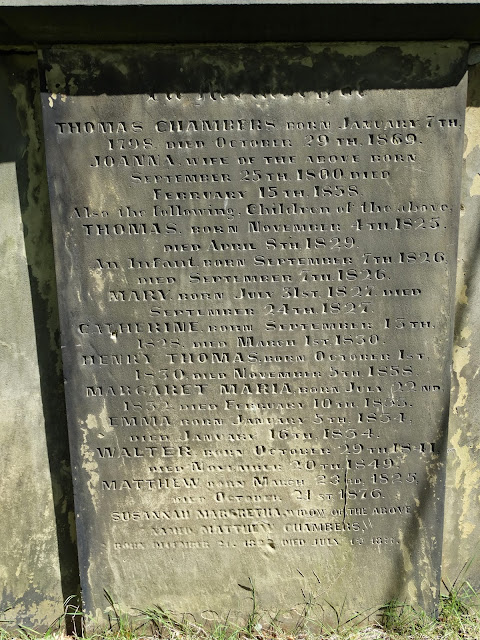 St Peter's Church, Tankersley. It sits in splendid isolation, away from the village it serves. I wandered around the neatly-trimmed graveyard and came across this Victorian gravestone. Between the lines it reveals the life of sorrows that must have been led by Thomas Chambers and his wife Joanna. Though he died at the age of seventy one  and she died at the age of ,fifty eight  their offspring were generally not so lucky.


Nine children and only two of them reached adulthood. Such private tragedies were not unusual in those days. Looking back from 2015 we can hardly imagine how it must have been for Thomas and Joanna. We expect our children to live. In general, death is something for old people, not for the young.

In another corner of St Peter's churchyard, there was another grave containing yet more babies. The inscription ended with a verse that says much about the stoicism of our Victorian forebears:-


I never more shall see the sun
I go where troubles cease
Father in Heaven, thy will be done
Farewell, I die in peace.
- May 12, 2015