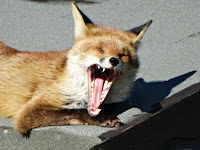 
Fred the old dog fox becomes more brazen with each passing week. Yesterday morning, Shirley came bounding back upstairs to disturb her slumbering master in a state of great excitement. I thought my luck was in or perhaps we had won the National Lottery, but no, she needed to tell me that Fred Fox was sunning himself on the roof of a neighbour's shed.

Leaving my unfinished dream of a weekend in a Swedish cabin with Ulrika Jonsson behind, I bounded downstairs in my birthday suit to retrieve my camera, not expecting to find the local vicar at the bottom of our staircase. Fortunately, he wasn't.

Back in the bedroom, I flung back the curtains. Jill next door was putting out her washing and had an unexpected and may I say rather pleasant surprise when she looked up. I waved at her as she scurried back inside clutching her peg bag.

Then I snapped these fresh  pictures of Fred Fox:- 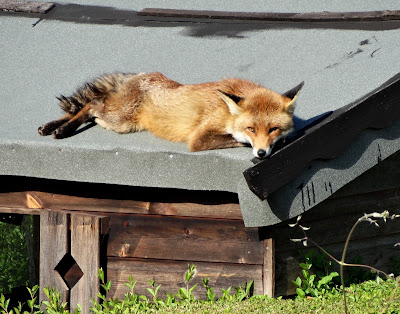 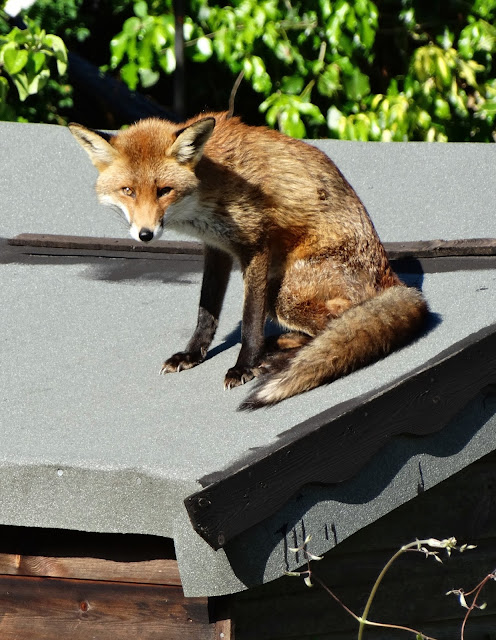 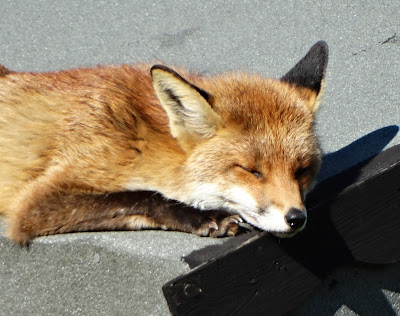 During Saturday, I did quite a lot of garden work before watching the FA Cup Final on television - live from Wembley Stadium. I left my Bosch lawnmower out on the grass  next to two thick foam mats I use when kneeling down. After the game had finished, I went into the kitchen to make the evening meal and there was Fred Fox lying next to the lawnmower atop my kneeling mats. Now that  really is "taking the piss" as less cultured bloggers might observe. 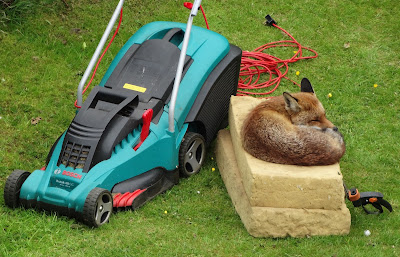