West of Sheffield. Over the hills. To Bakewell and then on the back road to Monyash. Still westwards into Staffordshire at Crowdecote, over the River Dove and on to Longnor. Lovely countryside but we still weren't stopping. We were heading for Roach End and that's where we parked. May Day Bank Holiday Monday.

Boots on, we set off to to the northern slopes of The Roaches - an area known as Back Forest even though there are few trees of any note there. But it's an area that holds a secret - a natural chasm, a cleft in the earth known as Lud's Church.

It's about twenty metres deep and no more than two metres across and with a right angled bend in it, the cleft is almost a hundred metres long. There mosses and ferns grow, the rock faces drip and sunshine hardly ever warms the place. 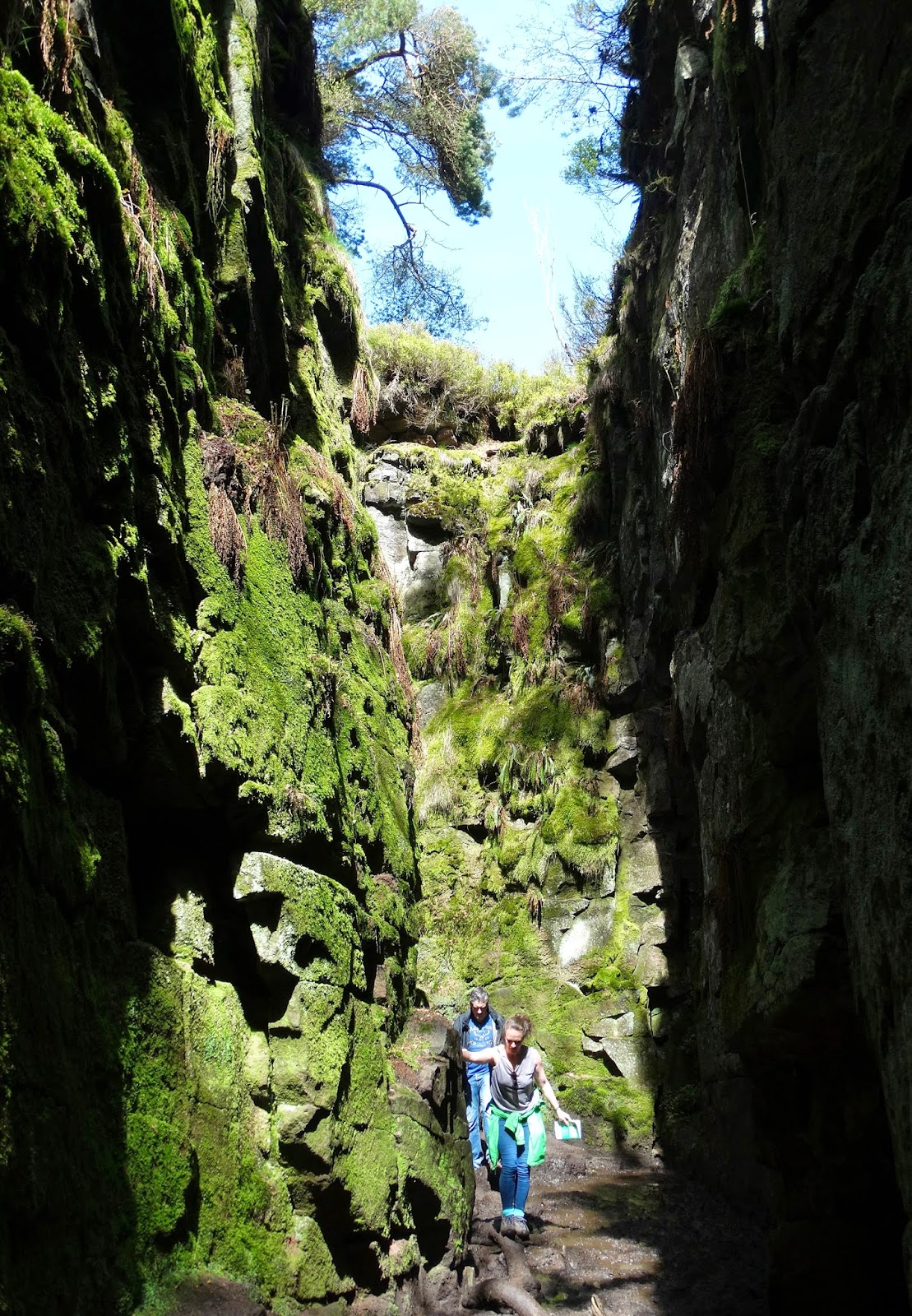 You could easily walk right by it and miss it but of course people have known about Lud's Church for hundreds of years. It was once a hiding place for renegades and one legend says that it was one of Robin Hood's lairs. It also may figure in the tale of Sir Gawain and The Green Knight as The Green Chapel.

The name of the "cave" may come from the Celtic god Llud, or more likely from Walter de Lud Auk, a fourteenth-century follower of John Wycliffe, an early church reformer who held illicit services here far from the prying eyes of the authorities. These followers were known as the Lollards and it is likely they were responsible for carving the steps that lead visitors out of the chasm.at both ends. 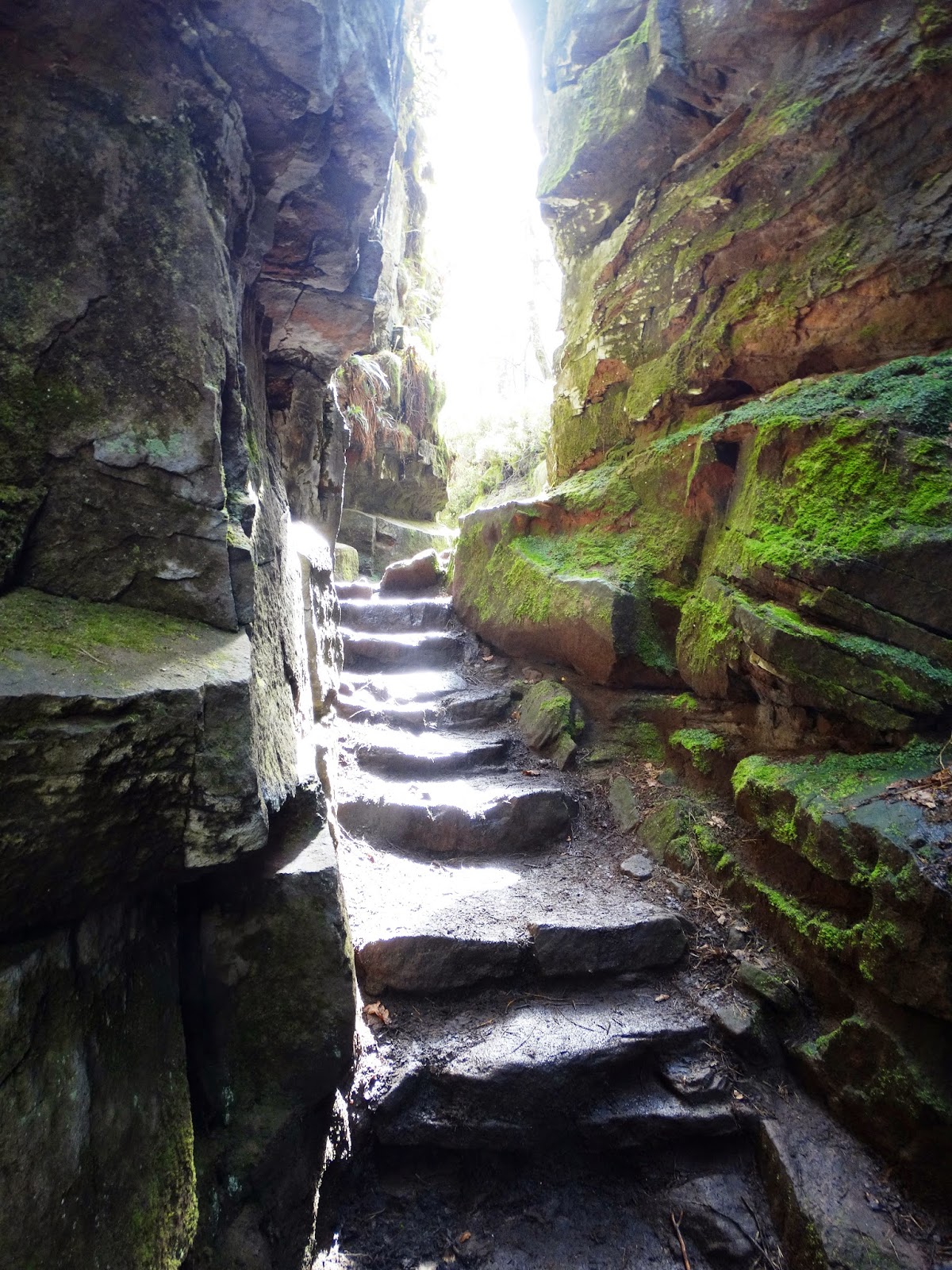 We explored it though other visitors were there on May Day rambles.. It would have been nice to have it to ourselves. There was a fallen tree limb at the bottom into which people have pressed hundreds of coins. A man said that these coins were gifts to some long forgotten pagan deity so I took a five pence coin from my pocket and pressed hard.

It wasn't Copacabana Beach or The Parthenon or Sydney Opera House or The River Nile, it was Lud's Church in Staffordshire but I am glad that at long last we have been there and seen this secret corner of England - a groove in the earth that speaks silently of those who were there before us. 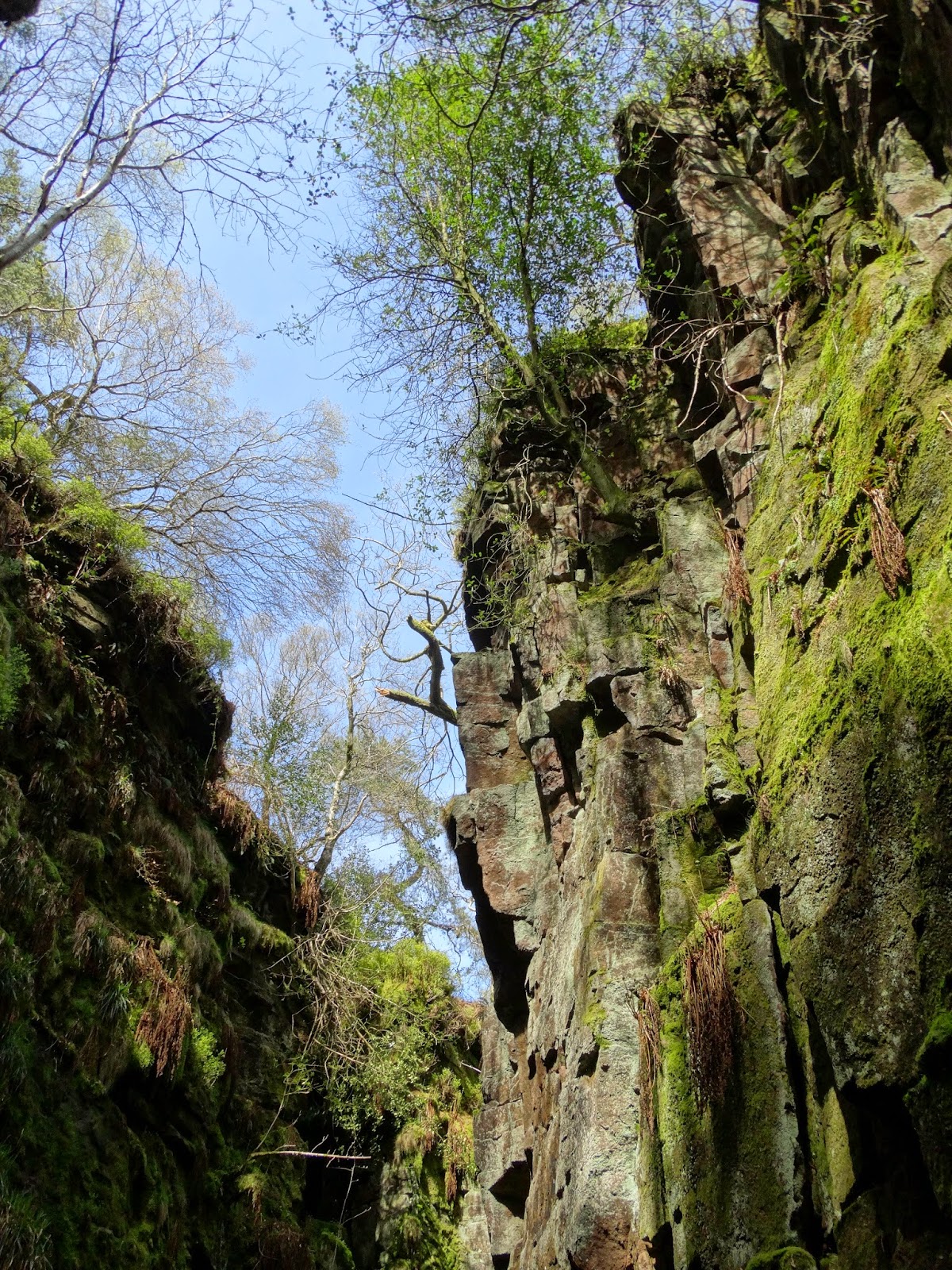