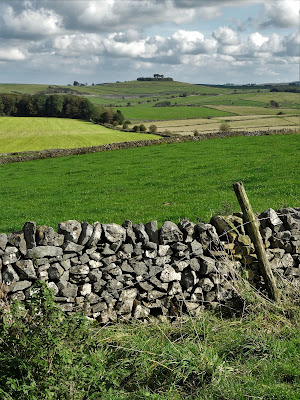 Yesterday felt like the very last day of summer. Without a jacket but with my camera  on my shoulder, I set off walking in warm September sunshine. I was on my way to Minninglow.

It is a special hill in Derbyshire limestone country, commanding far-reaching views over the surrounding countryside. However, that is not why it is special. On top of the hill there is much evidence of ancient burial practices dating back seven or eight thousand years to the Neolithic period. Bronze Age activity is also evident. Archaeologists tell us that Minninglow is the location of the largest Bronze Age chambered burial mound in Derbyshire. 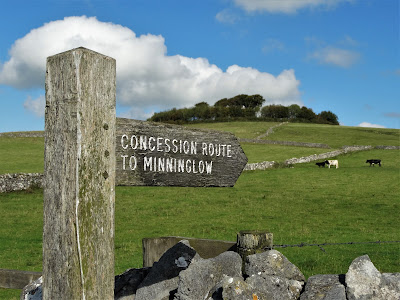 Frustratingly, the burial mounds on the hill were probably first raided by Roman soldiers in the second century AD. Later, amateur Victorian investigators may have taken away yet more valuable artefacts. In this sense Minninglow is rather like one of Egypt's pyramids - pillaged before the more respectful modern age came along.

You might be wondering about the name - Minninglow. It's an odd name isn't it? In Derbyshire the place name ending "low" always refers to a hill and usually one that has seen burial activity. "ing" usually indicates a settlement in Anglo Saxon terminology. Consequently it is likely that we should be thinking  about someone called Minn who commanded a small community on the slopes of this sacred hill. 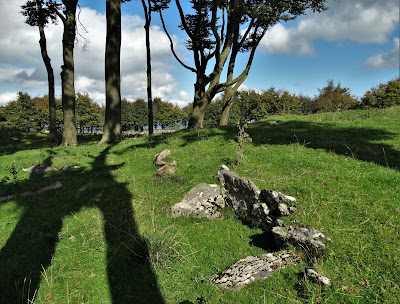 Alone on Minninglow for a few minutes, I rested on the stones, sensing the presence of men and women who had been there thousands of years before. They came to bury the dead and to observe the stars above. With all that we know, we are no better and no wiser than they were.

All of my pictures show Minninglow. 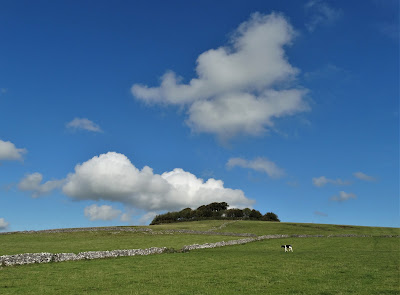 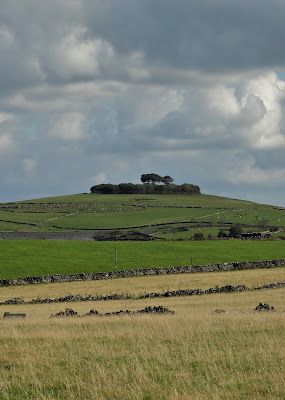 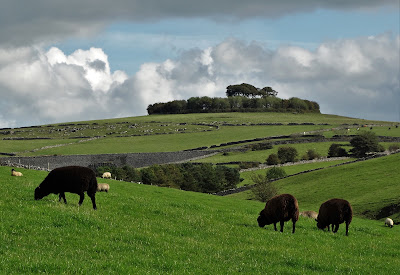