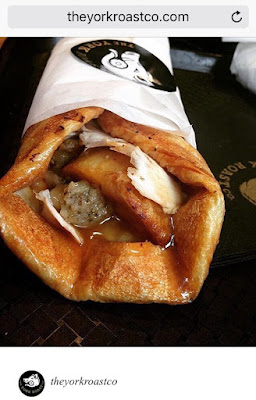 Last week The Yorkshire Pudding Wrap went viral. Essentially it's a medium sized flattened Yorkshire pudding filled with roast meat, some vegetables and thick gravy. The pudding is then wrapped - rather like a burrito. No knife or fork required - you just bite into the thing.

Customers have been queuing up to get their paws on Yorkshire Pudding Wraps at the various York Roast Co outlets across the country. Below a blonde food journalist from London has her manicured fingers wrapped around one of the said items, preparing to plunge it between her pink lips. She will not be disappointed. 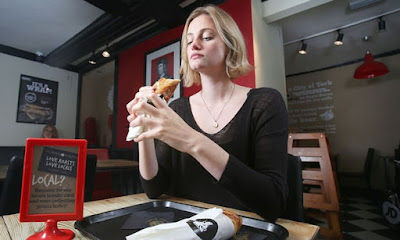 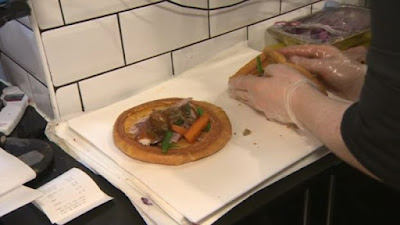 Her's a snip from the menu of York Roast Co. 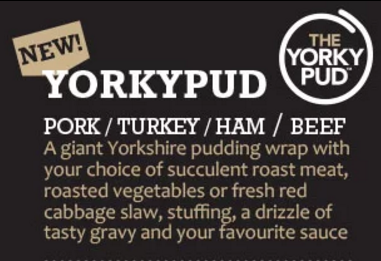 If the popularity of these wraps increases further, it is perfectly possible that I will be asked to appear in TV commercials endorsing Yorkshire Pudding Wraps. The end slogan will be "It's a Wrap!" - delivered in the manner of a famous film director - perhaps someone like Alfred Hitchcock who was, I understand, often mistaken for a giant Yorkshire pudding. 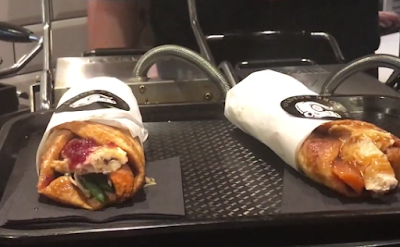